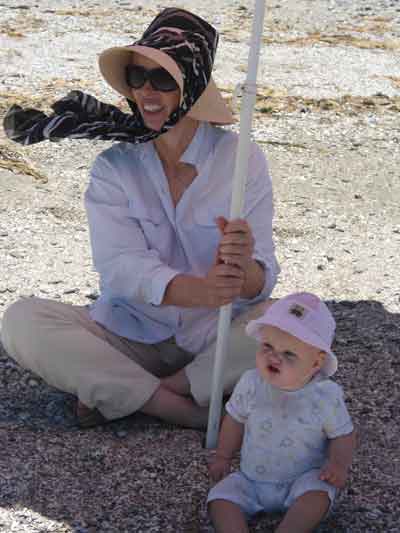 Cari and granddaughter at the beach on the West Coast

Who are these people and what are they doing on my screen?

Wildmoz is about wildlife everywhere, with a focus on Africa – the cradle of life. What Wildmoz won’t have is politics… Africa has had – and still has – enough comment, criticism and judgement to last an eternity and for some amazing reason the whole world feels free to do this. Well I’ve got news for you – we live here – along with more than a billion or so other native Africans! And it’s a whole lot more complicated than anyone realizes, so please, when you come here, leave politics out of it and just enjoy the safari… If you can do something about your problems, then criticize, but only then.

Wildmoz is wholeheartedly behind all good wildlife sanctuaries and does not support zoo’s or circuses, or any wildlife containment, for the amusement of man, etc.

Here’s a story about an African tribe and the Africa that surrounds them, well, several tribes really. No, you haven’t stumbled on an anthropological essay. This is really an explanation of how we all happened to be here, toiling away on the not-so-Dark – anymore – Continent!

So our tribal elders came to Africa, lured by the promise of fame and fortune, planting their feet firmly in the soil and grew roots and flourished. The eleven centuries since this beginning destroyed ties to all other places and now we are all bonded to Africa, as surely as any favorite-son… Apologies none! Regrets none! We’re African. Moz and Cari have four sons, one in construction, Arron, one in wildlife, Joshua, and twins Jason and Asher in IT.

Close Ups of the Tribe

Cari: Daughter of the late Laurens van der Post – the African writer, explorer and humanitarian… She is probably known mostly for her ramblings on Sunshine and Shadow where she indulged her passions for Africa, nature and wildlife before the start of Wildmoz. Cari is all over the Internet, writing wherever any one lets her; she writes content for all over the web. Her own writers website is CariMostert.com where you can also find links to her other material. She is married to…

Mauritz: Son of Peter Mostert, ecologist and founder/member of various ecological boards, influential in the creating of the Timbavati Private Nature Reserve in 1956… Grandson of Andrew Mauritz Mostert, the man responsible for the first tourist safaris into The Kruger National Park, owning the only tourist concession between 1926 – 1937. Grandfather A M was the original owner of four of the farms that formed the original core of The Timbavati Game Reserve… He originally called it the Umbabat Nature Reserve… Mauritz spent much of his youth working on his father and grandfathers’ farms in Timbavati and was present when the (now defunct) Kruger Park border fence was erected on Timbavati’s Eastern edge. He worked in South Africa and Botswana as an expedition guide and co-ordinator for documentary makers associated with National Geographic. Mauritz is the web webmaster/developer accountable for Wildmoz. He is also a wildlife artist, writer and photographer, providing visual content on the websites as well as the illustrator for the African Folktales Series.