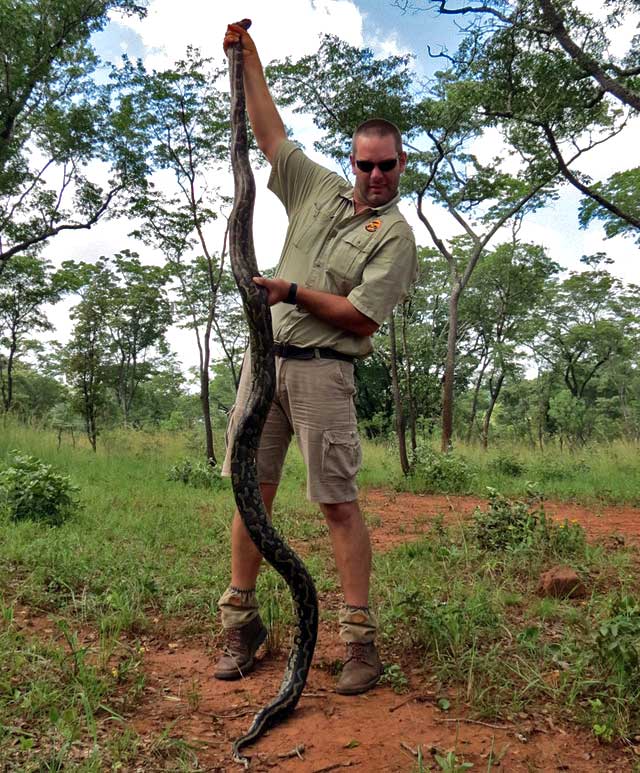 It’s Only a Snake

As snakes go, pythons are not generally high on anyone’s mind. Until you get into real python country and they become the major threat to domestic animals. Traditionally, pythons are killed on sight when found around the compound or camp.

Native to sub-Saharan Africa, the African rock python is known for its bad temper. In its natural environment, the python eats small mammals, antelope, warthog, and birds. Problems start when man and snake habitats collide; the victims usually being chickens, goats, pigs and any other domestic animals the snake fancies.

On rare occasions, rock pythons are known to have attacked people, and there are at least two verified reports of people being killed by rock pythons in the wild. No reference is given for pet pythons and that’s another story. 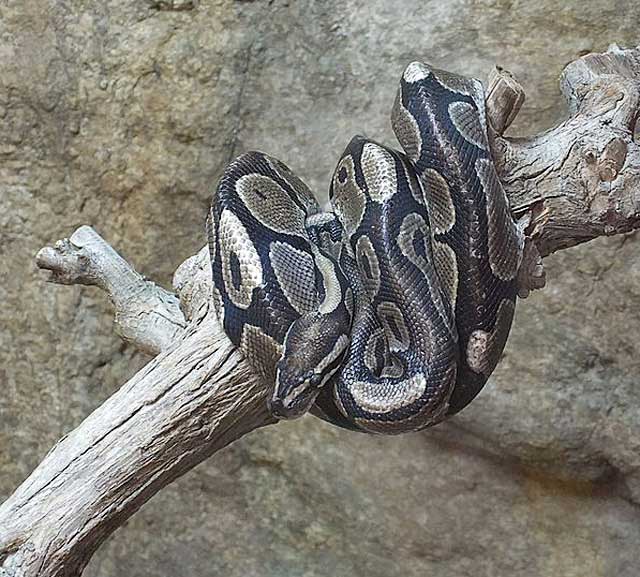 While standing in the backyard of the wilderness farmhouse, leaning on his scrambler. This true story was told me first-hand by a close family member in 2010, still sporting the fresh teeth marks on his face. This is a python story as told by a strong, six-foot tall, dirt bike fanatic in his twenties, working as a snake handler and it goes something like this:

“I went into the python cage to clean up and change the water. Nothing unusual, done it many times before – all in a day’s work for a snake handler – until one snake developed other ideas about me.”

“I was bending down to reach a dirty spot not far from a large rock python sunning himself in a corner. Before I could react to the lightning strike, I was wearing that snake over my left eye. While looking done the snake’s throat, it started dressing itself over me and before I knew where I was, I felt a tail wrap around my legs. All this time, I’m trying to loosen its razor sharp teeth sunk into my cheek and upper head. Thinking, if I can only get its mouth open I will be able to set myself free.”

“This is when I found out the power of the python’s jaw. It wouldn’t budge. I’m thinking, what now, this is getting serious, as I feel my ribs caving in and my airways getting seriously restricted. Still standing on my feet, I now try to loosen the tail grip to stop the snake having an anchor. This didn’t work but I am starting to loose my balance. I know if I go down I’m finished.”

“There is one other snake handler in the park but I don’t know where? So now I start to scream out for help, hoping she can hear me, because at this point, walking was impossible. My whole life was flashing through my mind, regretting I ever took on this job in the first place? You know I’ve always been a snake collector my whole life and this was not the way I envisioned ending it.”

“Regretting my lot in life and thinking, what a way to die, I heard a voice shouting my name repeatedly and some tugging going on around my legs. Then I felt the coils loosen around my ribs and I gasped for air, shouting, get this thing of my face. But when the snake started losing its balance, it let go its grip of my face, diving for the floor. Blood was flooding both my eyes and I was fighting to see. With all those other snakes in that cage, I wanted out and quick. With my helper close behind, keeping any snakes that might attack away with a stick. I am feeling and squinting my way along the wall (my helper shouting directions) until I found the gate. With not a moment wasted, I was out of there and thankfully safe. Once pythons get riled up from the smell of blood, its best to get out of there way and quickly too.” 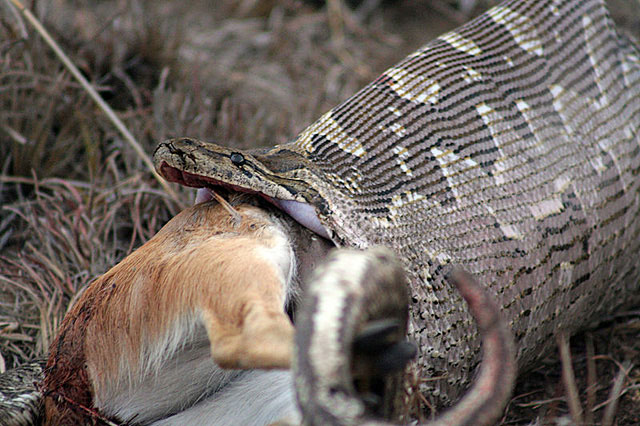 A rock python eating an antelope – courtesy of Wikipedia. 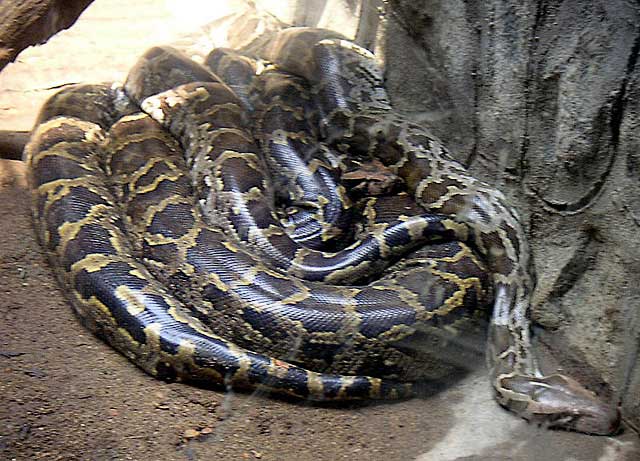 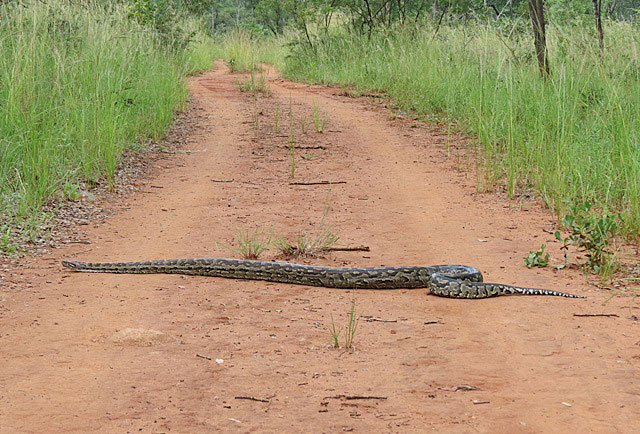