All Queens Should Be Fruitful, Right? 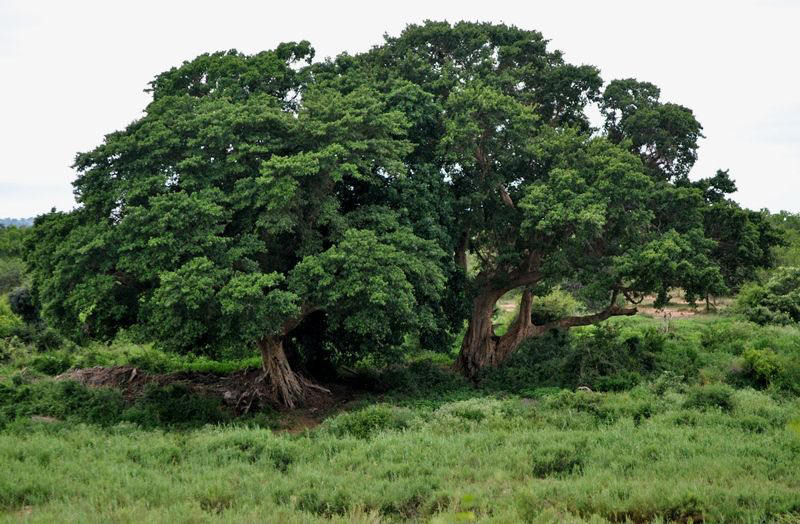 African sycamore on the river bank

Smaller than a gnat

Alright, correction, nothing can be smaller or bigger than a Scottish midge – gnat! Small enough to get through any mosquito net, large enough to get you off the top of a spruce tree – ask any Scotsman. However, it’s definitely smaller than an African gnat – midge. The relevance of the common gnat’s size helps to better understand this article.

Small but ever so useful, which the video below will show in far more detail than this article ever could. The majestic African queen tree is the most widespread of all Africa’s fruiting trees and miraculously owes its life to a humble tiny wasp. 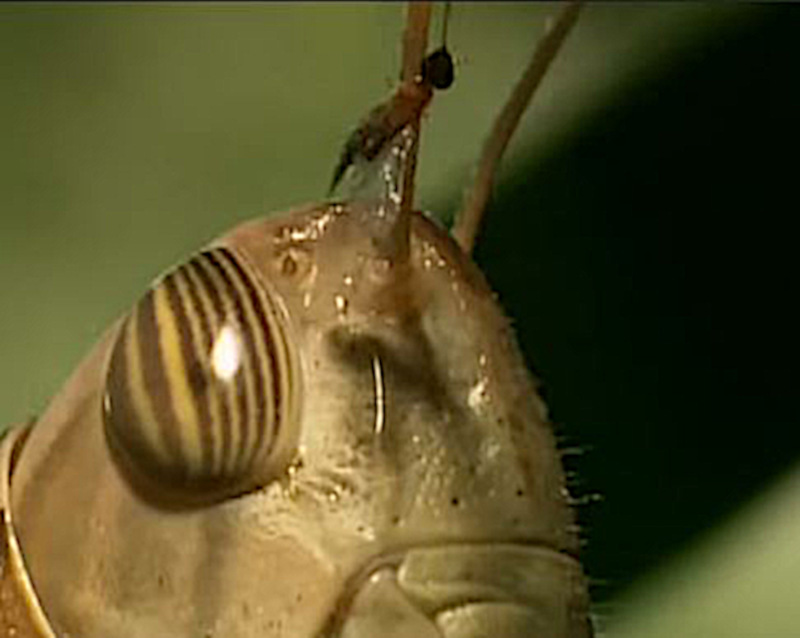 The understanding or common knowledge of how the African queen tree or sycamore fig – ficus sycomorus – is fertilized or pollinated was never properly studied until modern times. People were not even aware of why the tree got covered with millions of tiny flying things, like gnats, other than assuming they were feeding off the figs, or maybe pollinating them. But no one knew for sure.

Among the myriad, miniscule flying things hovering around the figs are thousands of tiny wasps. They must first pollinate the fig, then die inside that fig, for the fig to become a fig – so if you give a fig, you will read on.

Being only one millimeter long, this ancient species of fig wasp – ceratosolen capensis – can fly through the eye of a needle. And that is how the story of the fig tree begins for fig lovers of the African figs, namely all the fruit-eating, creatures of Africa. 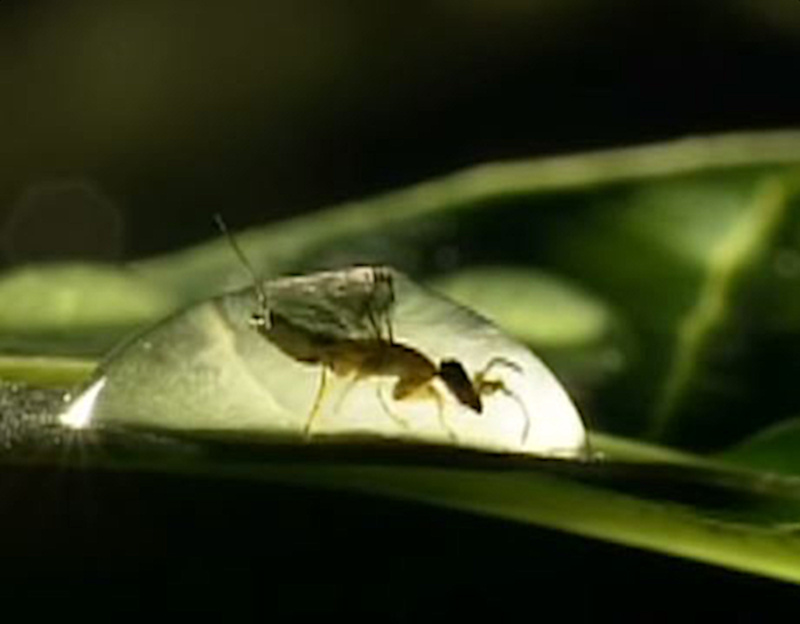 Fig wasp caught up in a droplet of water

If you look at a fig ready to be pollinated, you may think it is totally sealed to outside invaders. But this is not the case for the tiny fig wasp. At the top of the fig is a tiny hole called the ostiole tube, a one-way passage through which the adult female wasps – laden with pollen – enter, feed, pollinate and lay their eggs in total darkness. On their way into the fruit, the wasps lose their wings along the entryway. The tree creates a gall around each egg that protects it while it grows inside the fruit. This process is repeated throughout the fig species and every fig type has its own species of wasp that fertilizes its own fruit, in turn.

After two months, when the young wasps are hatched inside the fig, the female wasps grow wings and the males don’t. When ready, they mate and the male digs a hole – he has no wings – through the fruit for the female to exit. The female, laden with pollen from her birthing fig, flies off to pollinate another fresh fig and the cycle is repeated. While the male will never see the light of day, dying inside the fig he was born in. 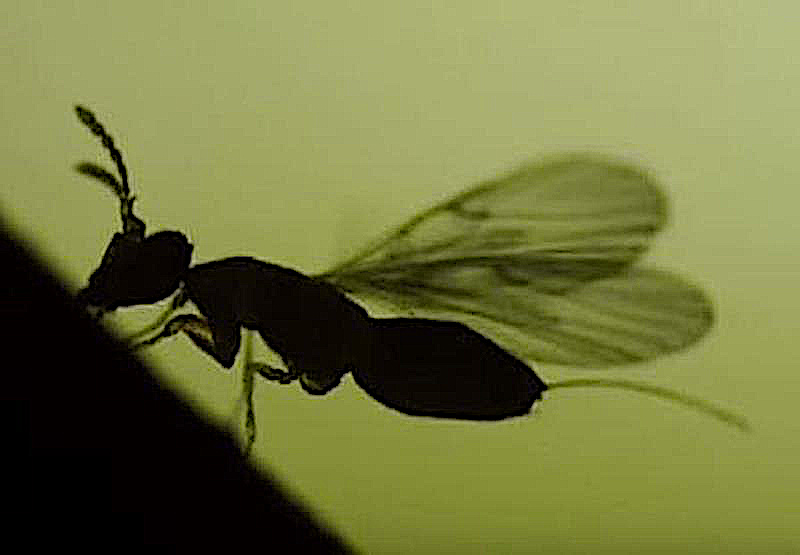 Silhouette of a female fig wasp

If the wasp for some or other reason, failed to pollinate the fig she laid her eggs in, the fig drops those unfertilized fruit thereby killing the young inside. This way you can be sure all the ripe figs you see are, without doubt, pollinated with dead wasps inside.

To find out how the female wasps get out of their respective galls, you will have to watch the video below.

If you are wondering if you ate dead wasps every time you had a fig – depends on what kind of fig you eat. It may help to know this process however, does not apply to the common variety of domesticated fruiting figs because these figs were bred and selected to be non-wasp dependent, producing sterile fruit without fertilized seeds.

It might be of interest to know that the African queen tree sycamore was highly revered for its fruitfulness in ancient Egypt, to the extent that even small fruiting branches were buried with the dead.

Videos play – excuse me – an important role in the presentation of facts and stories far better than any writing can describe – if a picture paints a thousand words, then videos paint ten thousand words. I have seldom been as impressed with brilliance in photography and research, as I was with this video about the African sycamore.

Video run-time: 52:20 min If the video is not working, please click here 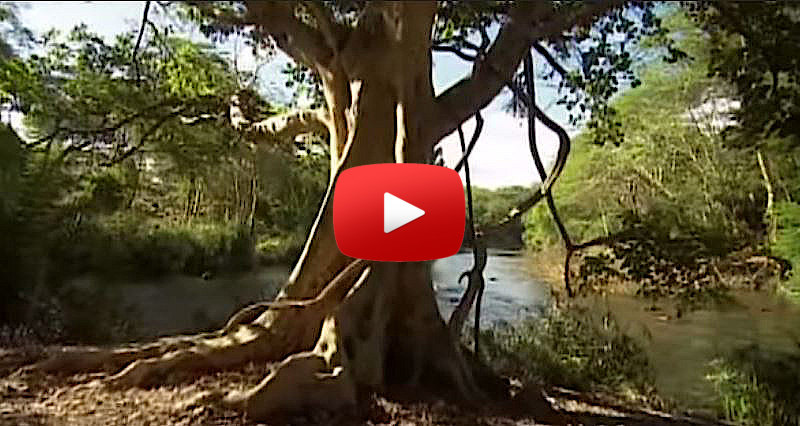