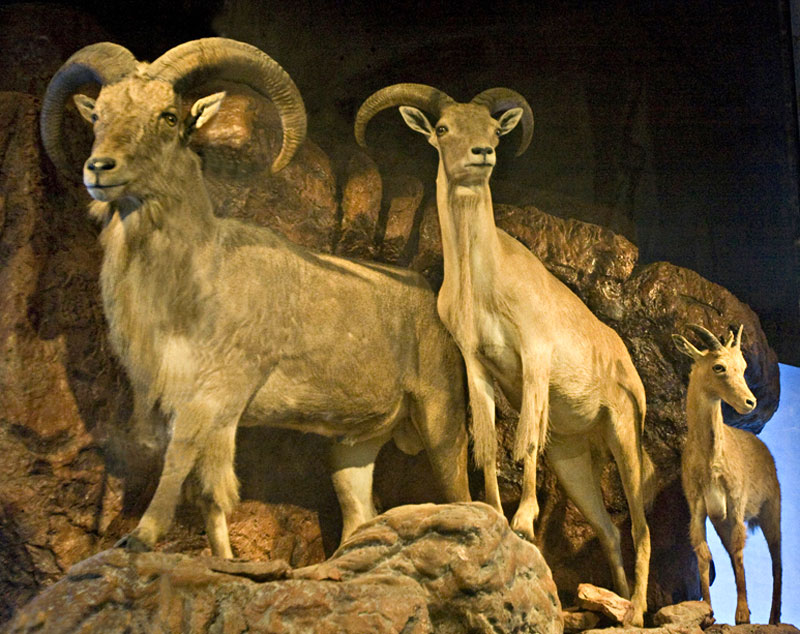 Ok, let’s get this straight from the start, they are not North American sheep. Well, they are now, but they come from Africa. And this is where I am off-topic, because we write about sub-Saharan Africa and these are North African animals.

It has been and always will be, the concern of Wildmoz to bring attention to endangered species of sub-Saharan Africa. But because these sheep are considered to be threatened and for the sake of the subject, I think this will be well worth my study and the read.

The powerful aoudad or Barbary sheep, as the name suggests, comes from the Atlas Mountains of North Africa and the Barbary Coast; the only wild sheep of Africa. Because of their beauty, resilience and strength, specimens were subsequently imported into the USA, in and around 1924.

William Randolph Hearst, the famous publishing tycoon, was the first to introduce the exotic creatures to his Ranch in San Luis Obispo County, California. Known as Hearst’s Castle. This property and the surrounding 225,000 acres was developed as a residence and retreat for the newspaper magnate and has over 138 rooms, 127 acres of gardens, indoor and outdoor swimming pools, tennis courts, a movie theater, an airfield, and the world’s largest private zoo. 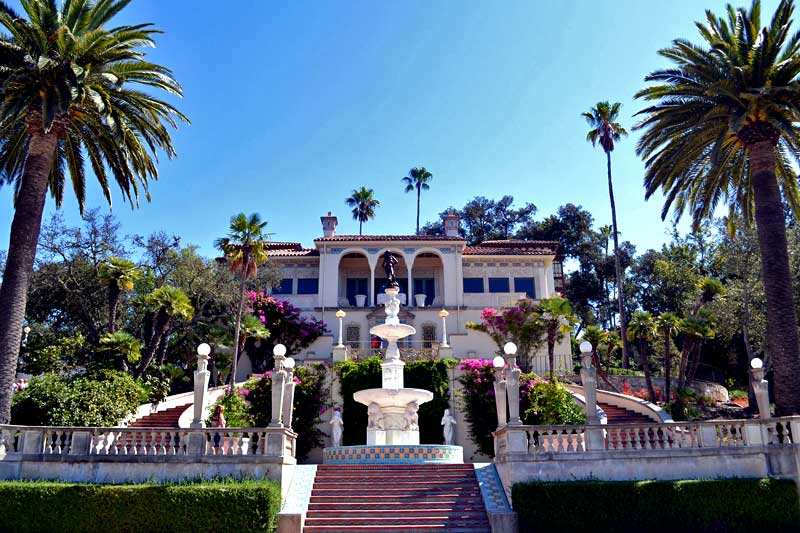 Zebras and other exotic animals still roam the grounds. Since Hearst’s death in 1951, the property has been operated as the Hearst San Simeon State Historical Monument where the estate is open for public tours.

When I was touring the estate some years ago, antiques, art and statuary were visible in abundance but there wasn’t an exotic animal to be seen – they must be camera shy? There were three separate tours each day and to see the whole estate you had to take them all.

Over the years, the new immigrants enjoyed a population explosion and managed to spread all over North America from Mexico to Canada.

Somehow they also found their way into Spain, which of course is next to the Barbary coast, across The Strait of Gibraltar where they are multiplying at a fair rate. So ingrained are the Barbary sheep in Spain, that a ram was used as the emblem of the Spanish Legion.

These sheep are not protected in North America–being exotic, as opposed to indigenous animals. Because they present a habitat conflict with the American Bighorn Sheep and stock farming where they are regarded as vermin and mercilessly massacred from land and air – helicopter, that is. This below is the way its supposed to be done according to conservation.

But ranchers say the cost is prohibitive, considering the large numbers involved. So, hunting them out is the current trend to preserve the grazing for stock farming. Seeing the aoudad are being killed off like flies in the US – hunters use automatic rifles from helicopters – in the meantime, being endangered, it might be time to pay attention to our own predicament and keep these wonderful animals from dying out in Africa. 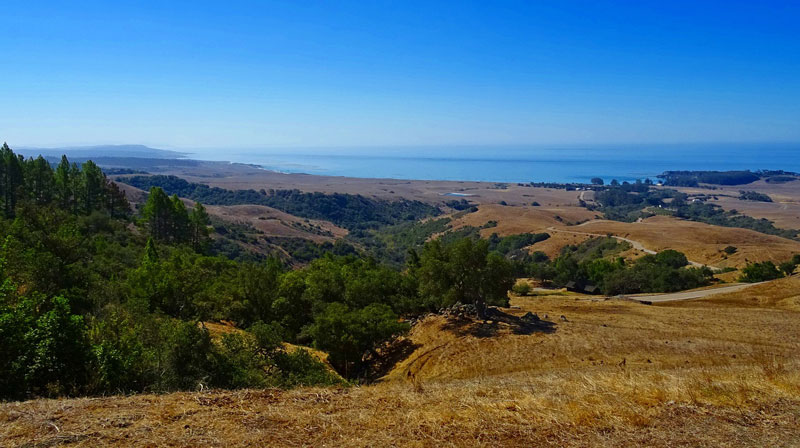 Like their Northern cousins, the Barbary sheep are well adapted to their home on steep rock-strewn mountains and deep canyons. The aoudad is nomadic, traveling continually through mountain ranges and will bolt at the first sign of danger, typically running uphill.

Here in Africa, is where they must be protected and taken care of. And, ironically it is here, their home continent where they are endangered. So, go figure?

Why are they on the IUCN red list for Africa then? What has happened to the population numbers on their home turf?

With all their natural attributes, the species is in decline and is classified as “Vulnerable” in the wild. With the extinction of the Barbary leopard and the Barbary lion – in the wild – as the sheep’s main predators, only the caracal remains. With their main predators missing this should have helped them multiply, but no. What went wrong?

Simply put, the survival of the wild aoudad in Africa hangs in the balance due to competition for food and water from domesticated animals. Strange, in the US there is a role reversal. Here in Africa, conservation areas need to be established to bring them back from the brink of extinction before it is too late. In case anyone is interested, on ranches in Texas, our aoudad is regarded as a very rewarding venison, having made many a tasty cowboy stew. One for the aoudad!