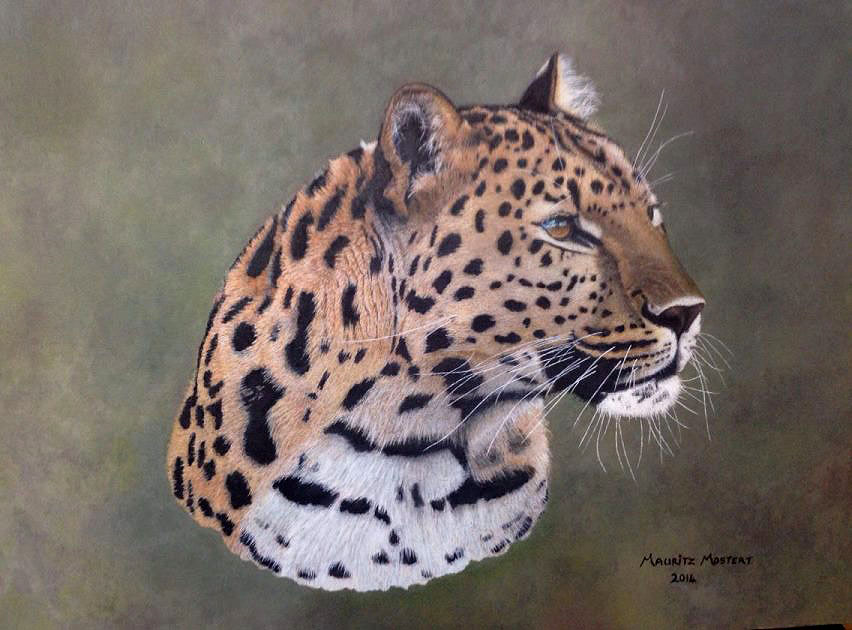 Anticipation! What Does He See?

Leopard Portrait in Oils by Moz

“Anticipation” is available in limited edition canvas prints. This magnificent leopard is the first in a new group of Mauritzs’ work, featuring the big five in portrait form.

Painted in oils on canvas board, this leopard portrait measures 44 x 61 centimeters or 17 x 24 inches.

The die was cast two generations ago, when Mozs’ grandfather settled on the edge of what is today known as the Kruger National Park. Decades of family involvement in wildlife conservation, ecology and tourism followed.

The young Moz grew up in the Timbavati bushveld, indelibly influenced by the stark beauty of Africa and her animals.

His ability to paint wildlife so eloquently, comes from his deep love and lifelong respect for the creatures that share his environment. Backed with solid talent and a keen eye, he brings out the unseen characters of his subjects.

Because Mozs’ studio and my office now share the same space, I got some shots of the work in progress and I thought I’d share a couple of stages this wonderful painting went through before completion.

When Moz begins, the first detail completed is the eye, to “fix” the soul of the animal in his mind before the real work starts. Here the fine detail is being added over the basic color sketch. Note the hairs in the ear. 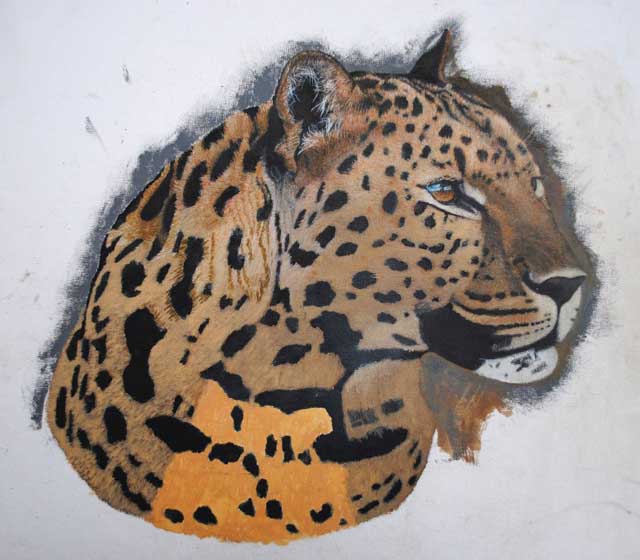 Here, the many layers of color that make up the fur are being added. The entire painting was done using “1”, “0” and “00” brushes! To give you some idea, these are the same size and smaller than brushes used to apply eyeliner.

The finished result is an image so alive you feel that you could reach out to stroke the fur beneath his powerful neck muscles. His eyes are fixed on some faraway object – a herd of wildebeest, an impala perhaps. With slightly raised hackles, our leopard is quivering with anticipation… 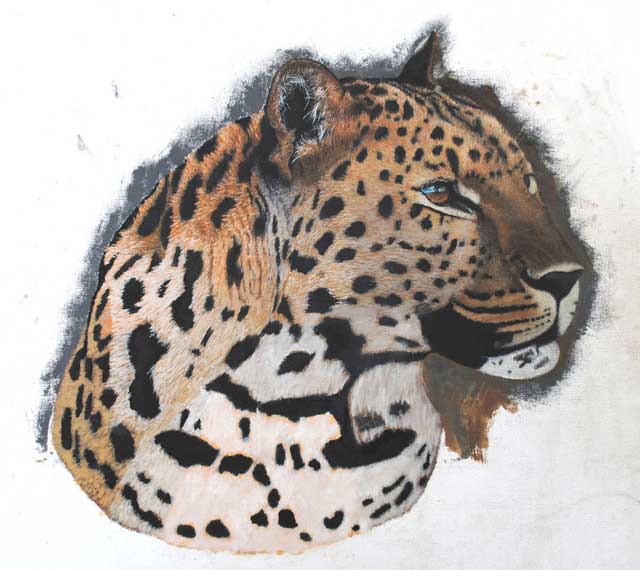