Cell Or No Sell! It’s Dangerous! 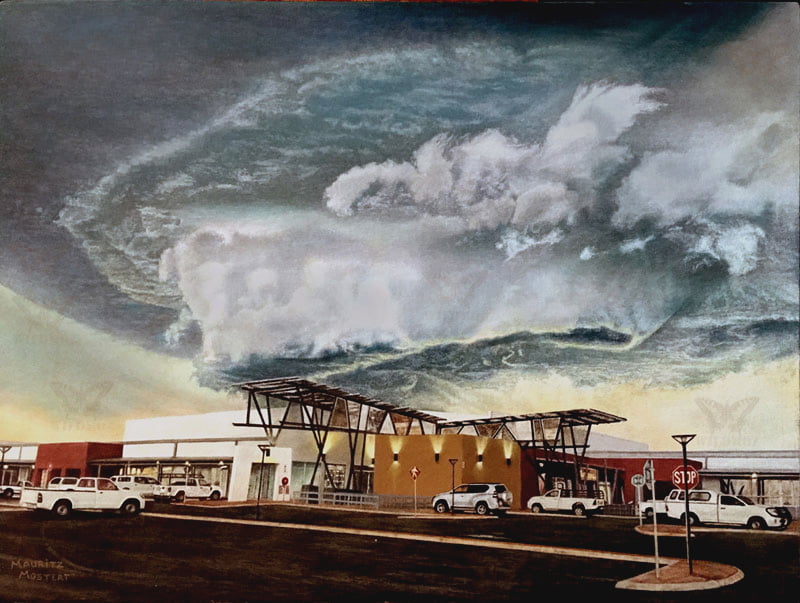 And the rain kept coming. Then a supercell showed up. (Oil on canvas on board: Size A0; 3’x4′)

When a painting paints a thousand words.

Have you ever had a laptop, tablet or cell phone stolen or lost? If so, then you know how that can change your life, sometimes irreparably.

This is that kind of story — with a good ending — thanks to a painting. 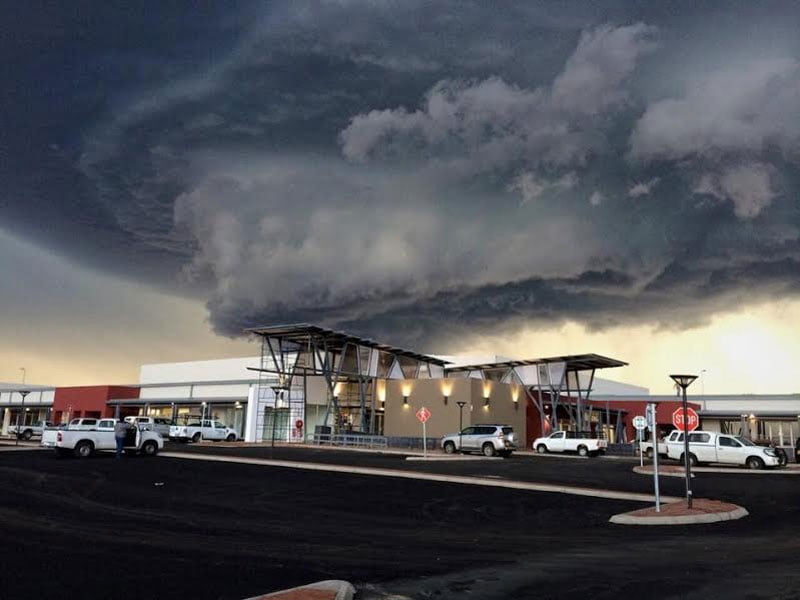 Original Image from the internet.

My client is a mover and shaker in the construction industry. And one particular day, the client was confronted with the arrival of a supercell threatening to do major damage to the almost-completed Wall Street Mall in Rustenburg, South Africa. 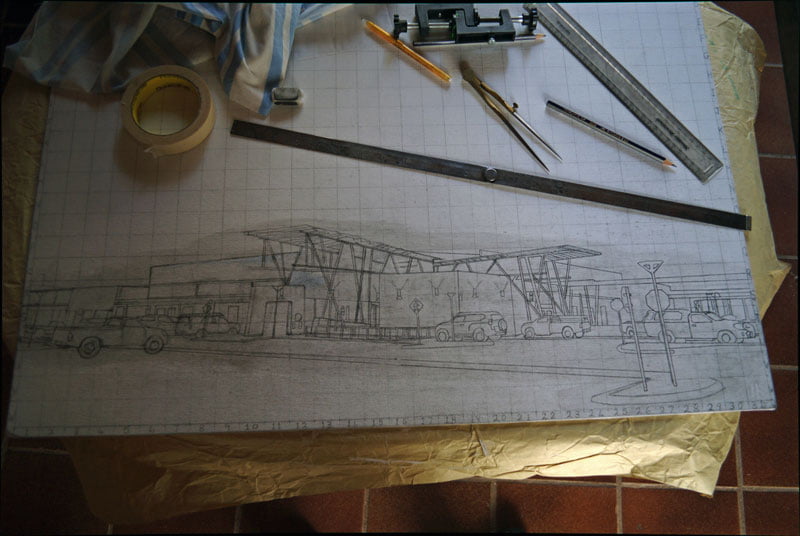 With that in mind, think how you would react to the possibility of having your hard won project records wiped out in seconds and maybe you with it?

The point is, my client kept their head, made a record of this unusual incident for posterity and a striking photo at the same time. 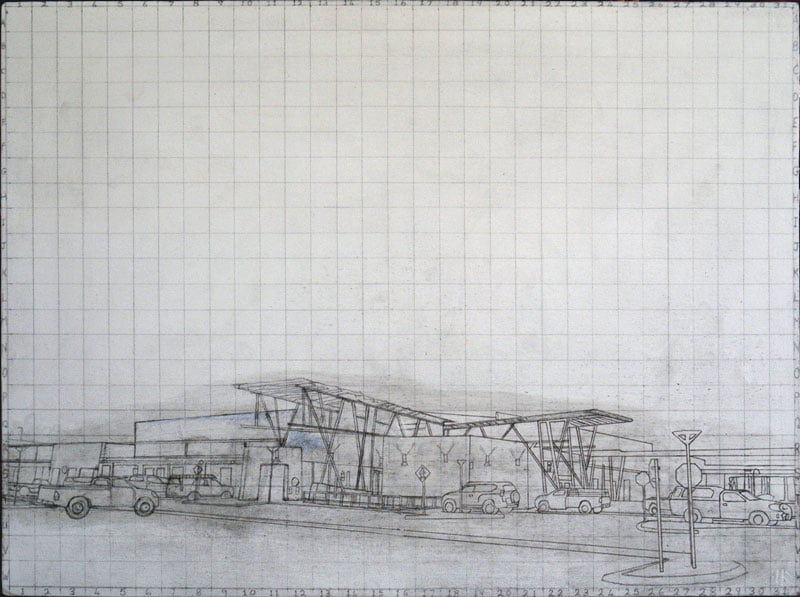 Fortunately, the storm went by without malicious damage, creating a beautiful image for the record. First thing we modern people do is put it on the Internet. That’s what our client did at a resolution size of 384 x 288 pix.

A short while later, the client’s pickup was broken into and their laptop was stolen with all the photos and much more, now missing. 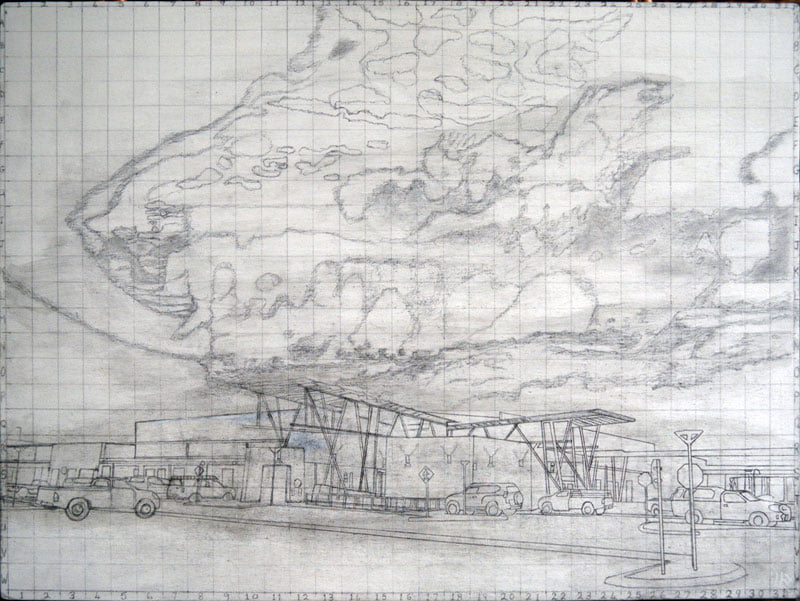 The only photo of the supercell over their construction was the much reduced, pixelated image on the Internet. Certainly not a picture that would paint a thousand words. So what now?

Get hold of an artist trained to reproduce accurate images in oils on canvas. Easy, right?

In this case the client knew of such an artist but could he decipher all the details from such a pixelated image?

This is where the fun part started for me. I was chosen as that artist, not because I can paint well, but included in being an artist, I am trained in deciphering images with advanced digital programs, etc.

The client and other onlookers remarked on the tremendous amount of light that surrounded them and the buildings. This challenge made for a fair amount of apprehension. I need not have worried, because the client was struck by the light on first view. Happy me! 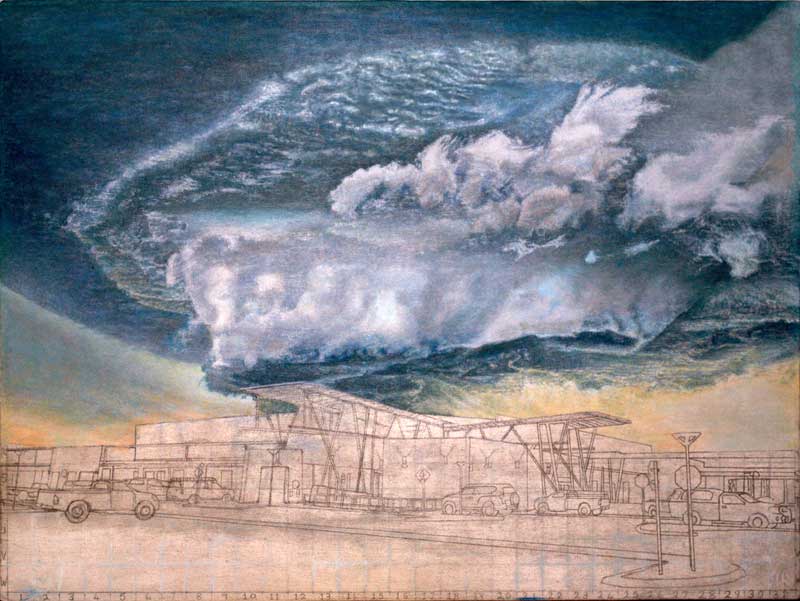 My client also had high ideal when it came to the paintings size. He wanted an A0 size (that is approx 3feet x 4feet or 580 x 1200mm) painting for behind his office chair. This is where modern technology and ancient art marry into compatible partners. First, repair and rebuild the original pixelated image – 384 x 288 – (5″ x 4″ or 10 x 12cm) to a recognizable facsimile for copy. This was done by collecting as many other images of the same supercell from other angles as were available on the Internet. That was very useful — mainly for the colors — because the pixilation had played havoc with the texture and color of the photo, making it dark, murky and grey.

And that is what happened and a painting was born. The end result pleased the client even better than the stolen original, because the scaffold – used for signage – for one, could be left out of the painting. By copying the character of the supercell from other images, I was able to raise the image and remove some unwanted parking lot to make the finished painting an A0 size – 841 x 1188mm or 3′ x 4′. 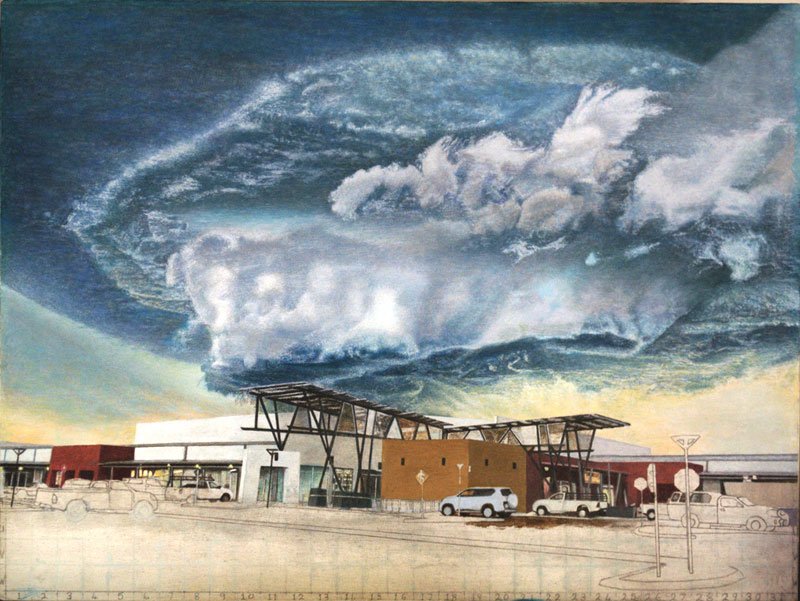 Supercell-Painting-Stage 5 and the final at the top.

It pleased me that my client was happy with the end result. And after a bout of carpal tunnel syndrome — from editing on my part — the painting was completed as you see it.  A reasonable but large A0 facsimile for the client to hang on a wall and the only image around that represented the hard work and a memory of the storm that almost never was.