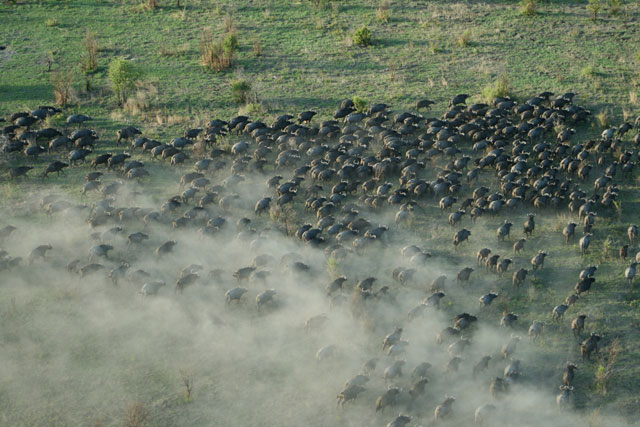 Buffalo now on the move. How many buffalo do you guess are in this image?
See our expert’s strip count below.*

A buffer against the buffalo.

It was a capture like most any other, although this time over five hundred buffalo was the order to be filled. Work, work, work and yes, more work. Happy is the occasion when all goes smoothly and according to plan but I must tell you, when dealing with animals and especially wild animals, that will never happen.

There are many actors who refuse contracts if animals are involved in the film and we are usually talking domestic ones. W.C. Fields has been quoted repeatedly as saying, “Never work with children or animals.”

There is an old Land Rover with no choice in the matter of animals and children. It has been adapted for just that; working with animals. Well, to say it’s been altered is somewhat weak, because this old, buffalo wrangler has been adjusted and readapted many times in its tough role as scapegoat and head honcho. She’s been steamrollered over and again by some well meaning attacker, died and been reborn too many times to remember and still in for the challenge.

You may remember an article a short while back about Land Rovers, although this one is sacrosanct. This honorable, beat-up old lady is still going strong and serves the wildlife industry without a murmur…most times. 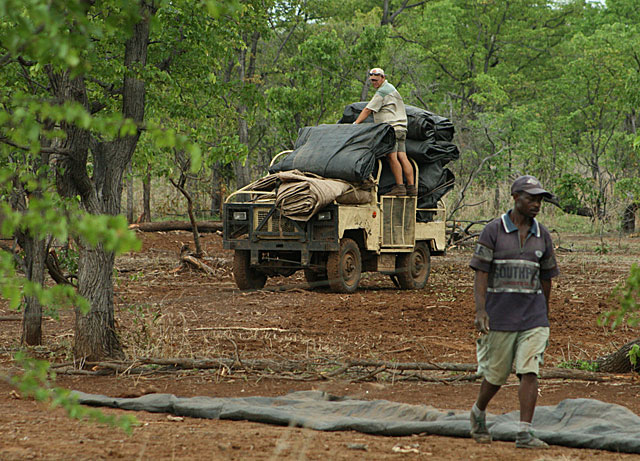 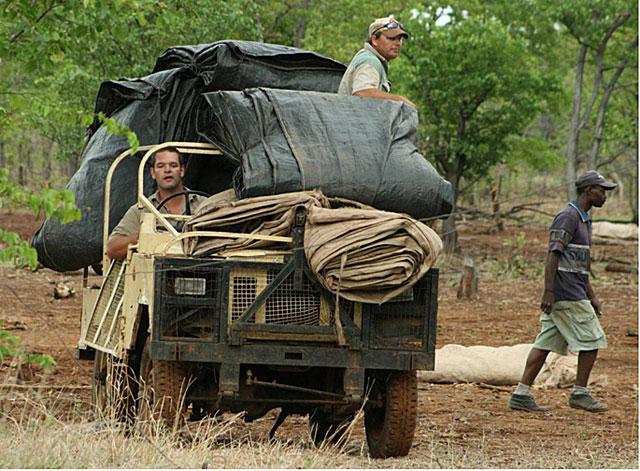 Back to the buffalo; we have a boma set up in the form of a funnel – 1st image. Here, as you can see above, is Ma-Landy’s job because of the versatility of her build.

In comes the helicopter, ideally suited and equal to the task at hand, corralling masses of buffalo into the boma and on to the waiting trucks. One after another they come, in worm-like-procession. Keep-em-movin’ is on everyone’s lips and minds and near frantic action is called for, remembering these animals are all precious and potentially dangerous.

Losing an animal is both painful and costly, leaving a bad taste in the mouth with unhappy memories of a spoiled venture for all the team. Obviously, every effort is made to run as efficiently as is humanly possible, then again we come back to that unpredictable animal behavior story. 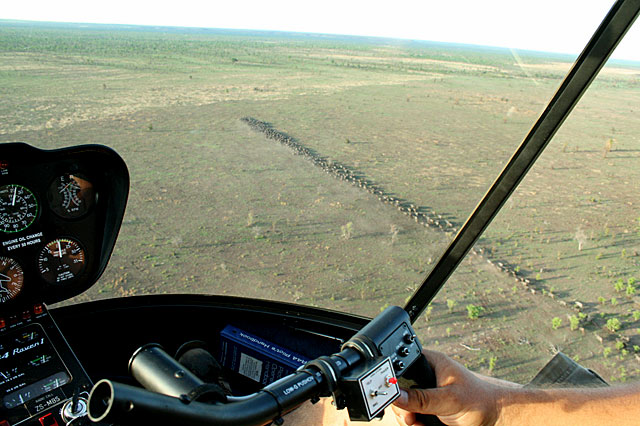 It starts with this. 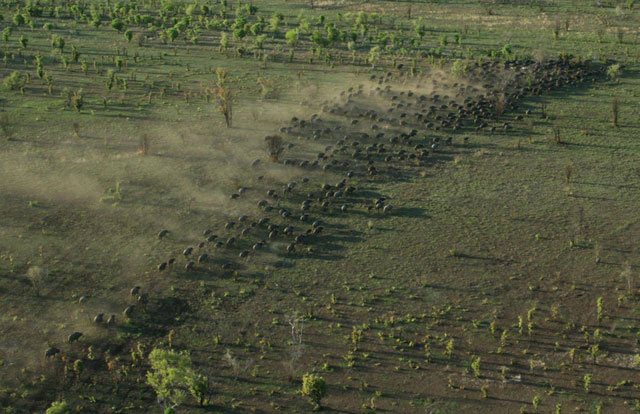 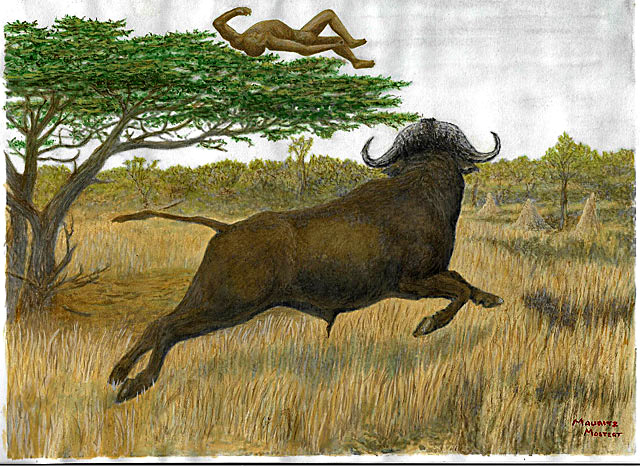 We try to avoid this.

Mauritz Mostert watercolor, “Fire and Fury” in the style of E Caldwell 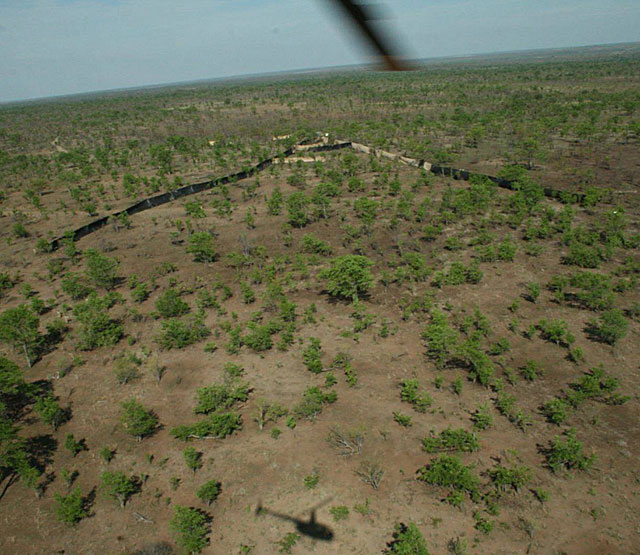 Then comes the open boma. 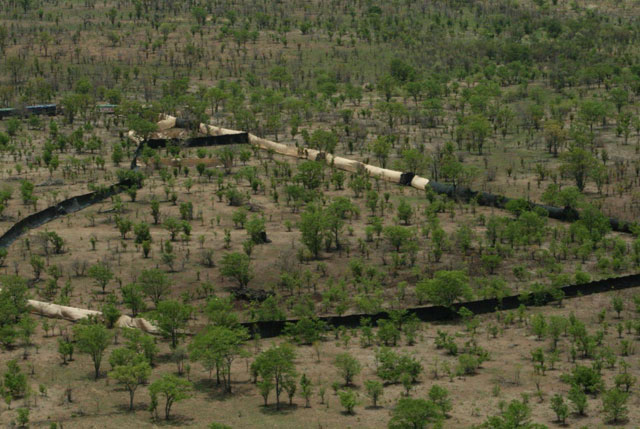 Inside the now closed boma and Ma-Landy goes into action. 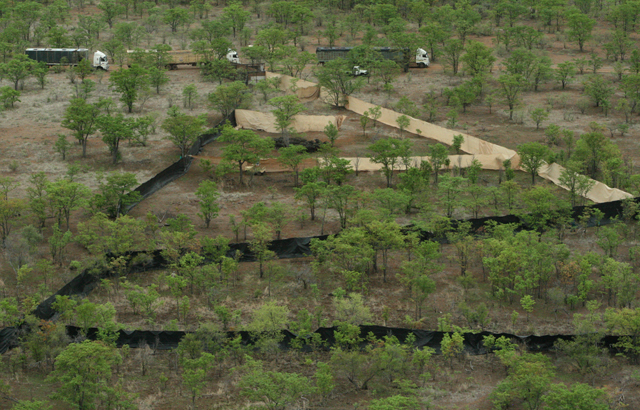 Slowly slowly does it. Another group of buffalo at the final stretch.

As I have said before, buffalo are very intelligent animals with amazing organizational skills. There is an inherent problem with herding highly organized and intelligent animals like buffalo and that is how they are thrown into disarray. Their ‘point men’ – pathfinders – are all over the place and others that don’t know the drill, find themselves in the front of the fray with no guidance, with the pathfinders in the rear.

Ask yourself this question. How do the front-runners know when to move unless pushed or pressured from the rear? Then again, what does a leading pathfinder feel like when he is forced to the back of the group? This is a unique opportunity to discover both the intelligence and temper – protection – ability of the buffalo incurring minimal damage, in this case of ours.

OK, our Ma-Landy is the pressure in the rear. For obvious reasons, you don’t go pushing buffalo around on foot, if you want to complete the job. Now is where a picture paints a thousand words. 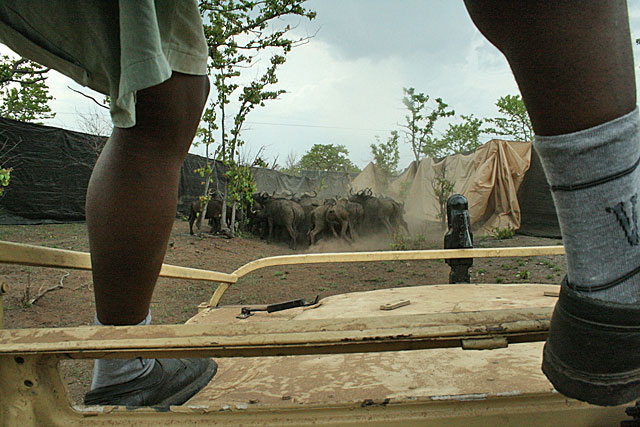 Ma-Landy at her best work. 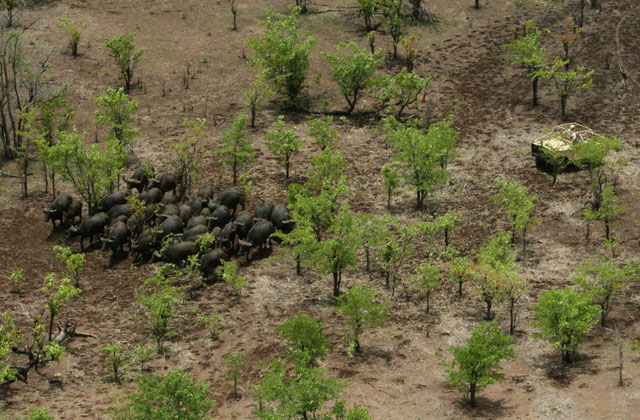 A small group cut from the herd. 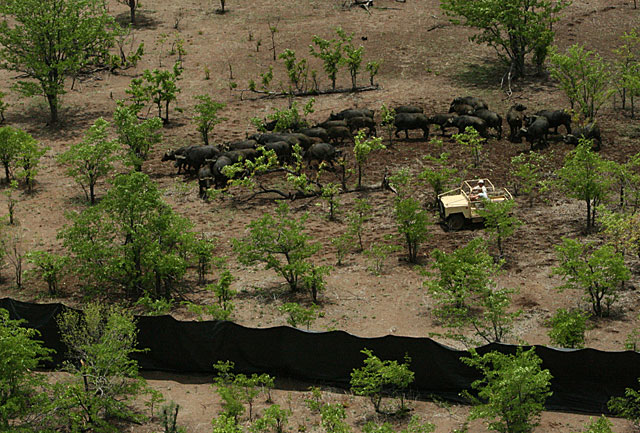 Trying to turn back and Ma-Landy is ready. 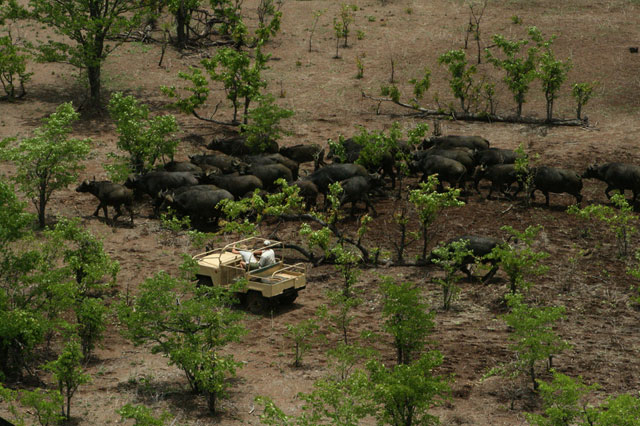 Here comes the unseen action. Spot the bull. Uh, pathfinder, as defender of the herd. 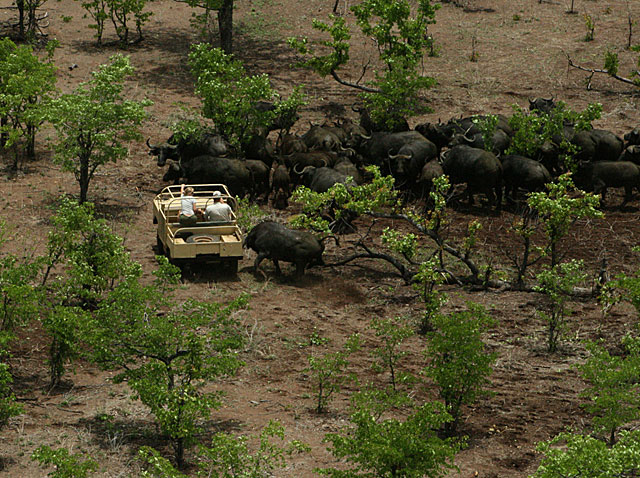 Vet Jacs, “Watch out Josh.” Too late, she cried. 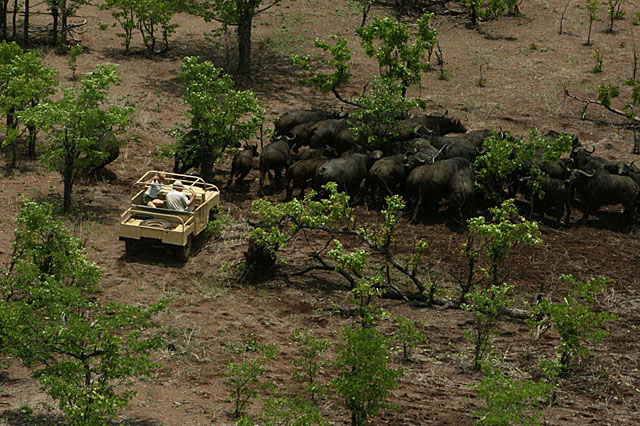 “Darn, this driver keeps getting me dented. That was hard. Well, he does the welding.” 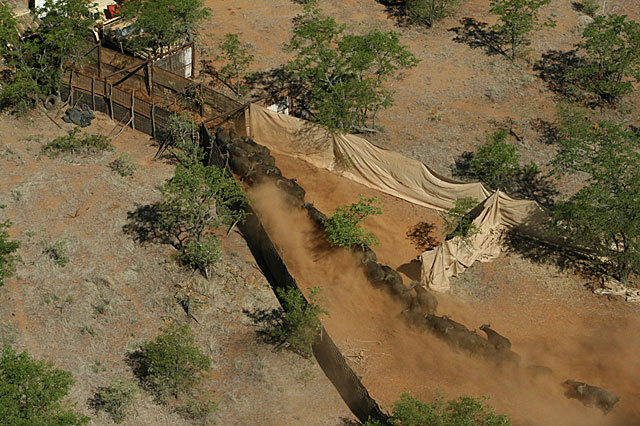 Success! Another bunch in the trucks. Next? 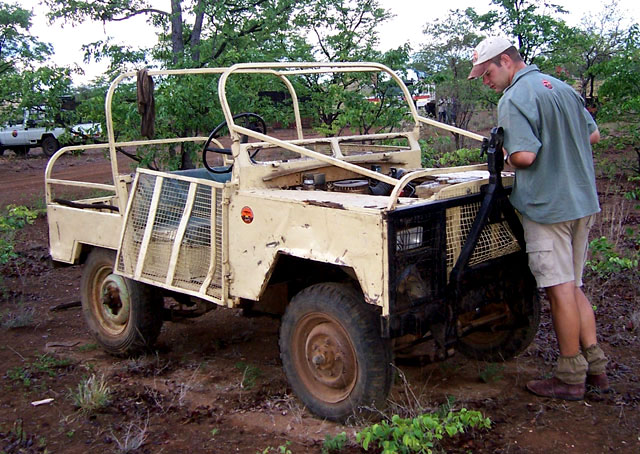 I don’t know what words were used on the hit-and-run, maybe something like, “We have it all under control, chappie.” the buffalo must have been convinced, turned around and left.

When you watch the video below, there is a very important comment made by both Jacs and Josh. See if you can pick it up and you will know why these buffalo were slightly more tetchy than usual.

*Expert’s strip count counted 435 buffalo. How did he count them? Well, he says, “you count the legs and divide by four.”

There’s a bonus in this video I’m sure you’ll love.