Glomalin. Nature At Its Best 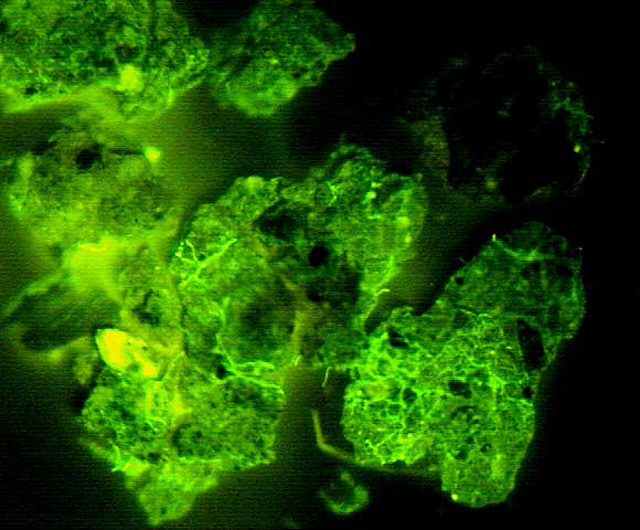 Kryptonite? No glomalin on mycorrhiza, made green under examination.

It’s all in the glue.

All of creation is a symbiosis. Yes, all of us too.

You need the Creator to create the seed,

You need the earth to grow the seed,

You need the farmer to plant the seed,

You need the rain to water the seed,

You need the sun to ripen the seed,

You need the bee to pollinate the seed,

You need the reaper to reap the seed,

You need the miller to grind the seed to make the flour,

You need the baker to bake the flour to make the bread,

You need the store to sell the bread,

You need the bread to give you life,

Such-like is a symbiosis.

That is the macro world and before that, you need the micro world and that is what mycorrhiza is a part of and is the part we cannot see unaided. This world is no different to the macro, in its symbiosis and it is this world we are dealing with in our article.

Like me… just when you thought you had learned everything in basic plant management, along comes new research to throw all your knowledge into disarray. In 1996, Dr. Sarah F Wright – with her colleagues from USDA’s Agricultural Research Service – isolated glomalin, a glycoprotein that symbiotically exists with mycorrhiza, the fungus that makes plants grow. Fungus? Oh, yes indeed and lots of it. This ancient fungus comes by the name of mycorrhiza and in this article, we are dealing with arbuscular mycorrhizal fungi and glomalin as one, namely AMF. There is also an ectomycorrhizal fungus and to avoid confusion to the layman, it has been excluded here. Once again, we are into abbreviating a vast subject, far too big for one entry.

Enough of the big words already! I believe a one-dollar word is always better than a ten dollar word – if possible. In this matter though, it is going to be hard because of the importance of knowing this vital development with such a huge impact on our knowledge base, but here goes.

If you have studied ecology or nature conservation, then you should know about the essential fungus called mycorrhiza. Now let me ask you, have you ever heard of the manmade, renewable, growing black soil known as terra prate – anthropogenic soils, dating from 450 to 4500 B.C. – a world mystery many want to replicate? Confused yet? No! OK, let’s move on, it’s going to be ‘very worth it.’ As our three-year-old grandson said to his older toy-raiding sister, while clutching his toy to his chest. “Its mine! It’s very mine!”

Well its going to be ‘very yours,’ when you read this amazing story of how the forests of the world live, which does not exclude your modern day breakfast cereal. et al.

In the wake of the current alien American army-worm invasion of Africa – although what’s wrong with our own army-worm, – the need for AMF becomes even more vital, for combating these mishaps.

Heard of the 1930’s Great American Dust Bowl, where thousands lost their farms while others starved. That’s going to happen again if we don’t pay attention now. We are having floods, droughts and pest invasions, affecting the world at large, like never before, which causes us to need more AMF. But how’s that going to help if we don’t know what we can do about it? As Mark Twain once said, when asked what the best investment was, he remarked; “Buy land they’re not making it anymore.”

Disasters we can’t stop and AMF won’t help you when you’re raided by armyworm – American or otherwise – or locusts, for that matter, but the key here is rehabilitation of your soil by means of good ecological management. When done right keeps working on its own, unaided by man. Without the glomalin glue, plants won’t grow properly. Plants are dependent on fungus to survive properly, – natures choice – as they were intended to be. 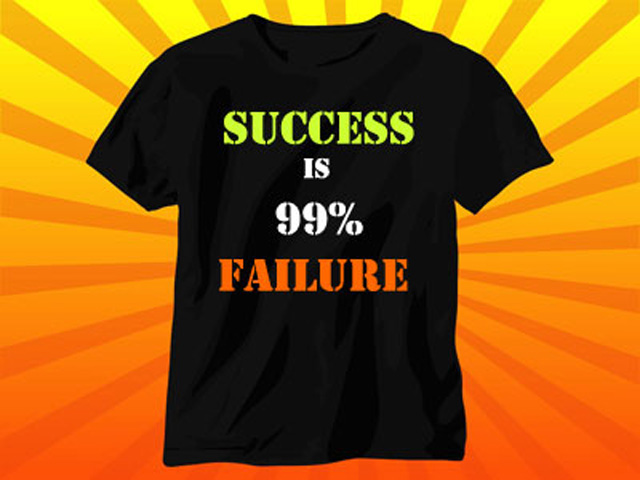 If you fail the first time, try again…

To give you an idea. Years ago, we were going to grow a moringa plantation – moringa oleifera – and AMF became a very necessary inoculation for those trees roots. The inoculation had to be a match for that plant type, seeing we do not have moringa trees growing naturally in South Africa.

AMF is best described as a fungus that grows on the plant roots and is generally specific to each plant type. Glomalin is a glycoprotein – sugar – for our purposes. It’s best to call it a symbiotic carbon sugar for mycorrhiza. Or else, we are going to get into some serious scientific stuff here.

First off, the name mycorrhiza comes from the Greek, meaning fungus, mykes, and root, rhiza. This mycorrhiza is a fungi that grows on the root systems of 92% of plant families from gardens to commercial crops to forests around the world. Enveloped in the AMF is glomalin, feeding the mycorrhizal fungi, aiding both fungus and plant. The exciting part here is, you can now influence this growth process by adding it yourself, then leaving it to do its thing.

So, it goes something like this. You buy your seeds, get good compost, plant your seed and at the same time adding with it, the type of AMF inoculated granules it needs – you can find them online. And that’s it, your own super organic world. Another less successful method of inoculation can also be done using old well rotted earth, from under deep-rooted established plants, like trees or shrubs.

Glomalin is in your AMF, as well as in your organic soil, – if you have any – so your plant will naturally interact with that soil from then on, utilizing nature’s best methods. Be ready for the added nutrition and taste sensations you’ll have, especially notable in veggies like tomatoes. Please note certain brassicas like cabbage, broccoli and cauliflower smell too bad for AMF to like them ;-)

Mycorrhiza is the rule of nature, not the exception, so go with the flow and grow mega crops the best way. One would think the Creator of all things needed companies like Monsanto’s help to improve your food. Well that’s a big mistake because the mycorrhizal root system increases the absorptive ability of the roots 10 to 1000 times greater, increasing root growth up to 400% while giving your plant all the 15 major micro and macro nutrients necessary for best growth, without fertilizer, or poisoning.

Whereas monoculture – Monsanto style – kills all these benefits, making your ground slowly turn into a lifeless desert, affecting the taste and nutrition of your food as well. AMF does the opposite by gathering carbon sugars from the plant symbiotically through glomalin. Glomalin contains 30 to 40% carbon, which assists in the creation of these glue particles known as aggregation, while aiding the life needed for plants to grow or exist in the first place. Glomalin accounts for 27% of all carbon in the soil. By sticking sand, dust and clay particles together, glomalin creates aggregation, which we know as a good tilth and without it there is only powder or lifeless sand.

It was over-plowing that created the American Dust Bowl, by killing the AMF and in turn the glomalin, which is the glue, creating sand and dust instead. It is not for nothing, you must till your soil well, – minimum tillage accepted – then leaving it fallow every seven to eleven years. Then again, if you leave it completely alone, you may one day find elephants feeding on your patch.

At this juncture, I hope I have whet your appetite for a superior world, where things grow better, rather than going backwards by killing it, as most people are doing today due to a lack of education. You may think farmers you talk to, take no interest in what you say but you will be amazed at how much – good knowledge – will help them be – good custodians – in saving their future investment and your planet at the same time.

This is where the collective whole makes a difference over time, so don’t give up if you are serious about your planet. I am well versed at the cold shoulder, having been a farmer myself once and I can tell you, facts make a difference. If a farmer cannot do organic farming, then let him do minimum tillage for better crops, or at least try one or two acres.

If you feel you can make a difference; then join soil experts studying terra prate, and see how it has influence the world’s knowledge of soils today. Terra prate, the living black soil of South America, was started by local communities in the Amazon basin, making compost for their crops, in some of the most impoverished soil in the world. Today we have examples of this soil, as well as the soil made in their own back yards and look where that has led, proving your little patch will make a difference if you care; if not for the world then for yourself. Armed with the information from this article and our earlier DE article, you have a recipe against disaster or failure in growing anything.

Glomalin is a new frontier discovery and you can feel right at home developing and growing with it, while up-to-date information is being made available online. Here’s an example; a recent discovery showed one of nature’s awesome defense capabilities. The dangerously high levels of CO2 – greenhouse gasses – now in the atmosphere have stimulated AMF around the world to produce more glomalin and thereby adjusting our carbon footprint itself. Is that not mind-blowing?

I have ‘planted the seed’ so to speak, so now have fun doing your own Internet research for information pertaining to your specific needs. The results will be your plant’s ability to utilize nutrients and water from the soil for a natural, vigorous, healthy, growth, beyond what you can imagine and all done with advanced organics, with a highly effective ROI.