Bigger Better or Not? 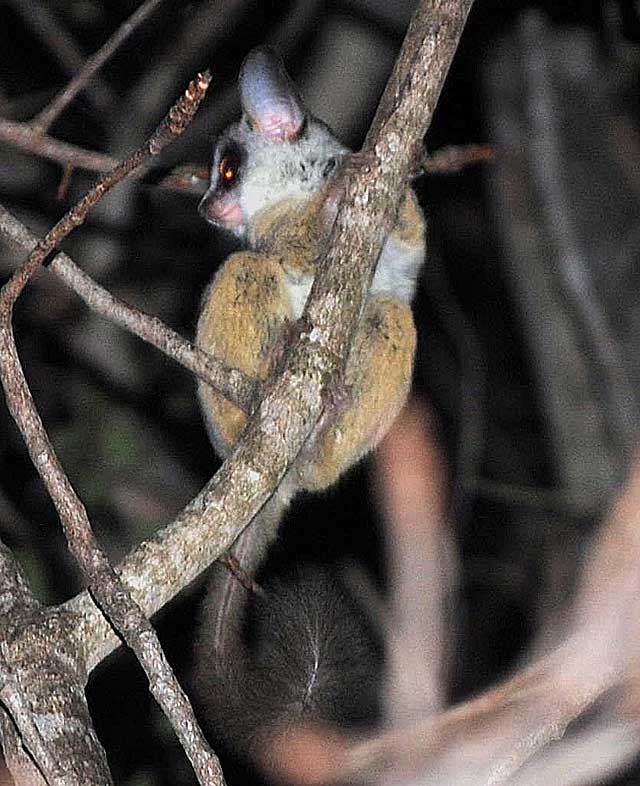 Visitors to the Lowveld bushveld are often enchanted to meet one of our most endearing residents, the lesser bushbaby (Galago moholi). What’s not to love? This adorable little bundle of fur, with huge ears and enormous eyes, is easily enticed out of the shadows with a banana or two. Many of these nocturnal, tree-dwellers have made their homes in the thatch roofs of bushveld homes or camps.

What visitors won’t know is these tiny primates may have been the ancestors of the nearly 100 species of lemurs, occurring on the island of Madagascar. The Lowveld is home to two sorts of bushbaby, the lesser bushbaby (weighing about 158 grams) and the thick-tailed bushbaby, (weighing around 1.13 kg) also known as the greater bushbaby or Otolemur crassicaudatus. 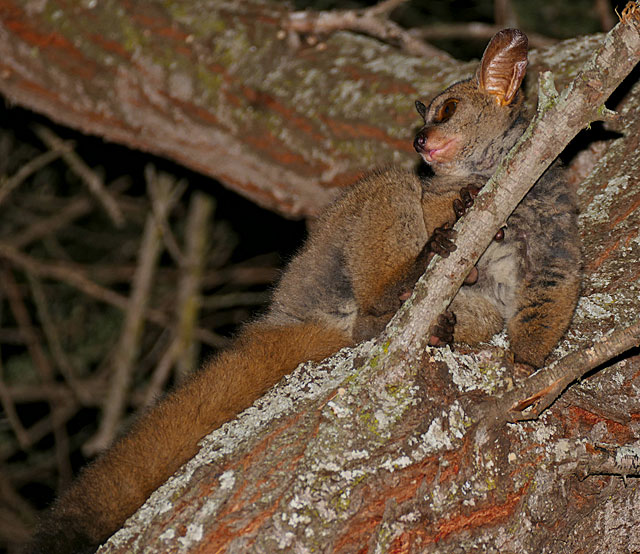 It’s thought that Galagos are the most abundant primate in Africa with 23 recognized species occurring in every large forest on the continent. Galagos also populate savannahs, woodlands, riverine bush and the fringes of forests.

These members of the ape family are capable of leaping great distances, using their feet and hands to grab branches. When traveling on the ground, they can walk on all fours or upright. We have seen them crossing open spaces in huge leaps, covering distances of five or six meters with two mighty jumps! 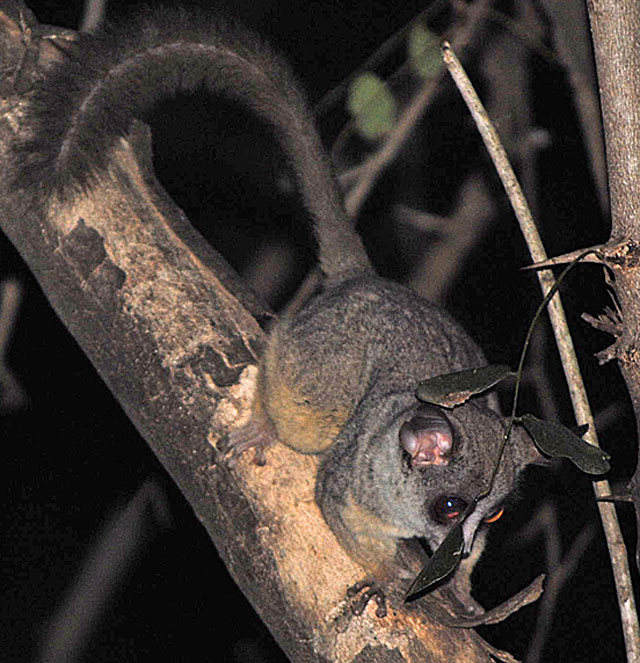 Bushbabies are very fast, usually relying on speed rather than stealth when they hunt. Although galagos are solitary foragers, they do come together in groups at night and as many as six or seven will sleep together during the day. Bushbabies have very highly developed hearing and calls are a big part of galago life, with up to 18 distinct calls being identified. The cries of the thick-tailed bushbaby are responsible for the popular name, bushbaby. The calls, continuing for up to four hours can sound uncannily like a human baby’s wails. 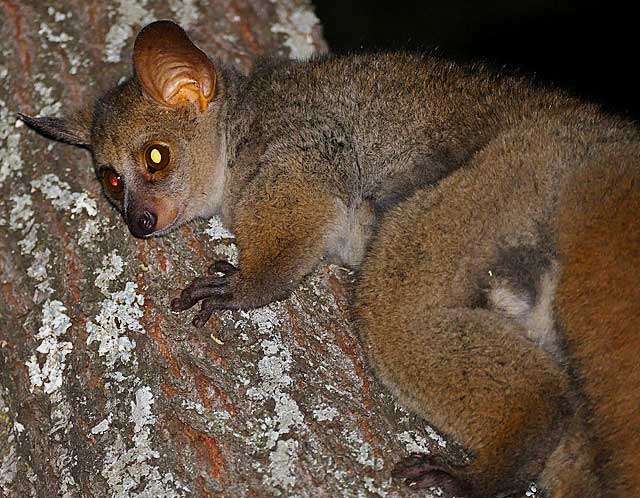 Greater galagos trying to get away

As cute as they are, lesser bushbabies are still wild animals. They mark territory with chest-gland secretions and by urinating on their hands, leaving traces behind on the foliage they scramble over and through.  This makes a detectable path through the trees that they can follow every night while hunting.

If you have a bushbaby living in your roof, the smell will reveal his presence long before he’s seen Courtship consists of males marking female bushbabies in the same way, by urinating on them. Bushbabies have their babies, usually twins,  during the rainy season and the mother will shelter her offspring in a nest or tree hollow, later on hiding the nurslings in leaves while she forages at night. 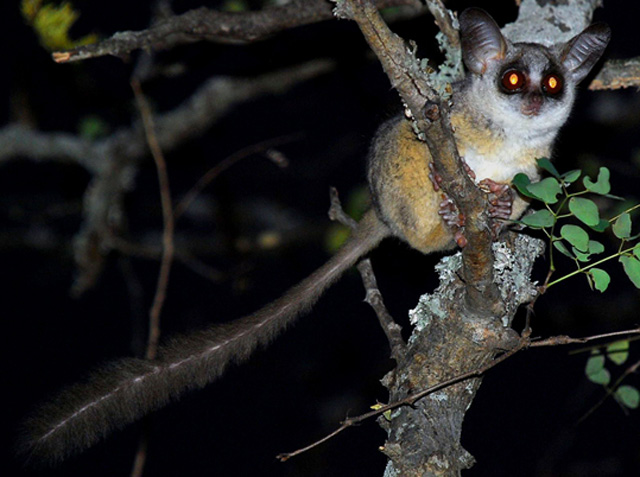 They swing through the trees like a breeze, even better than Tarzan on a trapeze

Typically, the greater bushbaby’s diet consists of fruit, invertebrates and acacia gum although they will occasionally eat small vertebrates. The lesser bushbaby consumes invertebrates and acacia gum in the wild but will willingly eat fruit – especially bananas – if offered. Unfortunately this has led some bushveld visitors and residents to feed them on sugar water and jam, both of which cause extreme hyperactivity and addiction. This we observed on several occasions as the little creatures reacted to the unaccustomed poison they’d been fed.