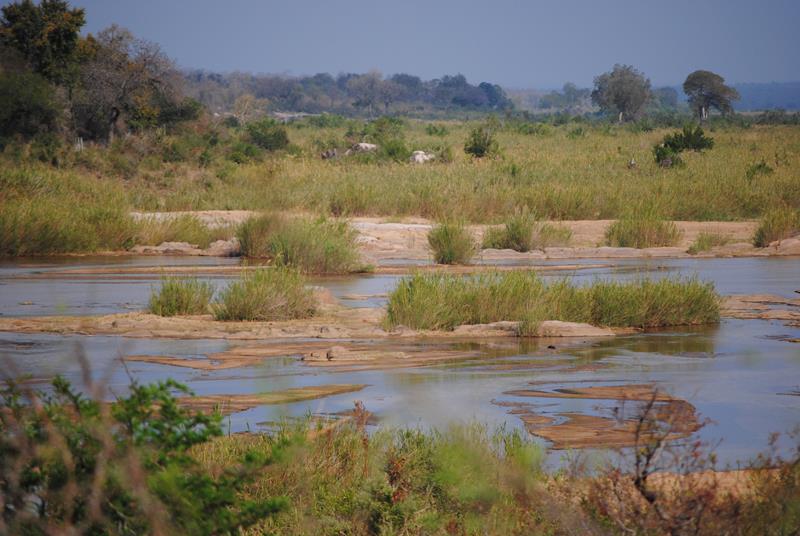 Thought I’d share a typical day at the Kruger with you. Although M and I have spent a lot of time in the bush, much of it in Timbavati, on the Western border of the Kruger Park, where M’s family had farms; we had never actually been into Kruger – as locals know it – through the Malelane gate before, living on the border of the Kruger National Park as we do. Early one morning we were about to leave for a dentist’s appointment in Johannesburg, 300 miles (600 km) away, when I quickly checked my emails before leaving and there was a message canceling our appointment – there had been some emergency… Well these things happen and fortunately I checked my emails before leaving. Suddenly, with time to kill, on this beautiful early August morning, there was a whole day in front of us and giddy with the prospect, we decided to play hooky! So guess where we went? You guessed it.

The Hippos did it

At Malelane (the closest town to Nelspruit on route to Mozambique) we stopped at an inn, – a long while before breakfast – to have coffee on the deck jutting out over the Crocodile River, the southern border of the Kruger Park.  There were Hippos in the river banks near us and crocs lounging on the far bank. With the sun breaking over the trees a few minutes later, having finished coffee, we were on our way to the Malelane Gate, just down the road.

Day-visitors are welcome and the distances between gates are not as long as you may think; so in we went and spent the whole day driving all over and seeing plenty of wildlife as usual. The park is huge, the size of a small country, and runs North to South along the border with Mozambique on the east. Well it covers an area of 7,523 sq miles (19,485 sq km) in the northeast of South Africa, and stretches 220 miles (360 km) north to south and an average of 40 miles (65 km) east to west. With animals everywhere. There are access gates in and out of the park every hundred (or so) kilometers and it is easily possible to go in one gate and then out the next in a single day. We arrived at the Malelane Gate in the morning and left by the Paul Kruger Gate on our way home that evening, before 6 o’clock. 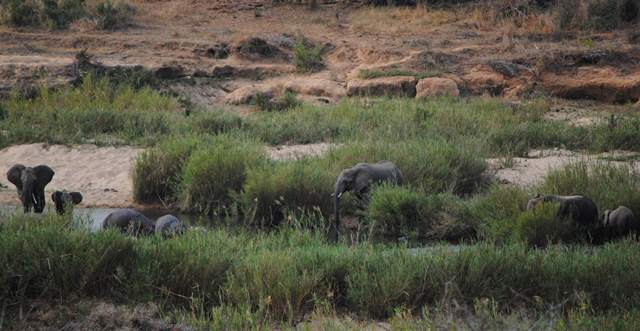 What a lot of Animals!

It wasn’t the best time for game, less than usual, according to the people at the gate, as the summer rains had not yet begun and the veld was very dry; but the dry winter season is the best time to visit this region for various reasons. Daytime temperatures are milder and although Malaria isn’t as prevalent this far south, it is even less of a threat in the dry. Viewing wildlife in the lush, thick growth of summer is difficult; animals are easier to spot in thinner vegetation and tend to frequent rivers and waterholes. The southern region has less game in the winter because they mostly migrate northwards until the summer rains, although birds are plentiful. I think we refer the less or more because we are spoilt for choice as locals.

Now the Kruger National Park is our next door neighbor. And we’ve gone in and out many times. And we’ve always had great game viewing. Now with a good new stock of pics to share, there will be a few stories of the characters we’ve met along the way, next up on Wildmoz.