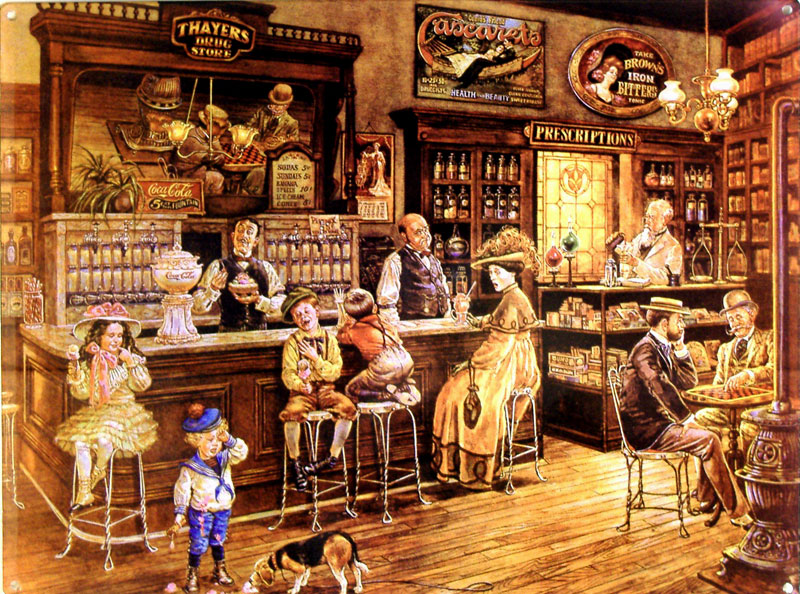 The bad old days when dogs ate your ice-cream in the drug store. Artist Lee Dubin

Natural cure oils do it all

Essential oils are today’s only answer. We have to go back to faith and herbs for a better life. No, we’re not a medical mumbo jumbo outfit but sometimes life can swing one by you, unexpectedly strange and fast, so forearmed is forewarned, as my gran used to tell me.

You don’t want the elevator in a power cut. That’s what’s happening today with modern antibiotics. Antibiotics have been abused and overused, creating too many power failures and side effects to risk your health. Not unless you like being the sacrifice for an experiment. We at Wildmoz, deal and live with nature and believe in good health the natural way, as far as is possible – not being rabid – we use our brains. Remember, in the medical field you pay with no guarantees given or offered.

It’s no surprise that the world has overused or abused the humble antibiotic out of sight. With everything on it, nothing is without it, naturally something must break. Every commercial – non-organic – chicken, sheep, cow and goat are antibiotisized to our death, if you eat the meat or use the eggs.

I think the time has come for warning signs on meat products. Like, “contains ‘lethirin-di-one-shot,’ eat at your own risk.” Well, this man has the answer and he proves it with oregano essential oil. This is the written story, or you can watch the video.

I think we can believe him, since he’s been at it for five years, when that article was written. Here is a video to prove the point and the run time is 3:22 mins.

I know someone who recently acquired a serious bladder infection from eating chicken overdosed with antibiotics. So much so, that he/she almost died. “Why,” was the question doctors could not answer when he/she – I’ll call him/her Peter – had every antibiotic and medical test known to man run through him/her over a seven month period while he/she nearly bled to death.

The change came when the heart, kidneys and liver started to show major signs of damage. Peter turned to ‘nature’s essential oils’ when it was found a virus had come from the overdosed ‘antibiotic chicken,’ making Peter’s immune system inert and unable to utilize the other medications given. Naturally! 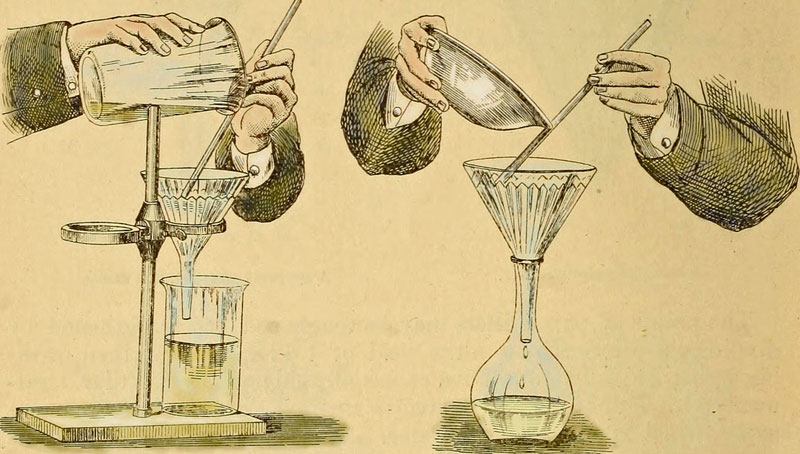 Methods of decanting fluids. Your life may depend on scenes like this. Image, Book Archive

Surprise, surprise! You can poison yourself with medication – ever so slowly – because your body develops the ‘argues,’ where every fiber in the system is screaming enough. And one vital organ after the other is arguing the toss, like what was happening to Peter.

It was not Peter’s one and only chicken that did it. Many, on down the line, had weakened his immune system and when the virus came along, as they do, Peter had no resistance and voila. The highly charged antibiotic meat made Peter’s system resistant to medical antibiotic treatment. But that was not all! As a result of Peter’s weakened condition from too many antibiotic treatments, he/she had become infected with a Coxsackie B virus, requiring a antiviral, plus a strong immune system. Both of which, Peter had now lost.

Viruses are another story science has run into a wall about. No real answers, so now what?

The antibiotic meat people eat, can and does kill. No human body can be exposed to that kind of abuse ad infinitum, without some or other breakdown. Asking “who’s at fault,” becomes asinine and if you ever establish the facts, you’ll find there’s not enough evidence to satisfy your argument anyway. Suffice to say, we have antibiotic infused meat on the market making the world’s meat-eating community antibiotic resistant. Now what? 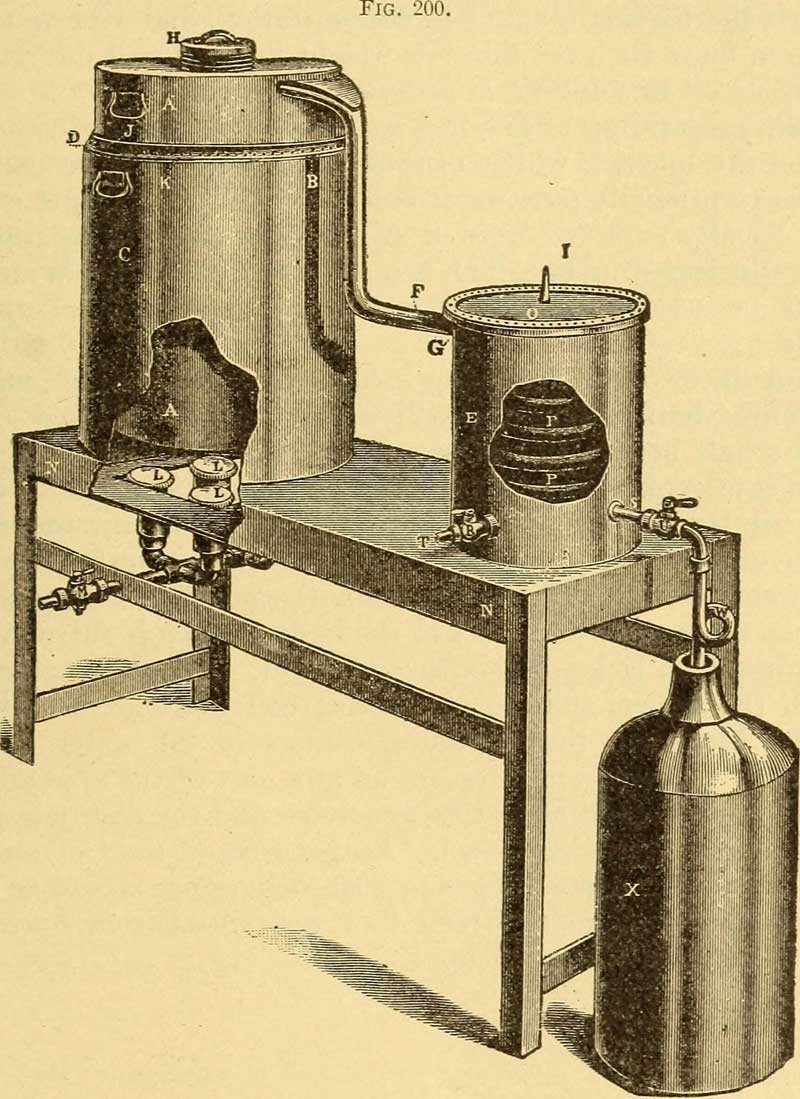 Small essential oil distillery. Some are still in use today. Image, book archive

The answer could be the many essential oils on the market like the oils of oregano, rosemary, and thyme that have all the natural antibiotic, antiviral and anti-fungal properties mankind needs.

Here we are out of our depth. When it comes to any counsel on medical matters, the experts are who you need. I am happy if some people have been helped, like our friend Peter, who is well and growing back an immune system naturally and at the same time, living on organic food. As already said, forewarned is forearmed.

What can one say when meat is shipped from the USA to China to be processed. Then shipped back to the US for consumption! And I have no axe to grind with either UN member.

Video on oregano by Dr Axe.