King Cheetahs, a New Species or What? 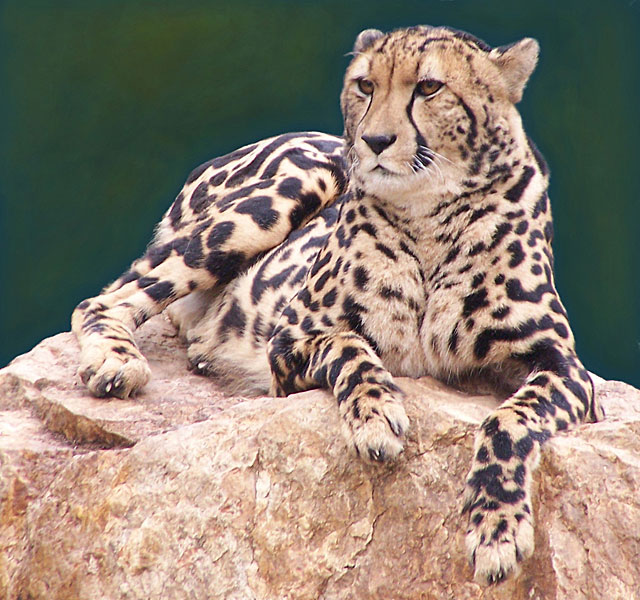 Have you ever seen a king cheetah? One of the most rare and elusive animals to exist on the planet today! A king cheetah is an exceptionally unusual big cat, identified by its creamy colored base fur and three broad, black stripes down its spine. The shoulders, flanks and sides are marked with irregular motley splotches of dark to black fur, which is unusually thick and the underbelly is white.

I wonder if you know that cheetahs belong to the puma family of South America – as do cougars – and no, the leopard does not, as some people think. So what is the king cheetah more than just a fancy color. Well, it’s just that, and not a subspecies or one of its own kind… Sorry. It is, however, a very rare animal on all accounts, one of the rarest on the African continent. 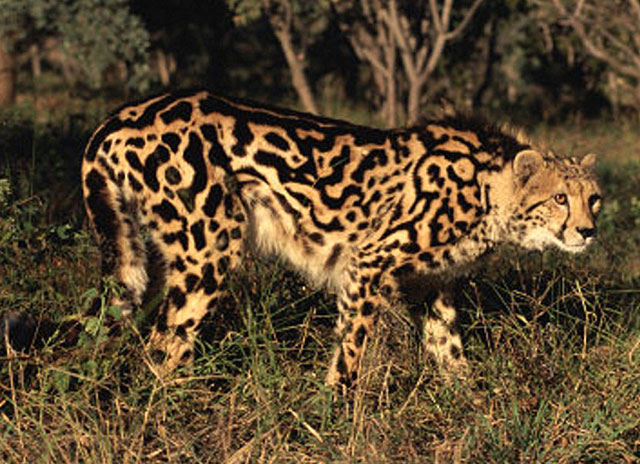 Legends are made by sights like this. Nsuifisi. Image courtesy Mod The Sims.

There is a legend from the Macheke district of Mashonaland, Zimbabwe, named after the Macheke River. It was said there was a strange, cat-like animal, which was neither hyena, leopard nor cheetah to which the name Nsuifisi was given. Thus the legend of the Nsuifisi was born in its native land and then found a home in the imaginations of the western world. The stories of this mythical animal spread around for ages, until one day, a farmer purchased a skin of a Nsuifisi from local, native hunters and donated it to the Salisbury – Harare – Museum. Not knowing what to do with it, the museum put it into storage – obviously.

The story doesn’t end there, because a military officer, Major A. C. Cooper, chanced upon the skin in 1926. He decided to investigate further, – cleaver man – notifying every military officer in the country. This resulted in a southern chief from the Bikita district sending him photos via the native commissioner, of two king cheetah skins in his possession. This new evidence eventuated – after much research – in the animal being given the name Acinonyx rex, meaning king cheetah and so the story was published by the Zoological Society of London. The king cheetah’s future went downhill from there… since all the world ‘needed’ a skin of the ‘Coopers cheetah’ as it was then called. Fur was flying from one side of the world to the other, until they couldn’t find any more. Fancy that! It’s amazing the discovery of the anopheles mosquito never caused its demise.

Fortunately, that is now history and the magnificent king cheetah is on the increase, having been at the doors of extinction. Good work to all involved in this mighty rehabilitation program; so once again we can shoot king cheetah. Thank you, Nikon and the rest.

In May, 16 years ago, two normal cheetahs from the Ann van Dyk Cheetah Centre mated with a wild cheetah, which produced one king cheetah to each one of the – captive – females. In modern times, these animals were first seen and recorded in 1926 in Zimbabwe – Southern Rhodesia – and the first live specimen photographed in 1974. King cheetah have been known to occur in Zimbabwe, Botswana and Northern regions of Southern Africa. Only five confirmed animals have been found recently in the wild.

According to published data, there were no king cheetah in the Kruger National Park before the 70’s. Photographic proof from 1986 indicated the presence of two adolescent king cheetah in the southern region of the KNP, the first seen in the park since a single king cheetah was photographed there in 1974.

The publicity generated in the 1920’s and 30’s led to a huge demand for specimen skins and we will never know how many king cheetahs were shot to fulfill the clamor. One document records a list of fifteen verifiable skins still in existence – the result of some finding their way into museum collections around the world.

Experts posit that the traditional range of these animals has been moving south, away from human confrontations. Today, there are an unknown number of king cheetah in the wild, including some that live in the Kruger National Park.

Happy World Environment Day to you all, from Wildmoz.