It’s a Way of the Future 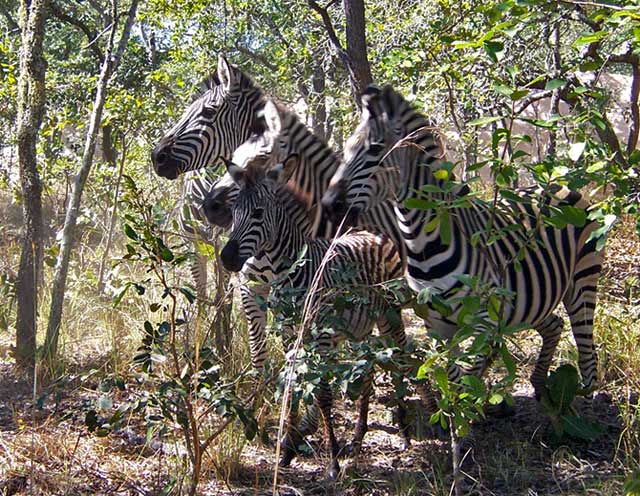 Zebra on the move

Why and How Thing.

The why and how, of game capture, has been developed over eons of time, with methods as old as man and still improving. This is an article about passive animal capture, the much preferred method when it’s possible.

Simply put, what AWMC say is it has to do with the safest, kindest and most cost-effective method people can use to capture wild animals. With game farming/ranching still growing as an industry all around the world, it would be hard to say game capture and relocation is still in its infancy, yet it is. More and more, very wealthy people have and still are investing huge sums of money in game reserves. Be it for tourism, trade or nature conservation, the industry is growing at an alarming rate.

It may surprise some that tourism in South Africa alone has a greater financial value – GDP – than all mining put together. Now that’s an investment worth putting your money into. The TV rights alone on African nature worldwide are worth a small fortune. You can’t turn in Africa without running into some or other TV or movie outfit in your face. Never mind the profitable lodges and hotels scattered in and around game reserves like confetti, all over the veld and coastlines of Africa.

If you are a game rancher, or even a reserve selling off surplus stock of animals instead of culling them, this new method of capture is catching on quickly. Say you farm/ranch with wildlife, it’s much easier to do passive capture than pay the expenses of helicopters and large capture boma’s.

The principle is an easy one; feeding your animals at a particular location thereby accustoming them enough to regularly use the same spot. Then, on a predetermined day, call your local game capture outfit to fetch your catch. Easy as that! And here’s how by image demonstration.

Live testing of the passive boma on Wildmoz channel YouTube.

First, you find a suitable spot, erect an enclosure with hidden game capture curtains that release on demand when the moment is right. The rest is up to the capture team. You get paid and their customer gets the animals, all done with the least stress on the game, terrain and bank balance. 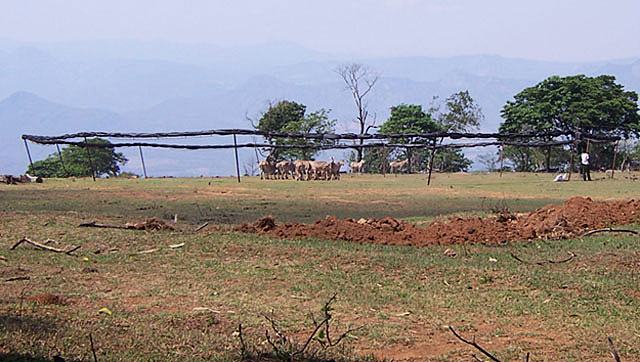 Final touches to the passive boma

Here the passive capture unit is set-up in a remote mountainous region. 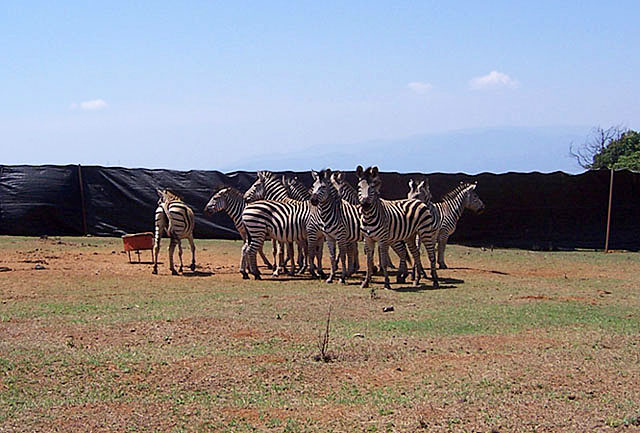 Zebra now know someone pulled-a-fast-one on them.

Animals don’t know what they are looking at is not a solid wall. This is a wonderful plus for them and us.

Passive boma dropped with the catch inside

The zebra have now entered the new arena to greener pastures. As you can see, this place was losing its grazing due to bad rainfalls. With these few animals gone, life will now be easier on the ones left behind. One day the tables may be reversed and their descendants will come back to this spot. 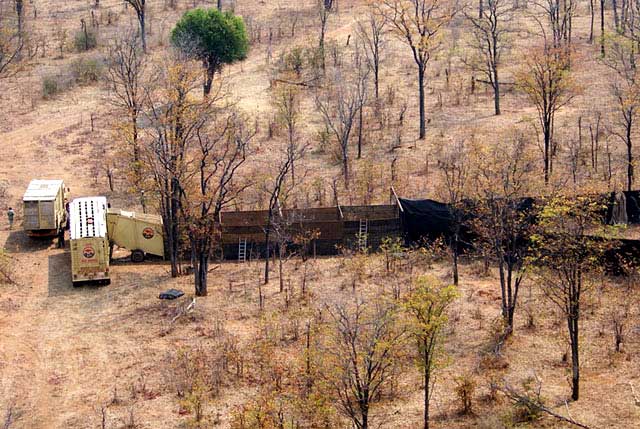 As you can see from the image above, a funnel is formed on one side of the boma leading to the trucks, ready for loading. The moment this has happened, the boma is made increasingly smaller around the zebra, coercing them into the funnel and finally into the waiting trucks. 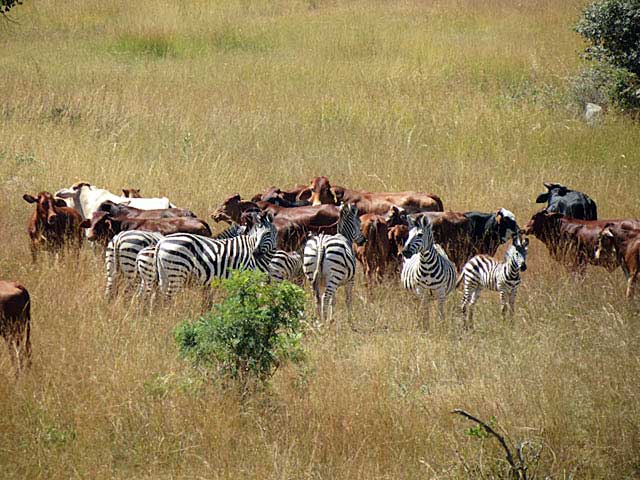 Another method of farming with increasing popularity is mixed game and livestock husbandry. Some zebra are destined for an eco-farming operation. Here, farming with wildlife amongst your livestock is to the benefit of both and has been done down the ages with varying degrees of success. Although these days, with the right mix of symbiotic animals, this form of farming is becoming a popular and successful practice. Zebra are very useful in a field of cattle. One good example is the height and way they eat, that makes the grass more palatable and available to the cattle and visa-versa. 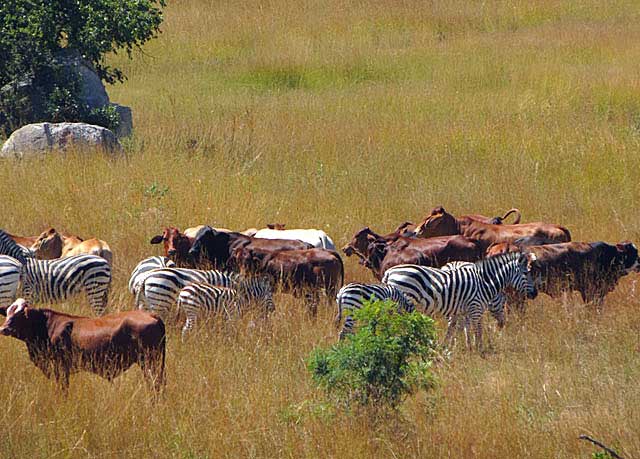 Thanks to the team at AWMC for making this article possible. This is yet another facet of the world of game from the viewpoint of the wildlife investor. These are the people who establish the backstory the tourist never gets to learn about; tourists visit game reserves over and again but the background of what they’ve seen is seldom known. Many heroes have come and gone their fantastic contributions to animal conservation, never known. This story is for them.