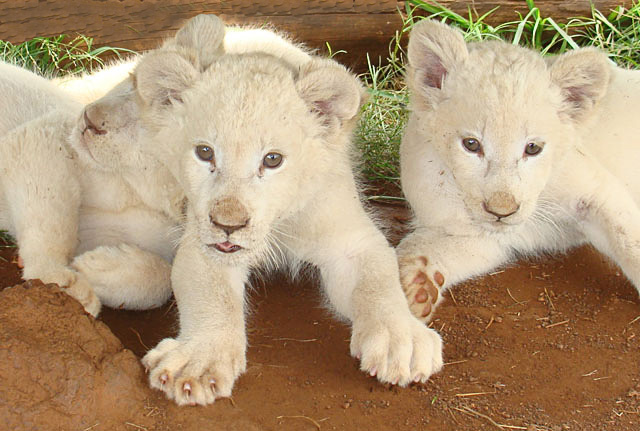 White Lion Cubs, I Think Are the Cutest of All Lions

Into the Bushveld we go

In the early years of the Lowveld – before the 2nd Anglo-Boer War – a young man, the Rand Pioneer Andrew Mauritz Mostert, left his home in Beaufort West, having recently graduated from Grey College, Bloemfontein. He began a career as a transport rider between Delgoa Bay and the Witwatersrand, only to end up as a construction engineer among other trades as well, like banking. Typical of the early Rand Pioneers, he ended up with fingers in many pies. Years later, his son – also Andrew Mauritz Mostert and also schooled at Grey College, returned to the area, starting a lucrative business in the frontier town of Nelspruit in the guise of a garage. He was soon to establish tourism in the newly recognized Kruger National Park, earning his reputation as the father of tourism in South Africa.

After much research and exploration in the mostly uncharted, wild frontier country, on foot with pack donkeys. Bill, (kept his American nickname) went on to buy substantial tracts of land in anticipation of the day when wildlife-loving investors would control the whole area. The first farms Bill acquired were known as Java, Peru and Nederland, as well as other adjoining tracts of land. These would become the core of the private nature reserve he created, known then as the Umbabat Private Nature Reserve, later to be renamed Timbavati Private Nature Reserve.

Why, you may ask? Well, for this, you will have to buy the book.

Running Nelspruit’s first full-service petrol station and taking seven-seater American luxury cars – full of tourists – into the Kruger Park made Bill a busy man. But he still found time to develop his dream of a Bushveld haven – a 100 miles (160 km) away, along some very rough terrain – where animals roamed free and unprotected. Nearly every weekend and long holiday would see Bill take his family (two sons and a daughter) and decamp to Nederlands – one of the farms he had bought beyond the Klaserie river in wild-mans-bush country.

There he’d established a comfortable camp on the banks of the Mjhaton River and worked hard to restore the natural fauna and flora to fit in with the future plans he had. Life in the bush had a routine of its own; the rhythm of work was interspersed with daily drives to view the growing game population, as new water holes were established in the area. 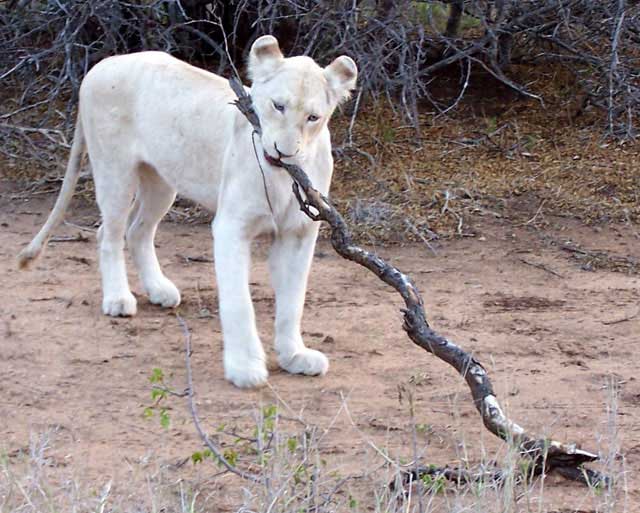 Out for Game Drives

As was Bill’s habit, around 4:30 every day – after tea – the family (and any guests) would pile into a vehicle or two and follow a slow circuit to the favourite haunts of various animals. Occasionally, these drives took place at night when the predators and their quarry could be seen more easily.

At the confluence of the Nhlaralumi and Mjhaton Rivers, the perennial flow, over many centuries, had created secure islands of large boulders and reeds in the middle of the Nhlaralumi’s dry sandy bed. These islands were protected by seasonal rain and perennial water in the rainy season and by swathes of empty sand from island to bank, on both sides in the dry months. These shelters covered with thick bush, reed and boulders, made perfect breeding places for lions.

Nothing dared venture onto these islands, day or night and they were very well known to the writer. How long these islands had been the favoured breeding ground for lions is not known, although it must have been for a very long time; so much so, that the local wandering wildlife would be sure to stay a good distance from that part of the river, making it sacrosanct. I was going to insert a Google image of the islands here but the overpopulation of elephant have decimated the reeds, trees and undergrowth. So I cannot see lions ever breeding there again. All’s not lost though, there is a nice video at the bottom of the page.

There was a favourite drive along the south-east bank of the Nhlaralum river, called Impala Alley by Bill, who designed and built the drive with Shangaan workers. It was here on an early evening drive, a short distance from Lion Island (in the mid 1930’s) that Bill pointed out, to the amazement of all, a pure white, young adolescent lion cub playing on the sand next to its other tawny siblings. The area where this little wonder was found, was at a reserve today called Timbavati, on the farm Nederland, where Bill had his camp – he called Netherlands.

It would not surprise you to know that this pride was studied very carefully for a sign of any more white cubs or parents until it became too dark to see too well. Then Bill turned the vehicles lights onto the pride to view them better. After a short while, the lions decided the lights were a little too much, intruding on their dignity and left, going in the direction of the river and disappearing into the bush again.

This was the first sighting of any white lions having been seen and documented by white people. The local tribes had legends of white lions in this area handed down to them by word of mouth for centuries and claim to have seen white lions in the region. These lions were thought, by early explorers who heard of them, to be albino animals, although that is not the case. This little cub had pigment around its eyes and mouth making it a genuine white animal as opposed to a normal tawny one pigmented. This is better known as a recessive gene. It is sad to say the cub was never seen again and no white lion was recorded in the entire region for a long time to come.

Many years had come and gone, around 40 in fact, before other white lions were again seen in the Timbavati Nature Reserve. This happened again in the 1970’s and these, of course, have been well documented. Although found in another area from the former sighting, the exact breeding place of these white lions has never been established. The records of these lions are readily available and from them other lions have been bred and raised, mainly in captivity.

At the time Bill saw the white lion cub, no known white lions had been recorded as fully grown and roaming the wild in modern times, in the way the ancient verbal tribal records from this region testified to. Although today there are quit a few programs carefully monitoring adult lions in the wild, with good success. As I heard the story, this video below shows a normal cub pride with their mother and one white cub in the wild, in the way I think my grandfather Bill, my father, aunt and uncle must have seen them, those many years back. For the record, it might be of interest that all white lions are attributed to having come from Timbavati and nowhere else. Many of the local people hold the land of the white lion as a truly mystical place, going back many millennia.

A lioness with normal cubs and one white one
Site Map