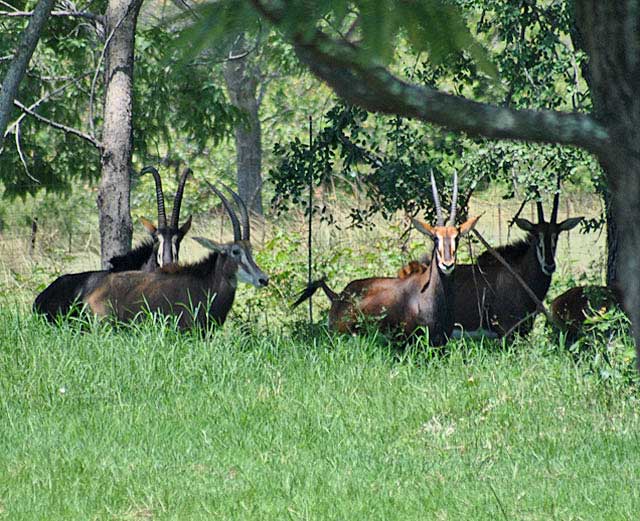 That which is not perfect, must be fixed.

With wildlife, it’s a case of – when the vet’s near, things go well. The rest you know.

In our case, we have a group of prize sable in a holding camp, waiting to be released into the reserve as soon as they have acclimatized and are, therefore, ready. On this occasion, there is one sable cow that lost her foal at birth and the afterbirth caused some problems. This required the vet for treatment and in this case, Dr Jacs of AWMC was almost close at hand. Actually, she was on route to visit some friends and this sable was on the way – sort of.

Off the main track, we were met by a guide, who led the way to a beautifully appointed reserve and holding camp. Here, was a small but handsome group of antelope, soon to become the core of a future herd of much-needed sable.

Antelope paradise? Definitely, from a human’s point of view. Camped-in with a perfect little dam to drink or swim. Grass so thick, you can’t see the ground anywhere as well as feeding troughs to boot. That’s great, until you find out antelope need stony ground to wear down their hooves. Another necessity for sable is licking the ground to get necessary nutrients that are sometimes hard to come by. Custodians of wildlife will know when to introduce these needed nutrients from years of observation and teaching.

In our case here, the problem would be solved by a clearing, three meters in diameter, spread with food-grade Diatomaceous Earth, otherwise known as DE. DE is gathered from deposits of old diatom shells that built up over millennia in ancient inland fresh-water lake beds, now long dried up.

So what do these diatoms contain that animals crave? This is a subject on its own but a simple explanation is to say DE provides much needed minerals in a calcium base. The animals obtain these nutrients when they lick the DE on the ground.

Along with licking the powder, animals instinctively love to roll in DE’s fine dust, which will then kill parasites in their fur, like ticks and fleas, naturally. As they lick themselves after a good roll in the powder, it also clears internal, gut parasites naturally at the same time. Therefore, if you see sable numbers dropping, supply them with food grade DE. It can only do your reserve and your animals good – caution, do not use the swimming pool grade of DE.

Now, this is where we come in to fix – what cannot be supplied – in this small but perfect camp. Apart from the infection that Dr Jacs had to treat, the animal also needed its hooves trimmed because of all the soft surfaces. So the vet treats the infection while the hooves are trimmed, all the while never forgetting this is a wild antelope with dangerous scimitar horns, many lions have unfortunately faced. 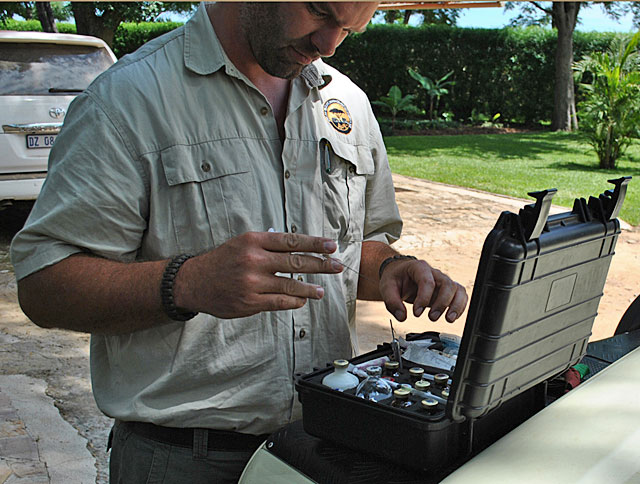 Josh from AWMC into the kit. 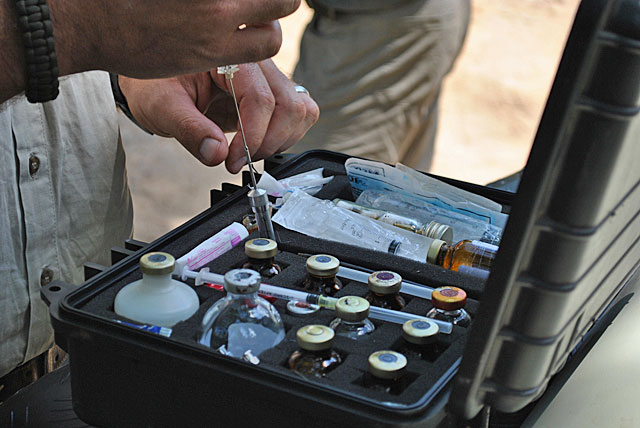 Filling the dart with the magic potion mix. 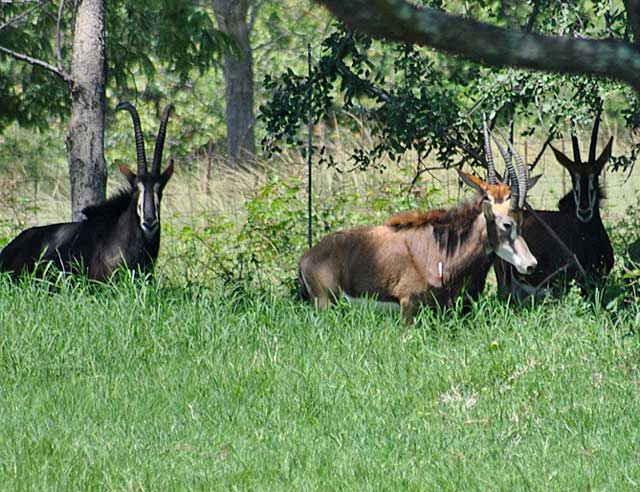 Sable darted for her troubles. The moment of impact. But the brain has not yet kicked in. 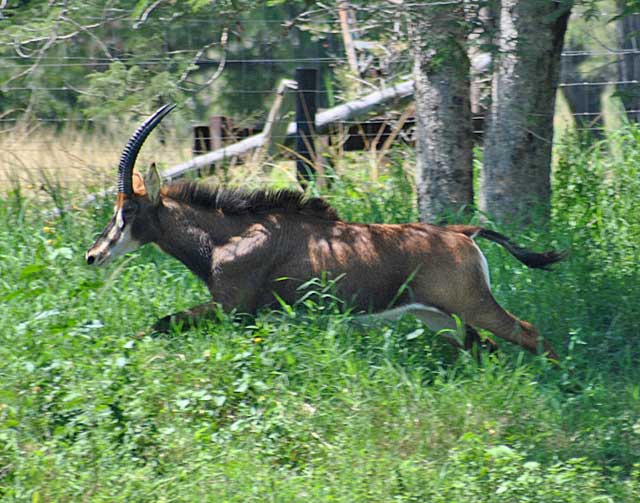 It kicked in. Now you can name her streak. 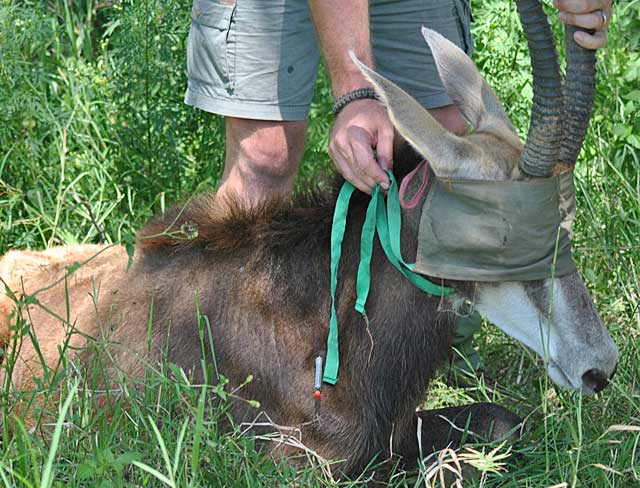 One sable down and hooded. 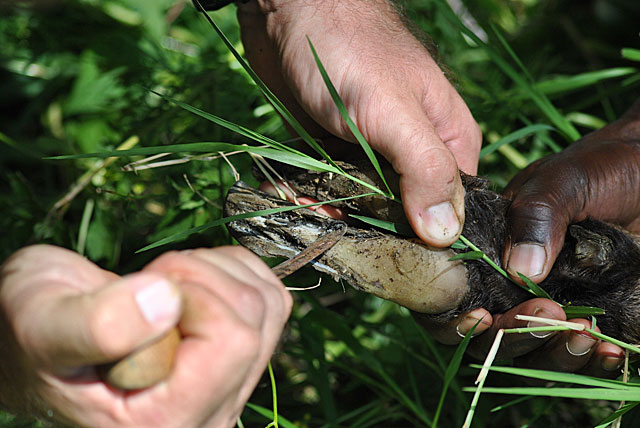 First you clean to see.

Now in with the big clippers. 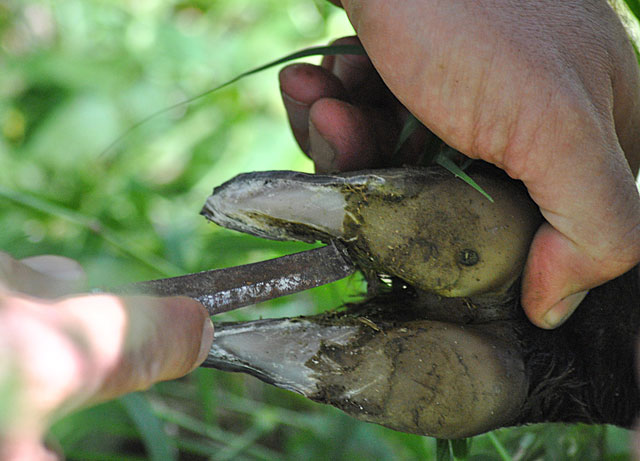 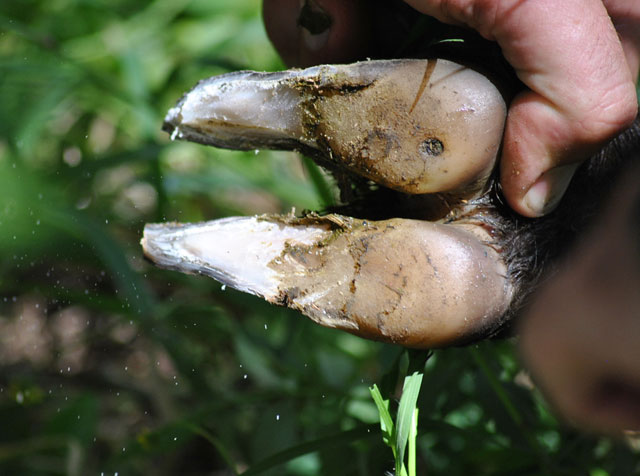 Easy does it. One hoof at a time. 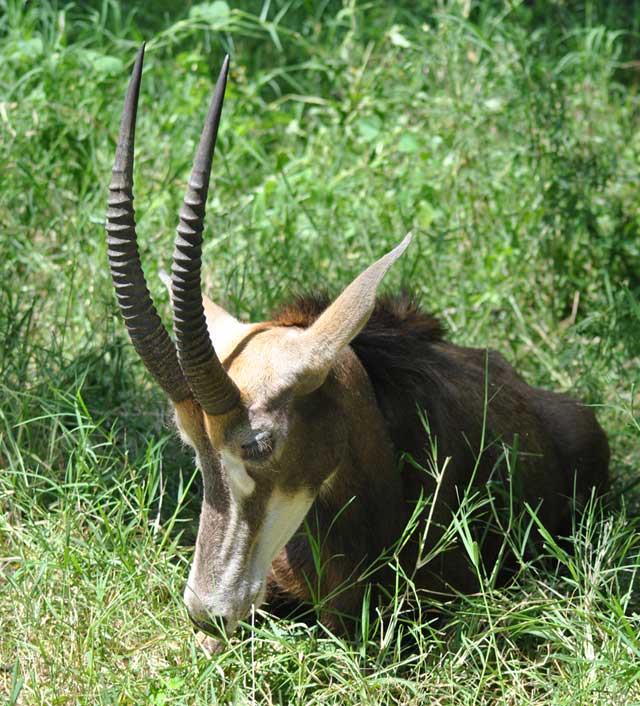 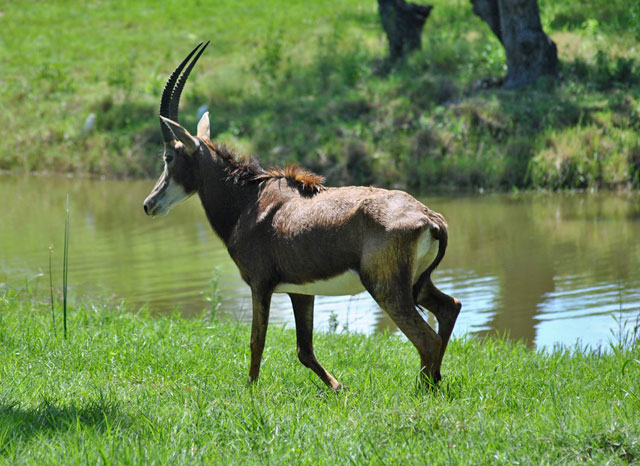 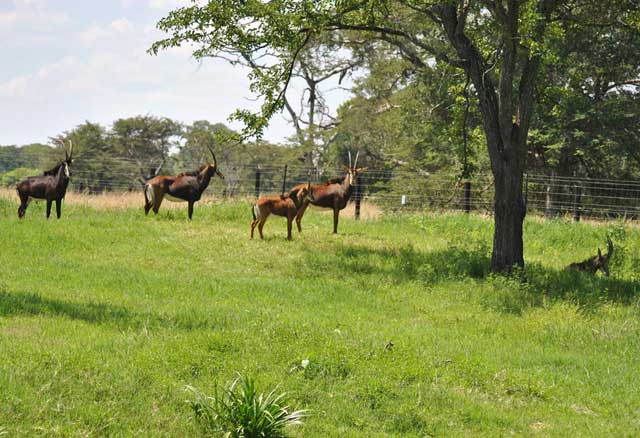 Back with the family to rest.

Here is a show of how Sable are not easily intimidated.