Have Ochre, Will Paint 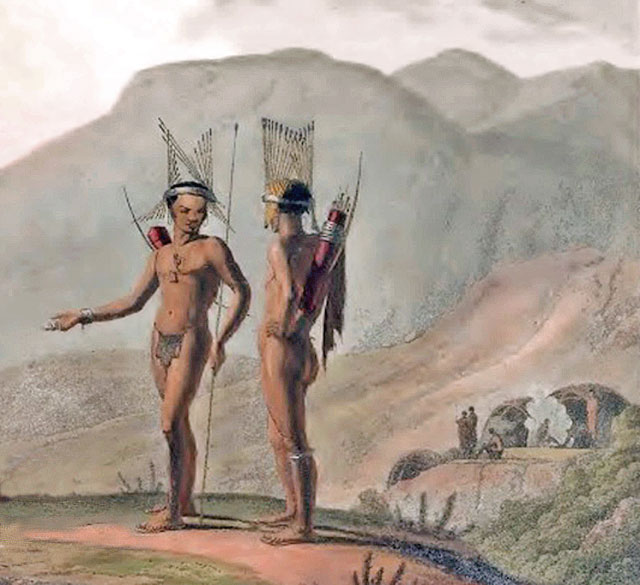 A Higher Social Order Than Most

When any people communicate their aspirations, it shows a mind and spirit of a higher order. Peoples come and go without saying or leaving anything for their descendants in personal art or writings. 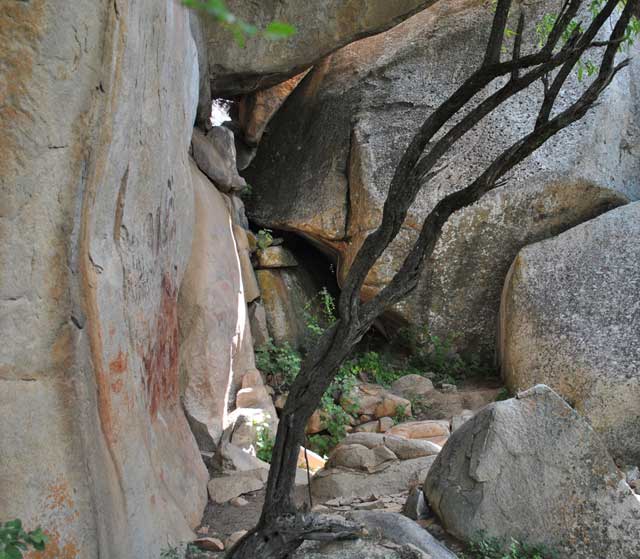 Your own cave with murals.

This subject usually raises the question, “what were they like?” Well, if they never left any evidence of who or what they were, you will never know. The alternative is some or other proof they lived and walked here, no matter what their name was. 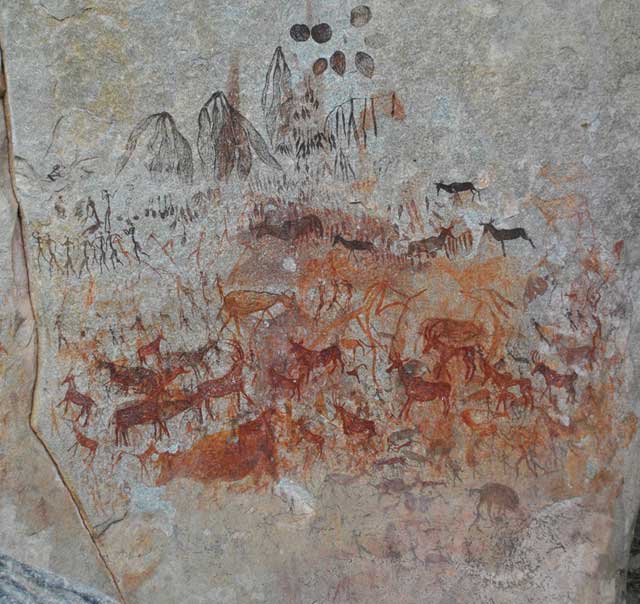 To record worthy events for your descendants shows a deep concern for the existence of future generations. By this contribution, the Bushman – San – enriched not only their own descendants, but the whole world. 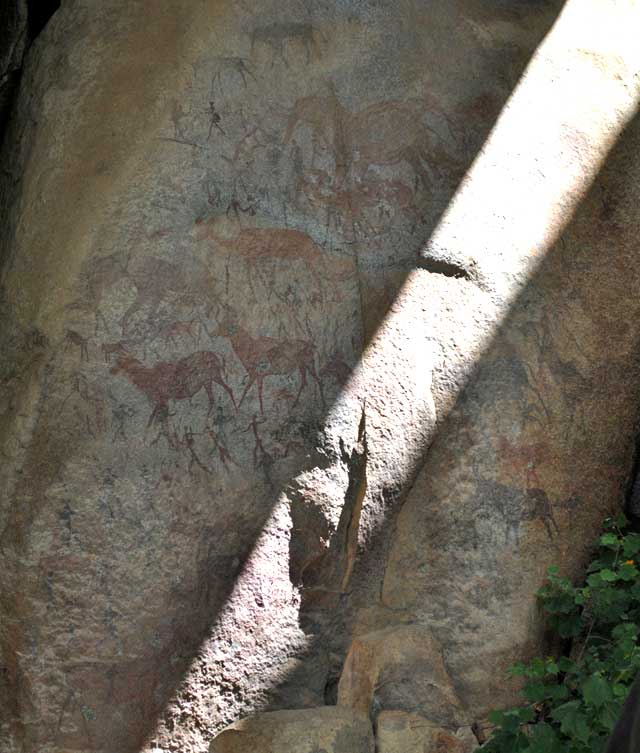 Faded by the sun and rain but still there.

From the rock paintings left by these early people, we see their culture, the animals they lived with, their way of life and umpteen other valuable facts in remarkable detail. These paintings also reveal the types of wildlife they encountered in the areas they lived, allowing conservationists to understand what animals occurred in different parts of Africa. That’s culture at it’s best. 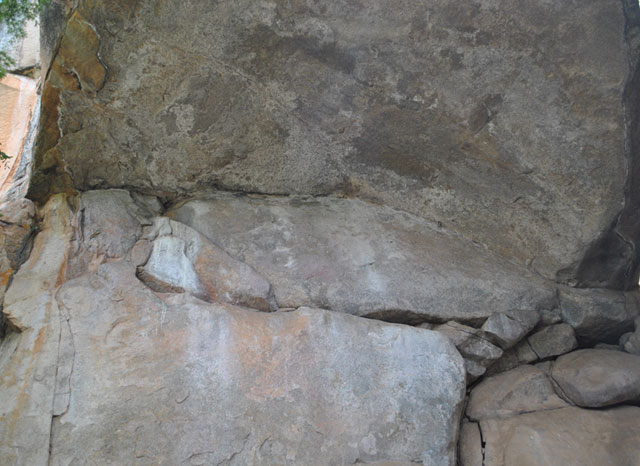 One of the overhanging rocks for a perfect gallery.

For this, we owe a great debt to the San. Bush crafts and medicine were another valued part of the knowledge they have left, as you can see in the drawings shown here. 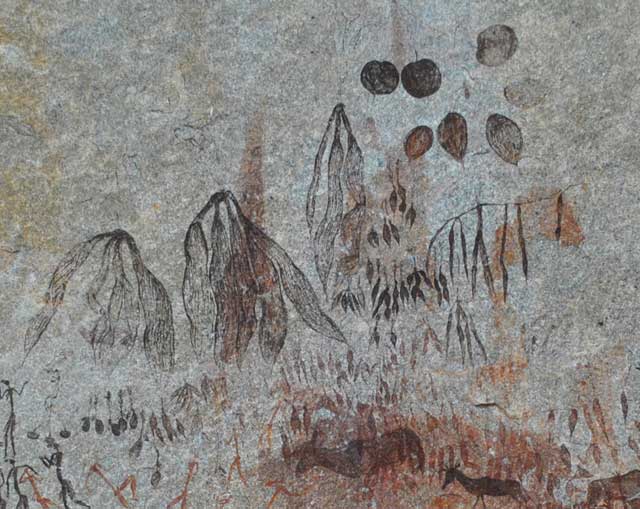 Anthropologists and researchers value such detail in human development. For example, other Africans, like the Egyptians, left an incredible amount of knowledge that has enriched science and society worldwide, as did the Incas. 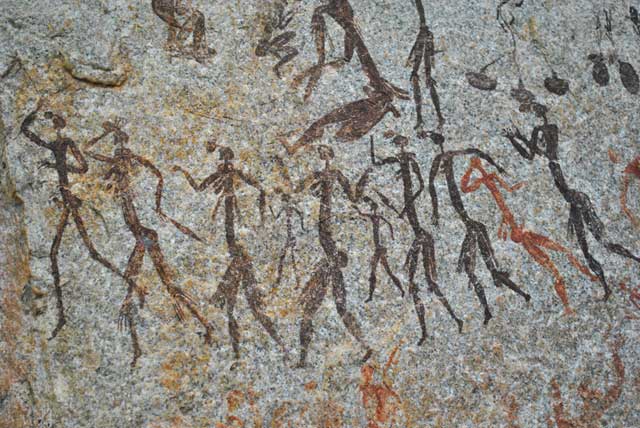 Wouldn’t it be wonderful if the Phoenicians with their advanced understanding of writing had done the same as the San did in paintings? All they needed was a desire to tell their descendants what they did and where they went, in more detail. We would not be guessing where Solomon got his gold from! 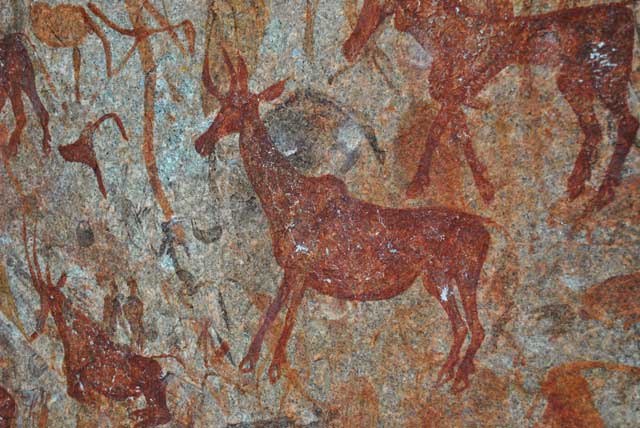 Hartebeest and mixed group of animals.

These extremely rare images of rock paintings – several thousand years old – were taken in North Zimbabwe, in a private and well protected location. Zimbabwe is a country in transition and how long these paintings will remain intact is anyone’s guess. At this writing, a mere 200 metres away is an informal, so-called gold dig, which by law is allowed almost anywhere. Have a pick and shovel? You’re equipped, now you can be a prospector. Any takers? 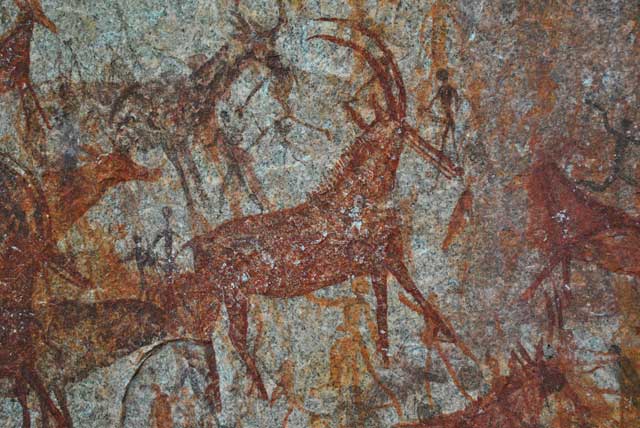 I have lived with the San people in Botswana when Sir Seretse Khama – King and president – was still alive. He had provided a special area for the San to live their nomadic life without interference from the outside world. 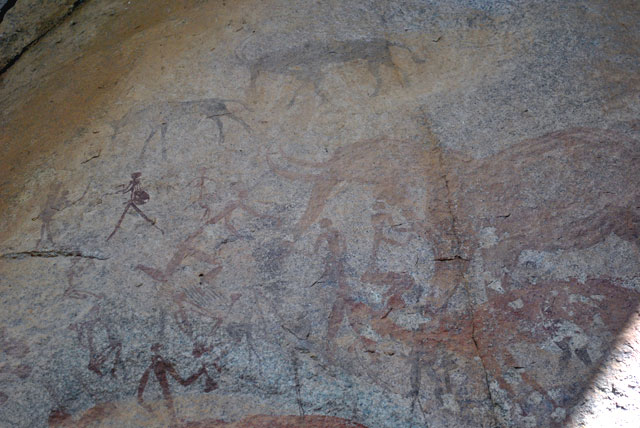 Another expressive group having faded from the light.

It was sad to see how these wandering people had been driven from the most beautiful areas of our region, destined to eke out a living in a semi-desert. No, these people were not used to the desert and no, they never lived there in the past. Traditionally, San always lived where plenty-of-all-things existed and with abundant water. 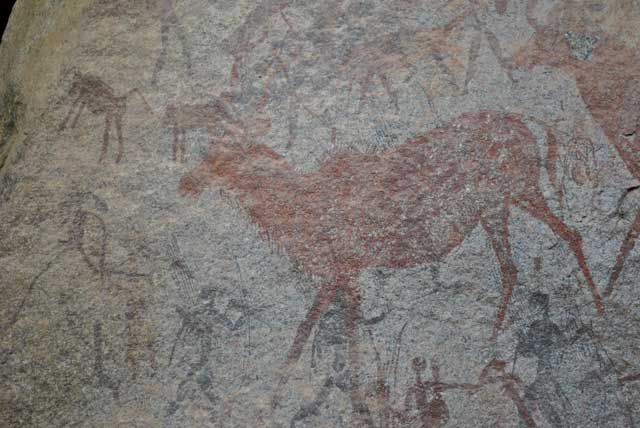 How these amazing people can live so well without water – as they do today –  proves how much they needed their peace and how incredibly adaptable they are. There are San who can, and do, live in some of the most populated areas of the world and the most barren as well. These ancient people are more diversely capable of adaptation than any in the world, having proved their capabilities beyond a shadow of a doubt. 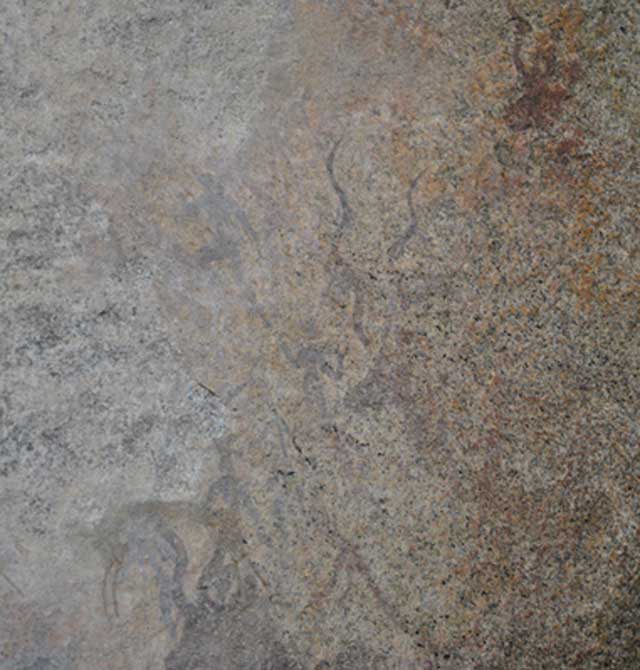 I know the San were treated and thought of as savages but tell us something new. Today, I know of many who have their own websites and one I know writes extensively about his people on his blogsite. 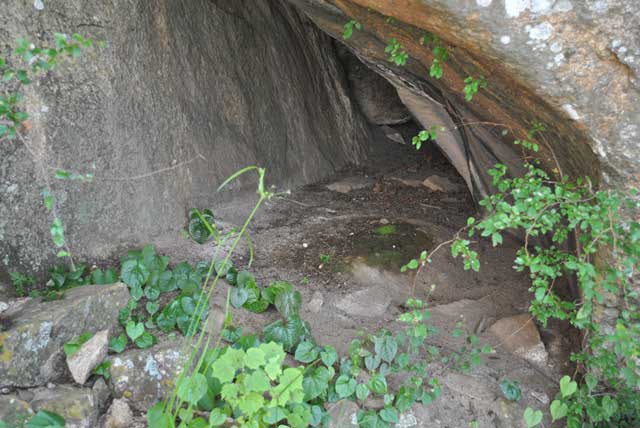 The main cave with faded paintings inside.

Savages indeed – and so were we all – but they left their brilliant history in images. If threatened, these people moved on instead of fighting back, or seeking revenge. Now, that’s a true sign of an advanced and peaceful mind. It appears, from our modern history that the San Bushman will only be recognized when they cease to exist and all their habitats become World Heritage Sites. 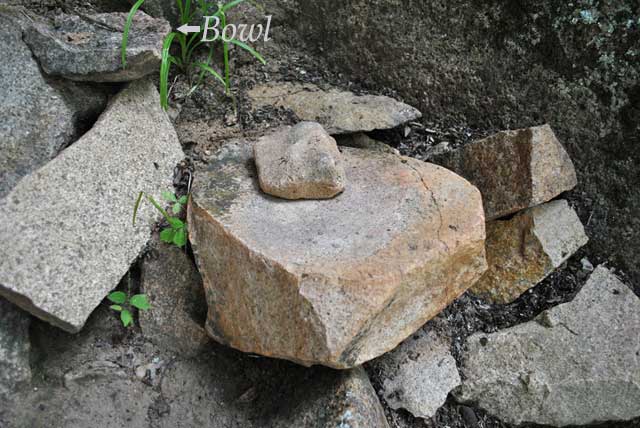 When discovered, these rocks outside the cave were as you see them here.

Obviously, there are too many paintings here to show in one article. Hope you enjoyed these ones, which are some of the oldest paintings on earth, left to us by the San people. Please remember not to mix the San peoples up with one another. They are Khoikhoi, Khoisan or the Korana peoples. The San are not and never have been farmers or pastoralists, they have always been hunter-gatherers only. Although we do not agree with their history of the San – !Kung, Jul’hoan, Tsoa – peoples, this is a good reference for clarification purposes. Confusion is created by complexity and undone by simplicity.