The Desert City of Timbuktu 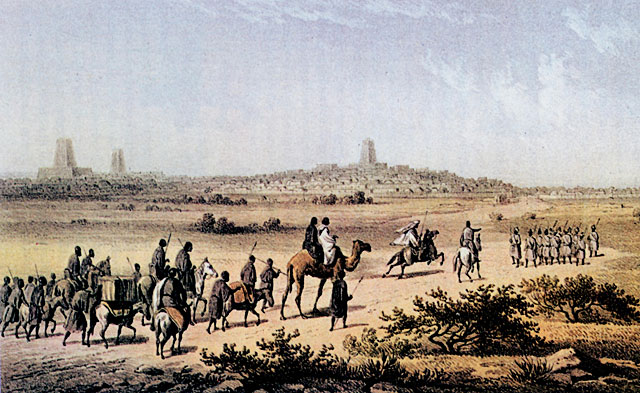 The well that founded a desert city.

We are going from here to Timbuktu, used to mean “from here to nowhere”. Ever heard of Timbuktu? The real one that is, home to the Timbuktu university, which is today a world heritage site. Go figure.

Well now, here comes the story of one of the most hidden and unknown real places in Africa and the world for that matter.

A writer once wrote these words about the worth of history: “For anyone who knows the beauty and value of mankind, there can be nothing more exciting and worthwhile than the study of history” ~ Davidson.

In Africa on one of the longest rivers in the world, lies Timbuktu. You thought it was in a desert? Well it is, with a river flowing past it. This river, the Niger, one of the longest in the world and that desert, the Sahara, are on either side of Timbuktu. This made it a natural trading center from the traffic off the vast Niger River regions, reaching well into Central Africa. Trade also included the Mediterranean and beyond, using caravans that crossed the endless Saharan sands.

The exact origin of Timbuktu’s name is unknown for sure. I like the following interpretation. Timbuktu was said to be named after a Tuareg slave-woman “Buktu” who made camp at a well making it the well of Buktu or Timbuktu. The Tuaregs set up business there, taxing all traders for use of the well and rights of passage. Timbuktu was later to become the learning center for Sub Saharan Africa and beyond.

Timbuktu began its modern history in 1100 AD in ancient Mali, later to become the Songhai Empire. The region is indicated in the map of Sub-Saharan West Africa above.

But first, Timbuktu, had to go through the initiation of being the largest gold and salt trading center in the world. A donkey’s load of salt was taxed one gold coin coming into Timbuktu and when a trader for salt left the village, they were taxed two gold coins. “Where salt was worth its weight in gold and gold was spent on books.” ~ Davidson. 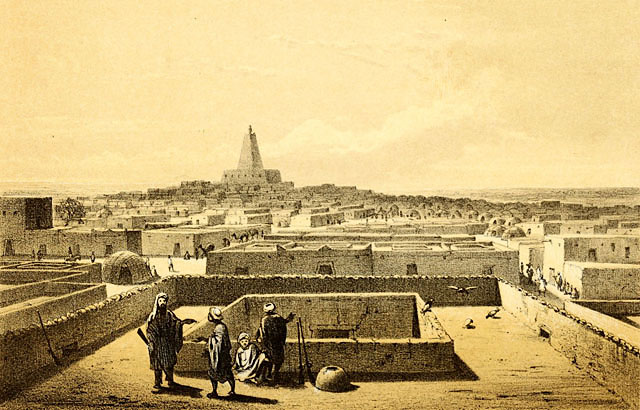 It must be understood, that Timbuktu was one of the most guarded and secretive cities in Africa, being a conduit for every kind of wealth. Although the dichotomy is, this city was one of the largest in Africa, nothing to look at and yet so influential. The salt for example, came from Taghaza, which is in the Sahara. And to this day, the gold sources are still a mystery. Even though England and France considered the discovery of Timbuktu, to be a great prize, the first westerner to survive, see the city and give an account was a Frenchman, René Caillie on the 20th April 1828, disguised as an Arab.

Over time, Timbuktu undoubtedly became the book learning center of Africa, taking material from all African regions, as well as those of the west.  The art was copying them into manuscripts for those wanting records for their own use in their own language. It is said, each large manuscript copy cost the princely sum of 24 grams of gold. No wonder the western world wanted to find this African El Dorado. 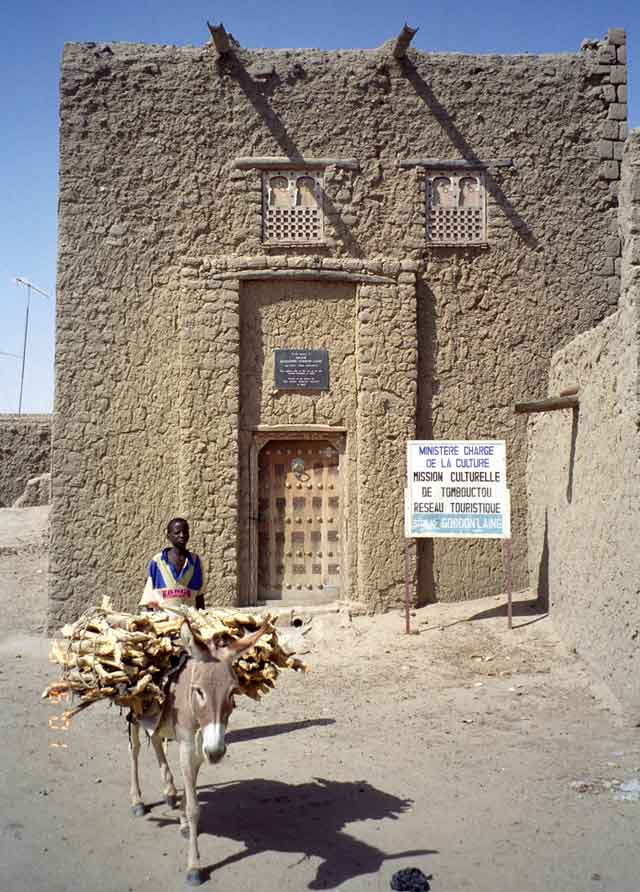 The earliest western records were written by Leo Africanus, who was converted to Christianity by Pope Leo X in 1519, whom he met when celebrating St Valentine’s Day – 14 February. Because Leo – named after the Pope – was the first eyewitness to write accounts of Timbuktu, the Vatican paid him to learn Latin while in Rome. This was so he could record his discoveries south of the Sahara for the Pope, including Timbuktu and the Songhai Empire. This work was later translated into English in 1600 by John Pory. His translation is the oldest known record to have been written about this part of Sub-Saharan Africa in a western language. 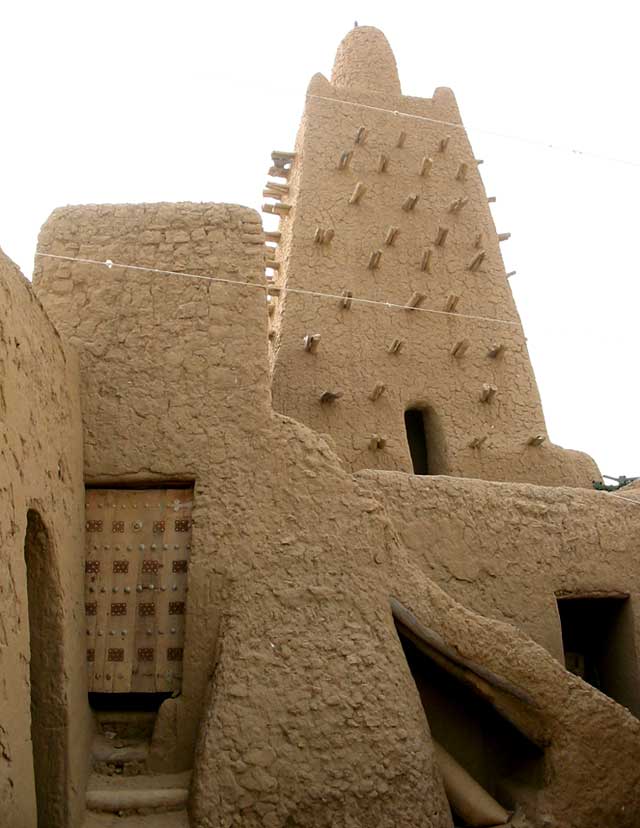 A court house in Timbuktu

The writers of Timbuktu were in the service of the king and consisted of a large number of learned men; doctors, judges, priests, scholars, philosophers and scribes. Their subjects concerned astronomy, medicine, mathematics, literature, linguistics, music, philosophy and law. These translated manuscripts and book copies were sold on the Barbary coast “for more money than any other merchandise”  ~ Leo Africanus.

So Timbuktu, formerly a vast conduit for wealth in goods, became an even greater resource of priceless written material, 800 years after its inception. 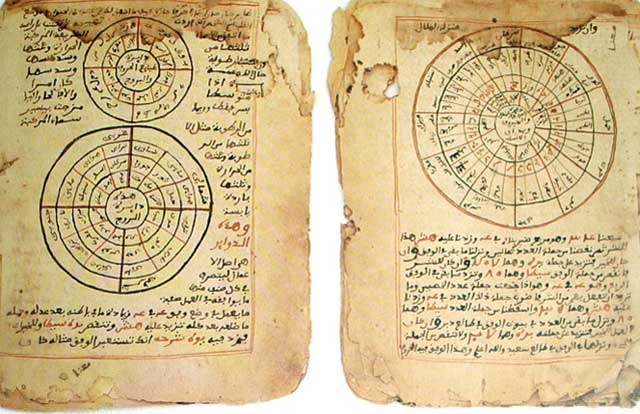 Only as late as the 1960’s did the United Nations Educational, Scientific and Cultural Organization decide to check it out. They discovered no less than 700 000 manuscripts with the oldest being from 1204. A recent discovery of over 50 000 other volumes of written text have been found, including poems, history and documents.

Many of the Timbuktu manuscripts can be considered as beautiful as those of the European monks, bound together with covers of wood and leather. The ink was extracted from vegetable dyes making brilliant colours incorporating gum arabic as a fixative. 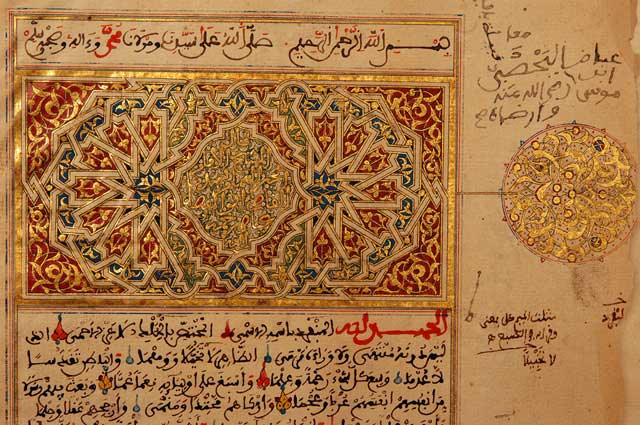 Courtesy of the Prince Claus Fund

Africa has always been considered as nothing more than a continent of song, dance and oral tradition. Thankfully, that is still mostly true. Although here, included in its richness are writings of exceptional value for future deciphering. Today, the city boasts between sixty and eighty private libraries.