The Bushveld 2 – In the Timbavati Bushveld 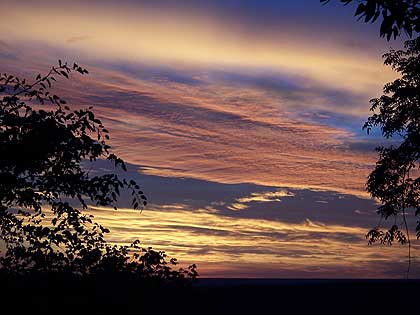 Part 2 and back to the first part here.

Timbavati Before the Game Fences

Childhood… Who remembers that? Especially since it was way back in the 60’s. And if you do, how much? And of that how much, how much is true? And how much is colored by better memories, ignoring the facts. Weather good or bad memories… it does no good remembering the bad, but we try to keep the good pure and unsullied by fiction.

That’s what’s so hard about bush life. You’re living in a dream anyway, so how do you keep to the facts? That is my task for this next article, about being a child out in the sticks, growing up in… ‘my bush’ among Africa’s wildest.

Carrying on to the camp up north of our Timbavati bushveld, requires the crossing of a number of dry-river-beds, small and large. Although in this world, a small stream in flood is a moment to stay your ground and cap right there. Crossing the dry sandy rivers usually calls for a 4×4 or something like a Volkswagen, with weight in the back to get through the sand. In some places, the crossing is for eighty to one hundred meters, between tall reeds, often over rocks and islands, all hacked out with axe and shovel. 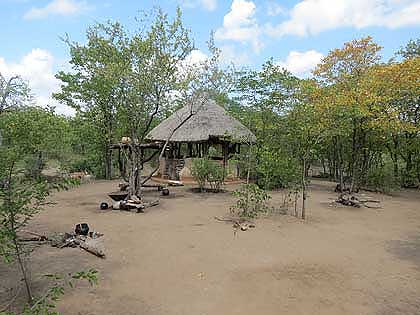 Not Everyone’s Cup of Tea

As the day and the journey progresses, it begins to get really hot. Water bottles are hauled out; cloths are soaked for wipe downs and the air blowing through the windows cools you – sort of – down.

After a long harrowing journey (mostly involving some sort-of repair) on the dry dusty dirt roads, we arrive at the Marula tree, our turn-off into the Timbavati bushveld area. Here four other name boards are attached to the long-suffering tree (much to my chagrin). On down two-track road, it seems as if you can taste the smell and coolness of the bungalows. Only three more rivers to cross and the game begins to appear, as if they know you’re friendly and have come to greet you at your arrival. Or are we intruders into their otherwise peaceful existence, where some run off further into the bush turn and look to see if you’re following while they wonder why they ran in the first place. There’s a special why animals react to vehicles in the wild, indicating if they’ve been shot at from a vehicle or not. Call it instinct, but you can tell weather they have or not.

Here in the Timbavati bushveld, is a world far removed from, as some would say, ‘civilization’ or ‘the big smoke’ where the nearest small town White River is 170 km (105 miles) away. Or the mission station at Acornhoek, run by Nuns, the nearest medical facility and trading store, being a little closer at 70 km (43 miles). Here at camp, there is no electricity, radios or phones, TV what’s that? Except for that radio in the vehicle and used from time to time – once a week – to listen to the news, in case the country has been nuked without our knowledge. Anything else is of no consequence to life in the sticks, apart from injury and sickness. And who dwells on that out here in such a vibrant world?

What do Francolin, Milk and Wildebeest Have in Common?

Breakfast! On school holidays here in this Timbavati bushveld, growing up as a young boy, the day started by going out at 5-6 am with a single shot .22 rifle to hunt francolin – a small ground bird – for breakfast. I once complained about the single shot .22, instead of having the neat 10 shot magazine breach loader in the gun cabinet. This brought a sharp retort and a story of old, about the single shot muzzleloader. How one boy my age, temporarily married his nose to a percussion muzzleloader, when the hammer slammed down on the percussion cap with his nose in the way. Like I would be so stupid as to do that? Well, this kept me happy with my single shot .22 for years to come. And I was only once treed by a local leopard. Apart from tinned food, what you shot or gathered, is what you ate, after the chef, (aka camp caretaker, chief cook and bottle wash) and you, pluck and prepare the meal in time for breakfast. Funny how you forget the feather plucking part while you’re doing the hunting. In case you need to judge, it would be worth noting the distance to the nearest food emporium, (105 miles on dirt roads over many rivers) hoping no thunderstorms come up to flood the rivers while shopping. That’s when parking became the least of your problems. With a 50ltr (2 cu feet) kerosene deep freeze fully booked, with hunting among the most dangerous wildlife in the world at only 10-12 years of age on my own, I think I earned my keep. (I could have let you in on some hair raising experiences, I hope will never repeated).

Orange juice! Now there’s a treat for breakfast that only happens when you’ve first arrived, until the two or three bags of oranges you bought at the road stalls on the road, are eaten up. Another thing is fresh milk… well, sort of fresh, bought yesterday on the way-down and after that, it’s brack (salty water well) water and powdered milk all the way, using an old hand cranked egg beater to mix.

On a typical trip we shot game for our food, something like a wildebeest for camp meat and biltong, as well as rations for the rangers/workers, which always put them in a very festive mood for the day following, having eaten much-longed-for meat the night before. This meant, we had Wildebeest liver and kidneys with bacon (from the deep freeze) for breakfast, instead of me hunting for francolin. 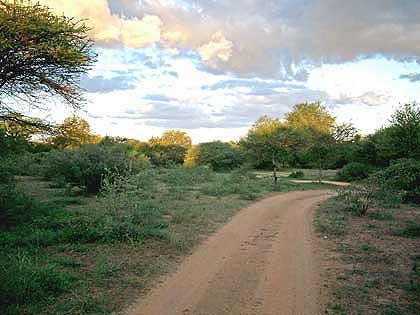 Bacon from the deep freeze. That was my job, to fill up and light the fridge and deep freeze and then maintain. And then every evening, it was my job, to light up lamps at dusk. First, were the Tilley and Coleman paraffin (kerosene) pressure lamps, then came the usual four hurricane lamps, for walking to your bungalow (leopard often came into camp scrounging around) when needed. These were always kept in the scullery. Each bungalow had a lamp hooked on the wall, which was lit by the occupant when bath or bedtime came around. The table Tilley, was for the lounge and one Coleman for the stoep – porch – another for the kitchen. The last one was hung in the Boma, from a tree branch, conveniently placed to see the food on the table and as a light for braaing (barbecue) food at the fire in the middle of the Boma with the aid of a torch or head spotlight.

When time had come for supper, we always ate in the Boma, Timbavati bushveld style, except for when it rained. Preparing for dinner started at 4:00 pm when a log wood fire was set up on the sand in the center of the Boma to be ready (for coals to develop) and there the meat, onions and potatoes were cooked. Arranged in a semi-circle were the obligatory beach-type deck chair facing the fire, with the tall dry river-reed wall attached to posts at your back (making up the Boma walls). On every post, sharply contrasted by the light from the pressure lamp, were antelope horns proudly displayed, as reminders of a hunt long past and food well eaten. Sitting down facing the fire, silence typically reigned, with everyone listening and enjoying the night sounds. A nightjar, then a hyena, a pearl owl or a local eagle owl, some jackals, then lions out to mark territory or on a hunt, a leopard grunting (sawing) as it walked past the camp. Then there were the wood borer beetle drones in a reed wall post near one’s ear – um, ignore the beetle. All in all, a cacophony of sounds, sounding out the rhythm of the night in… ‘my bush’.

Below are the exceptionally talented ‘hang massive’, ‘handpan’, ‘hang’, ‘hanghang’, or if you prefer ‘hang drum’ players. There are many similarities between these and the Djembe African Talking Drum in tonal sound and pitch.

To restart the same video, simply refresh the page.