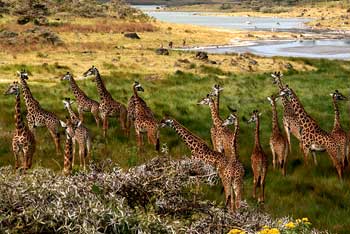 The events here took place a while before we moved back to Africa. Our motivation for returning was primarily a deep-seated longing for the land of our fathers. But if I’m going to be brutally honest here, I think Moz was worried what a major family crisis could do to the phone bill!

There’s always a lot of reporting on the International News about Africa. It’s usually negative; mostly politics or news of a famine, an uprising, or a conflict of some kind or another. Well I can tell you of a thing or two happening in Africa and I’m not even mentioning politics! Moz and I have our own ‘up–to–date’ story running from Africa with breaking news, telephone interviews and nail-biting, edge-of-seat-reality!

As some of you may already know, we have two sons that have made Africa their home. One is in Johannesburg, South Africa and the other son, Josh, lives outside of Harare, where he is a partner in a game capturing company, treating animals (giraffe, buffalo, wildebeest, rhino, sable, lion, roan, impala, elephant, bush buck etc, etc) for ailments and parasites or moving them to other camps, reserves and countries. At the time of this story, Josh was visiting a friend, who was doing veterinary work in Tanzania. We were still in Scotland when I got a phone call and it went something like this…

In Scotland; a call from darkest Africa

“Hi Josh, what’s happening? How are you?”

“We’re fine, just busy. How are you and where are you?”

“So, you got through the border OK?” (Sometimes crossing borders in Africa is tricky)

“So what’s up, you don’t sound so good?” (Notice how my normally excellent English starts to deteriorate?)

“What kind of Malaria?” (Trying to keep panic down)

I’m speechless… while brain processes information… picture 6’ 8”, 100kg son lying pale and drawn, gaunt frame covered by sheet in ‘Albert Schweitzer’ type, palm-walled clinic somewhere in ‘darkest’ Africa, while battling the deadliest malaria known to man! (Had I realized how close this vision was to the truth, I might have panicked). The symptoms had started on the 36-hour bus ride from Zimbabwe to Tanzania and by the time Josh arrived at his destination, he felt like he was dying.

The only people he knew in Arusha were missionaries, friends of a friend, who took him in, put him to bed and nursed him until the crisis was past. It was nothing short of a miracle that the husband was a pharmacist who had weathered several bouts of Malaria himself. He and his wife knew just what to do to help Josh, giving him the medicine he needed, liquids, food, a place to sleep and rest and cleaning up after him until he could travel. This gut-wrenching call occurred three days after the initial diagnosis and he spent another two days of utter misery until the crisis was completely over.

Saved by the Missionary

A side note here about missionaries: Since Africa was explored and the pioneering giants first went to heal and spread Christianity, there have been missionaries in Africa. As well as preaching and establishing churches, they (such as the above-mentioned Dr Albert Schweitzer) worked tirelessly in all sorts of capacities, teaching, healing, running food distribution centers and implementing skills programs.

I have often come across blogs started by yet another young family, (newly arrived in some remote part of Africa), to keep friends, family and fellow church members posted with their news and progress. Even if their doctrine or politics may differ from many, the work being done is vital and this is one mother who has sent up a silent thank you for these often, unsung heroes.

No time to lay about

By the middle of February, Josh was well enough to attend a course on game darting, along with an international group of vets and rangers. After the week-long course was over, he was back at work in remote areas, where even mobile phone signals don’t reach and don’t ask about land lines. We would hear from him when he touched base in Harare between jobs, but he seemed to be fully recovered from his bout with the world’s deadliest killer.

Moz had grown up in the heart of the South African bushveld in the ‘50’s and ’60’s and in the early ‘70’s worked for expeditions into Botswana to the Okavango Swamps and the Central Kalahari Reserve (traditional home of the Bushman -“San” people). Reflecting on Joshua’s bout with Malaria, I remembered Moz saying to him, as he left Scotland for Africa “Remember Josh, it’s not the big things that are problems in the bush, it’s the little things.”