Life in the African Undergrowth

Some little big five African animals you may not have seen. 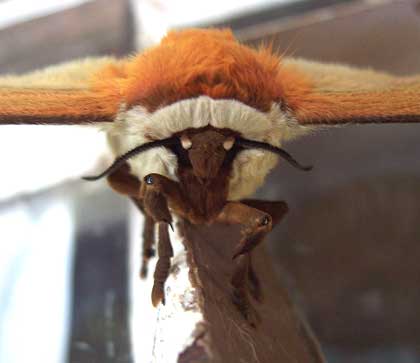 Monster Moth With ‘Steel’ Knee-caps? Looking down the barrel. Quick! Let’s play word association. What are the first three animals that spring to mind when you think African wildlife – Probably not caterpillars, lizards or beetles? Well, I rest my case. For awesome and wonderful, we’ve been well trained to see big as best and for awesome and wonderful you don’t have to look further than the big five and the large antelope of Africa. So bug..er the little ones. The Mozambique Skink. You can tell by its shiny blue tail.

But what about those thousands, or rather millions of small creatures that interact with the big five every day? Those you and I don’t see every day like they do. Do they have an impact on the big five? If you don’t think so, you’d be wrong. So here you can join this little world the same way they do. The small, insignificant and easily overlooked inhabitants of the world of the big five. Bursting with color or character or both, these are the small, seldom seen dwellers of the African undergrowth. 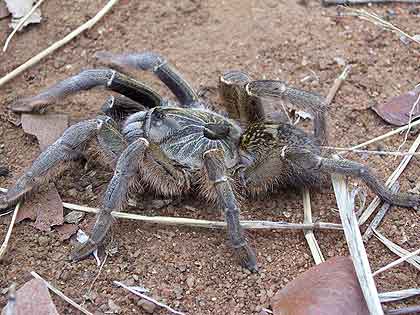 Baboon? No. Baboon Spider. “That’s Me!”. Poisonous? “Slightly!” Only if bitten? “Painful bite though!” 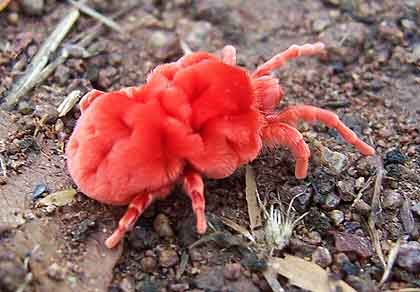 Not a Cushion. It’s a Red Velvet mite on Eight Legs. Spider? Yes, sort of!

Now you get to pick from the private world of unseen small animals, what you think should be the little big five.
Before you choose, consider the earths greatest survivors. A clue; why are these little creatures, considered the most successful of all animals in the whole earth’s animal kingdom? Sap-Eating, Regal Fruit Chafer Beetle. “The Force be With You!”