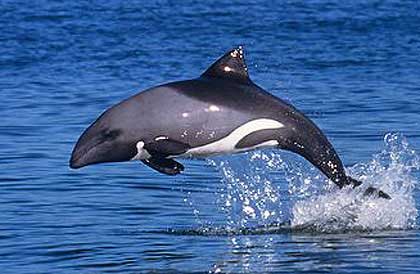 Cousins to the Killer Whale

Should you find yourself on South Africa’s West Coast, somewhere between Melkbos and Springbok, keep an eye out for Benguela dolphins. Often, when walking a windswept beach, pursuing the perfect bit of driftwood, you’ll catch the flash and glimmer of creatures playing in the swells. But stop for a moment, really look and the image resolves into a group of exceptionally small *killer whales!

No, can’t be *killer whales – these are much too small… maybe porpoises? But the markings are black and white? These pretty little marine mammals, cavorting just offshore, are the Heaviside’s dolphin – Cephalorhynchus heavisdii, better known as the Benguela dolphin; found only off the coast of Namibia, Angola and the West Coast of South Africa in the cold, Benguela current and nowhere else on earth. 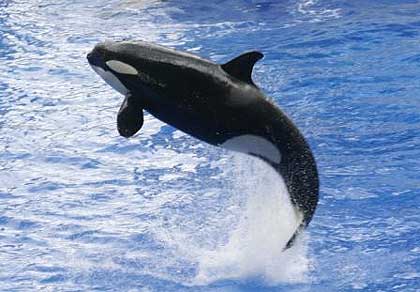 Cousin Orca or More Commonly Know as the Killer Whale

A stocky, compact dolphin, about 170-180 cm in length and weighing up to 75 kg; their size along with a blunt head and absence of a beak, means they are often mistaken for porpoises. Their complex coloring, shades of grey from very dark to very light along with flashes of white, gives them away.

Benguela dolphins feed on fish such as hake, kingklip and squid and bottom-dwelling fish but not much else is known about this species which can only be classified as rare. Benguela (Heaviside’s) dolphin are listed on Appendix II of the Convention on the Conservation of Migratory Species of Wild Animals (CMS) as it has an unfavorable conservation status, being rare and endangered. 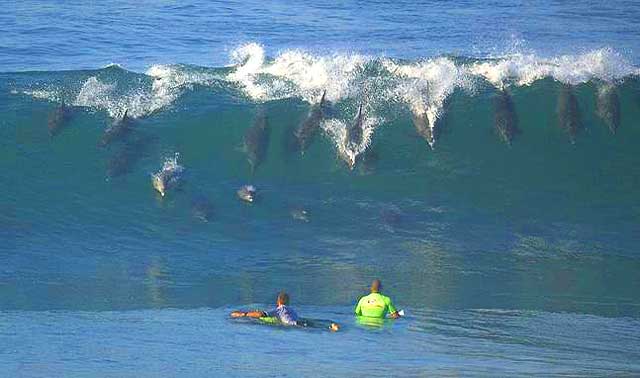 The Original Surfers Showing Off

So, imagine you’re at St Helena Bay on the South African West Coast.  This means, the ocean is the Atlantic Ocean and in these parts, it’s dominated by the Benguela Current that sweeps up this whole coast line from Cape Agulhas northwards toward Angola. The Benguela Current is a broad, northward flowing ocean current driven by the prevailing South Easterly Trade winds; these cold, South Atlantic waters sustain the productive Benguela ecosystem.

The most plentiful commercial fish in the Benguela system are pilchards and anchovies, although pilchard hauls have declined in recent years. At least 37 species of whales and dolphins are also attracted to these nutrient rich waters, along with seals, African penguins and abundant seabirds. 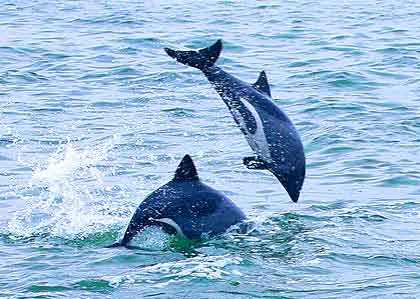 Other Atlantic Ocean mammals, birds and fish occur in many places but here is a truly African dolphin, and unlike the southern right whale, the Benguela dolphin only occurs here.

What other living creatures are quietly slipping into obscurity – unknown to even their closest neighbors?

The Atlantic Ocean was maybe three-hundred metres from our front door.  We fell asleep at night and woke in the morning to the sounds of waves breaking on the shore and never considered the local marine environment was home to yet another endangered species.

Here is a video of a kayaking instructor who recently saved a very rare dolphin from certain death on the beach.