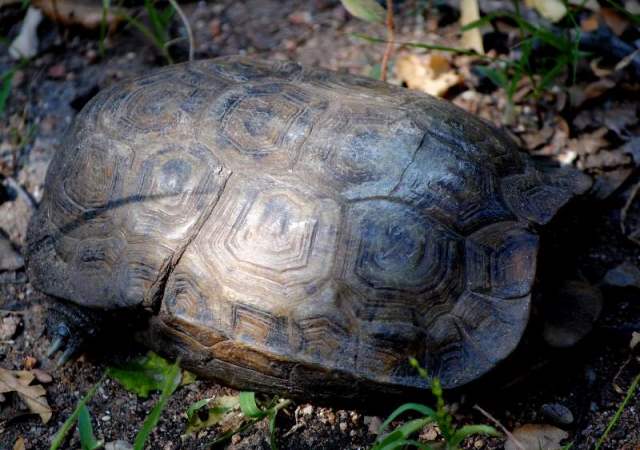 What an interesting rock

Meet the tortoise that can fold

What’s that moving there in the shade?

No, there’s nothing there…

Wait, I saw it move! Look, just under the purple leaf…

“It’s nothing,” he said, walking up to the spot – “only a rock.” And we turned back to examine the mass of processionary caterpillars winding down a tree trunk.

The rock got as far as the fence before he caught it and brought it back for a photo shoot. 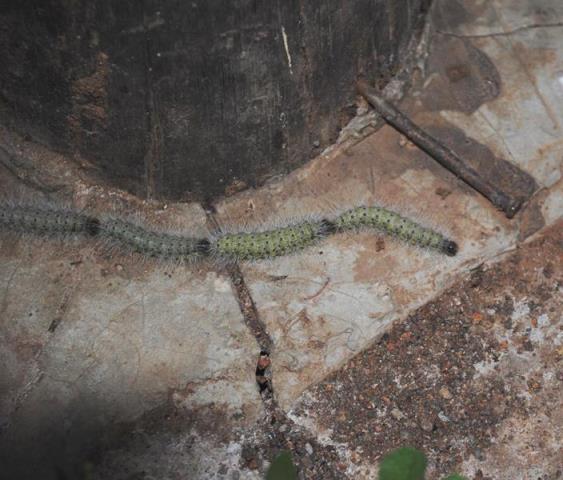 Can 53 Caterpillars do the Conga?

There aren’t too many of these hinged tortoises roaming around. The tortoise we most commonly see here is the Leopard tortoise with a wonderfully marked shell. But these guys, well they’re scarce or rather, “not often seen.” 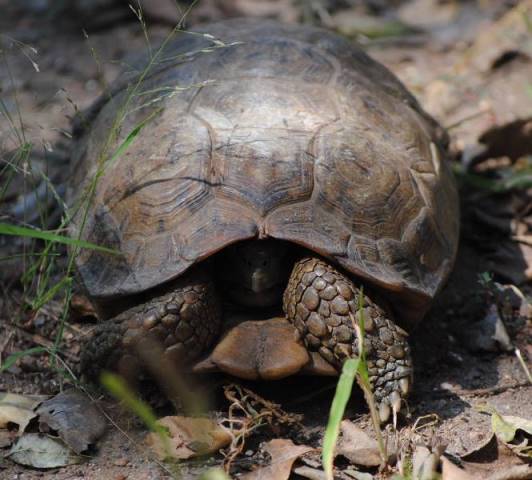 This big critter is a Kinixys, a genus of turtles, native to Africa, and ordinarily known as hinged tortoises. Ok, he’s not so big if you’re an elephant but for a hinged tortoise, he’s about as big as you get.  The carapace – that’s “shell” to you and me – was about 25cm (10”) long and he must have weighed 1…maybe 1.5 kg (2-3 pounds). In the pictures above and below you can make out the seam line two-thirds down his back. This is the hinge – depending on the species of Kinixys – this can be dropped to protect the tail and back legs from predators 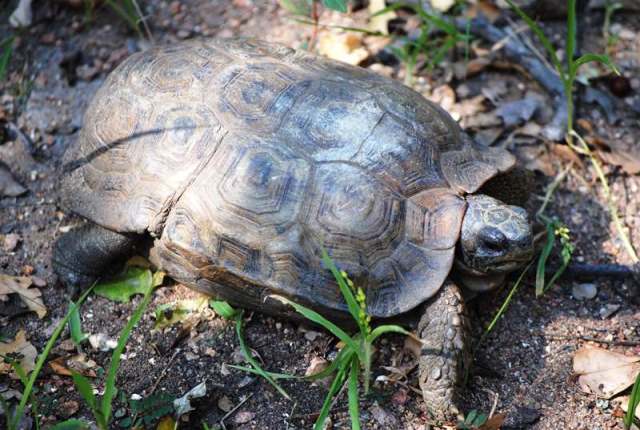 Ready or not, here I come…

Tortoises are land-dwelling reptiles and like turtles, tortoises are protected from predators by a shell. The carapace is the top part of the shell and the underside is the plastron.

The term “tortoise” or “turtle” usually depends on whether the animal is terrestrial or semi-aquatic. Although a tortoise can have webbed feet, a true turtle has flippers. Does that make “the Rock” here neither a tortoise nor a turtle? Beats me.

But he seemed to be heading for the water and sure enough, when he got there (with a little help), he sank his whole head under the surface… 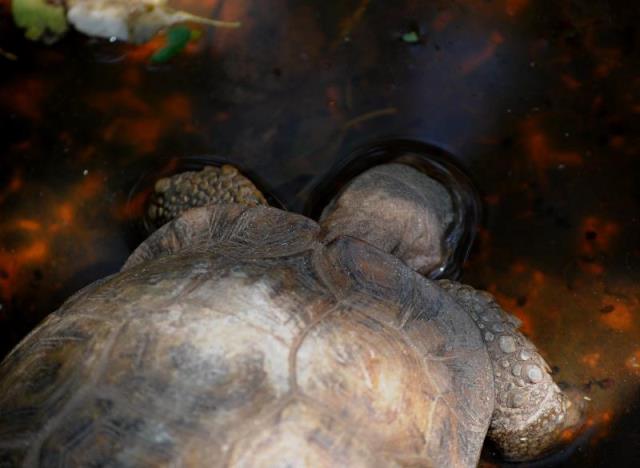 And stayed there for absolutely ages!

Finally, our hinged tortoise emerged for air? And looking around for assistance indicated he would like to get down now. Thank you, very much! 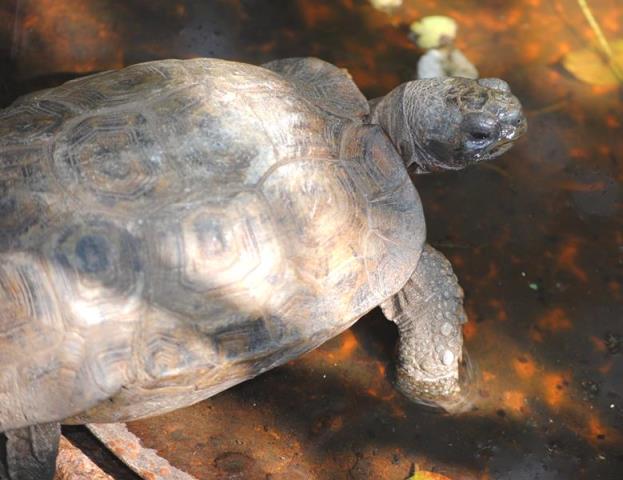 Then it was time for the salad bar. After a long leisurely appetizer…nibble here…nibble there, he decided on an entrée and dug in with gusto. 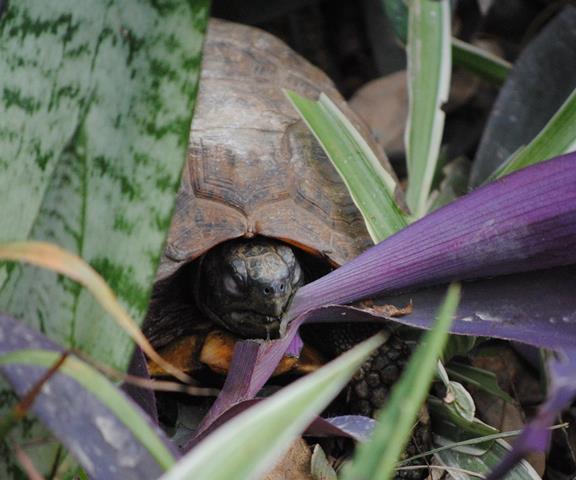 Occasionally, especially if you do a lot of hiking or walking, you can come across tortoise or turtle eggs laid in the wild and left to hatch. Resist the impulse to pick them out and take them home. Once laid, moving or rotating turtle/tortoise eggs will kill the embryo. It’s attached to the air bubble at the top of the egg, and if the egg is rotated or shaken, the embryo can become disconnected and drown in the fluid. 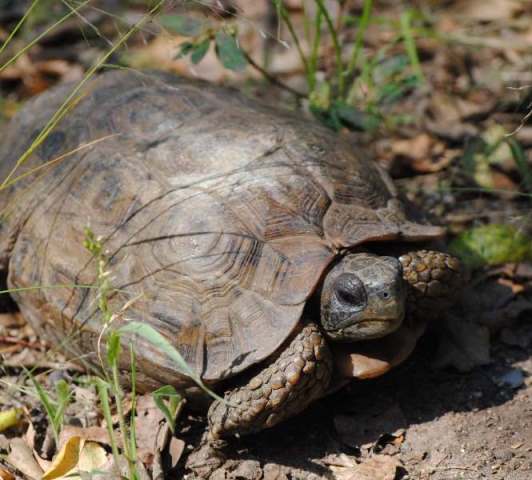 Large numbers of these creatures enter America each year, sold for pets. Hinged tortoises are listed as a CITES II animal and every effort should be made to care for them as the precious creatures they are.