Nature is not a Testing Ground 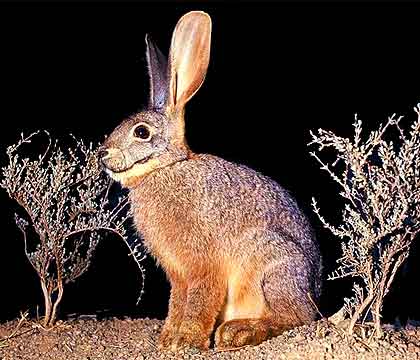 Smiling His Way Into The Future

Good Habits are Hard to Break

Up until now, “Rare and Unseen – African Animals” have introduced some of our wonderful animals that are just not that easily seen in their natural habitat. Most of them are hard to find because their habits and our habits just don’t mesh. But unlike the Black Footed Cat, who is genuinely vulnerable, the Aardwolf, Cape Porcupine, and Aardvark exist in profuse numbers. An animal that qualifies for inclusion here has to fit one of these criteria; either rarely spotted or very rare. In the case of the riverine rabbit, it is nearly extinct, so a true rare rabbit. 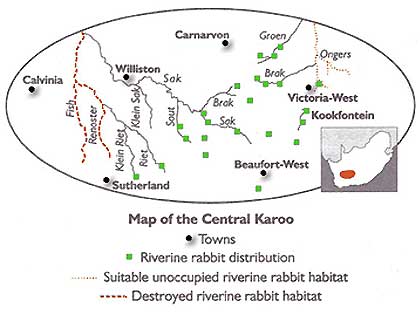 The story of the riverine rabbit is a typically tragic one at this stage and their lives hang in the balance, relying on man to help them stay in existence. So looking at the riverine rabbit, we see one of the most critically endangered mammals in Africa. No, one of the most threatened in the world, with an estimate of only 200 – 400 individuals remaining in the wild. At this stage this little rabbit is the most endangered mammal in South Africa and currently on the red list and more endangered than the black rhino at roughly 5,000.

Colloquially, our rabbit is known as the Bushman rabbit. Scientifically, it is called Bunolagus monticularis and is the only member of its genus. The species occurs in a very specialized habitat in the central Karoo regions of the Northern and Western Cape. 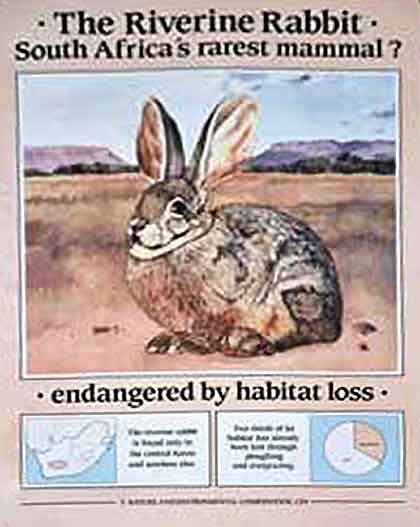 The Rarest Mammal in South Africa

Africa’s One and Only

Why are they endangered? Well they are Africa’s only burrowing rabbit and are nocturnal; eating at night and sleeping in the day under the Karoo bushes they feed on. Their favorite food is the buchu bush, familiar to some as boegoe tea. The fact that they burrow and where they burrow plays a large part in their plight. This little rabbit’s habitat is restricted to the deep silt flood plains of seasonal Karoo rivers and only these areas. Adding to its problem is its natural habitat does not fall within any formally protected areas. Therefore, the riverine rabbit’s future existence depends on the land owners. The following is an excerpt from the joint Conservancies in the Great Karoo. “The survival of this species depends on the landowners that participate in a network of conservancies to conserve the remaining habitats and form an extended riverine rabbit conservation area.” 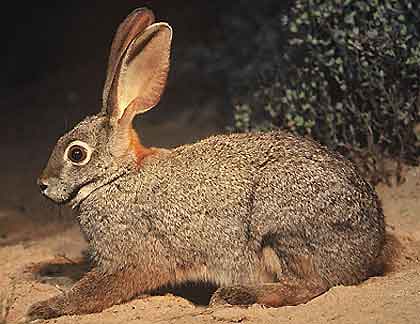 Caught in the Trip Flash

The Riverine rabbit’s limited habitat coupled with the fact that they breed very slowly means a female may only produce four kittens within her lifespan (about three years). Efforts in conservation are underway to protect the wild population and you can go to this website, here to read more about this striking rabbit and the natural environment it needs to flourish. There’s also a free poster as well as a PDF fact sheet that you can download, great for the kids. 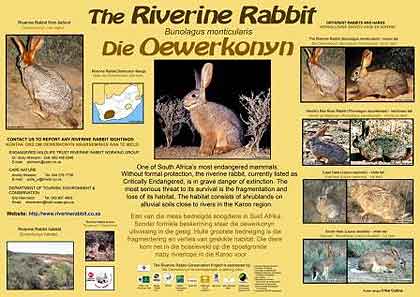 Too Cute to Die Out!

Apart from the unusual facial stripe from the edge of the mouth along the cheek that gives them a perpetual smile, they are chunky and cuddly with big hind feet that always remind me of Thumper. By the time the blind, bald newborns reach adulthood, they will have acquired plenty of fur with a cream-colored tummy and throat and a dark tipped pale-brown tail.

We’re rooting for smiley. How about you?

“When I hear of the destruction of a species, I feel just as if all the works of some great writer had perished.” – Theodore Roosevelt