The Hunter and the Leguaan 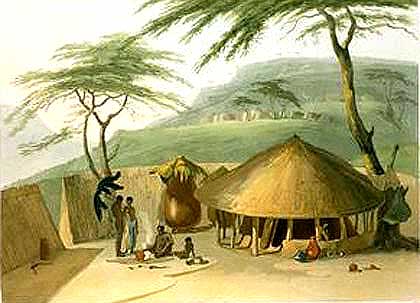 The Hunter and the Monitor

Long, long ago somewhere in Africa… When the earth and all the people and animals were new… A Shangaan man took his dogs one day and went hunting for some Guinea fowl. Along the way he came upon a leguaan by the broad and dusty track at the river’s edge. The leguaan said to him, “Master, help me across this desert waste.” For this great river bed was just as impassable as an endless desert for one so short as the leguaan. 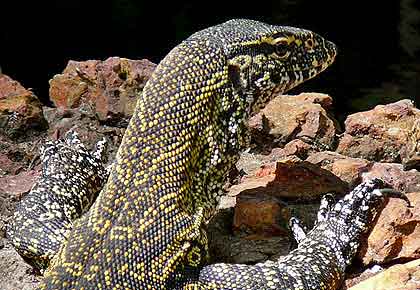 As soon as the hunter put the Leguaan down, it vanished from his sight and was nowhere to be found. So the hunter went on with his dogs and killed some guinea-fowl. Then, as the shadows grew long, there came rain, together with much thunder and lightning. And the man took refuge in one of the little watch-huts put up in the fields for those whose business it was to drive away monkeys by day and wild pigs by night. 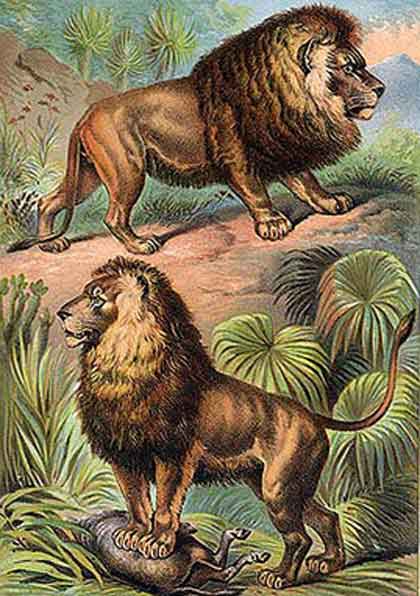 African Lions With a Kill

The leguaan, who had followed him unseen, climbed into the thatch to hide. Presently, as the thunder died away and the rain stopped, a lion came along, and addressed the hunter saying, 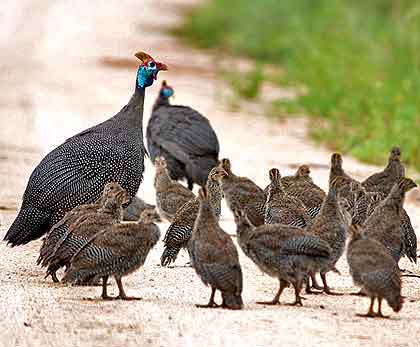 A Deep Voice From the Thatch

The hunter was terrified, and could neither speak nor move. The lion, receiving no response from the hunter, roared out the same words a second time.