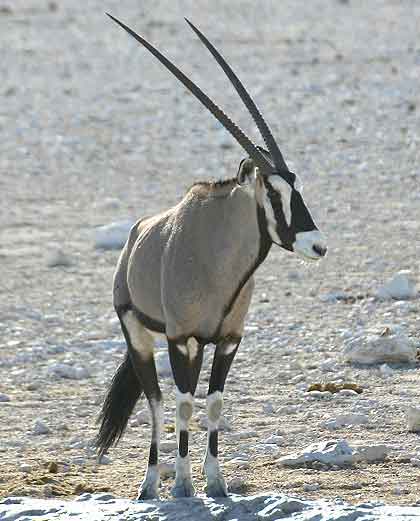 Long, long ago somewhere in Africa… When the earth and all the people and animals were new… Leopard was coming home from hunting once, when he came upon the kraal* of Ram*. Now, because Leopard had never seen such a powerful antelope as Ram before, he approached submissively and said, “Good day, friend! What may your name be?” 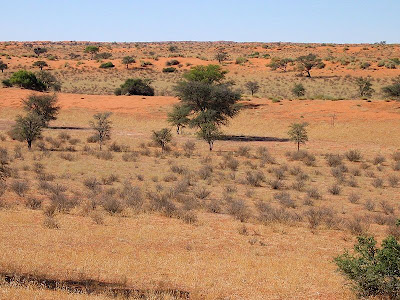 Jackal lived at the same place as Leopard, and going straight to him, said, “Friend Jackal, I am quite out of breath, and am half dead with fright. I have just seen a fearful looking fellow, with a large and thick body with long straight sharp horns on his head, and when I politely asked him what his name was, he said in a shuddering voice, ‘I am Ram,’ beating his breast with his forefoot. 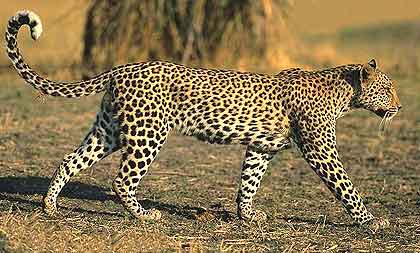 Next day the two set off for the kraal* of Ram, and as they appeared over the hill, Ram, who was calculating where he could gather some succulent provisions, saw Leopard coming with Jackal. He immediately went to his wife and said, “I fear this is our last day, for Jackal and Leopard are coming to get us. What shall we do?” 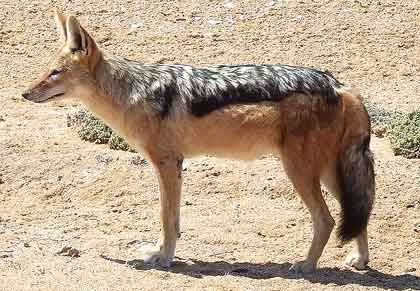 Leopard Could Wait no More

On hearing these dreadful, terrible words, Leopard, in spite of the Jackals’ pleading to let him go, set off in utmost terror!

*Ram, a male Gemsbok (Oryx), which is a tough antelope with long straight horns, from the indigenous arid regions of Southern Africa and well known for taking care of itself in defense, lions included.

*Kraal, is a generic African word to describe a pen for livestock, or an enclosure made especially for defensive purposes, or even as a homestead layout.