Trekking Through The Bush 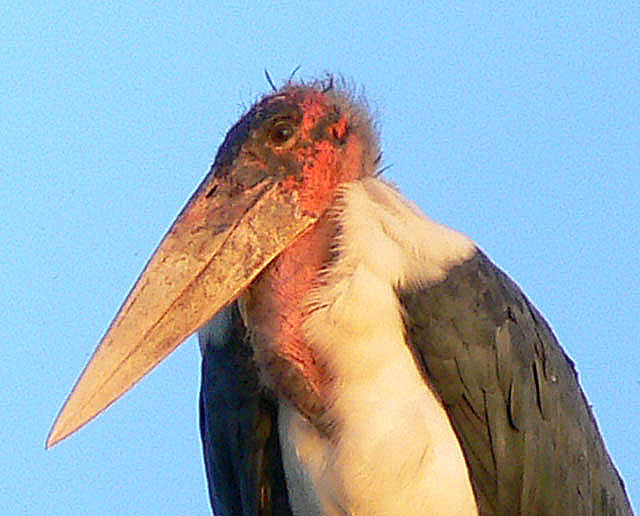 Dinner at the greasy spoon.

You can’t keep a good site down…WE’RE BACK!  Wish yourself whatever you need for 2017 and have a happy year.

Maribou storks congregate wherever the food is good, cheap and plentiful like your local greasy spoon and this, in no way excludes a stop-off at the local trash dump – although your tastes may differ. 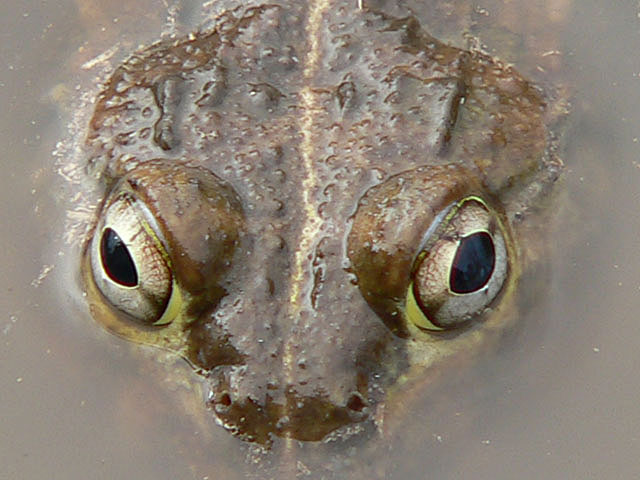 Be thankful I’m small, with no teeth.

I don’t know who saw, who first? With a face like that, I’m sure glad its not ten times bigger than it is! Sneaking up on me like that. Note to self, ‘gotta keep a better lookout.’ 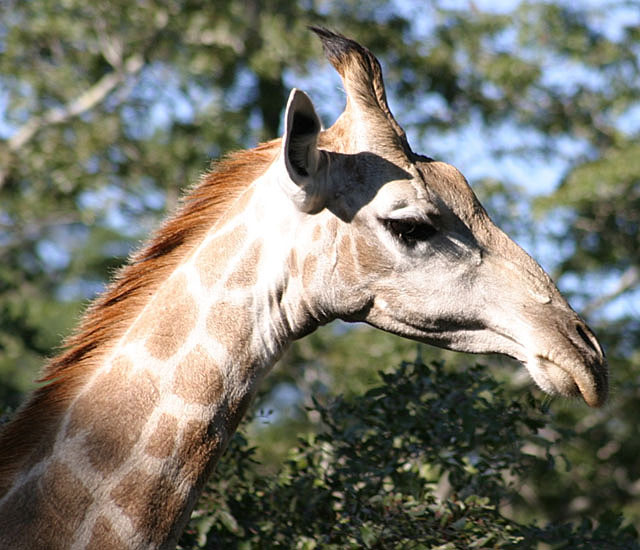 You say the tallest trees get the most wind? Ooooh noo!

I cannot imagine why this giraffe looks like she does. I have many more questions than answers. What made this one so seriously fast looking? Has she been staring into a wind tunnel? How did the mane get so flat? Has she been pushing through too many low bushes? Any ideas, folks?

Now it’s my info. Even if you don’t know male from female giraffe, you can tell by the tuft of hair on the top of the females horns, whereas the males are bald on the top of their horns. Horns, well not exactly, they are commonly called horns although their correct name is ossicones. 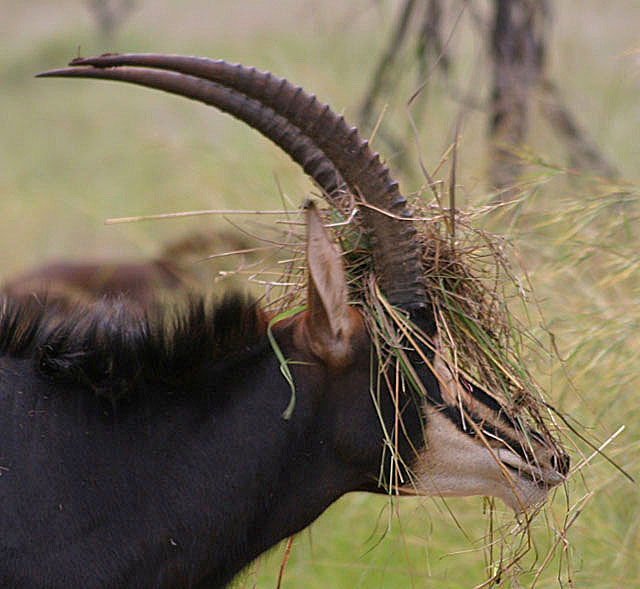 The perfect live pitchfork. Who said? ‘You’re supposed to eat your food. Not wear it.’

Looking at this sable, a child laughingly remarks. “Look, the sable’s wearing his food on his face?” Don’t you remember being told, “You must eat your food, not wear it.”

Well, clearly this indignity does not apply to wildlife! 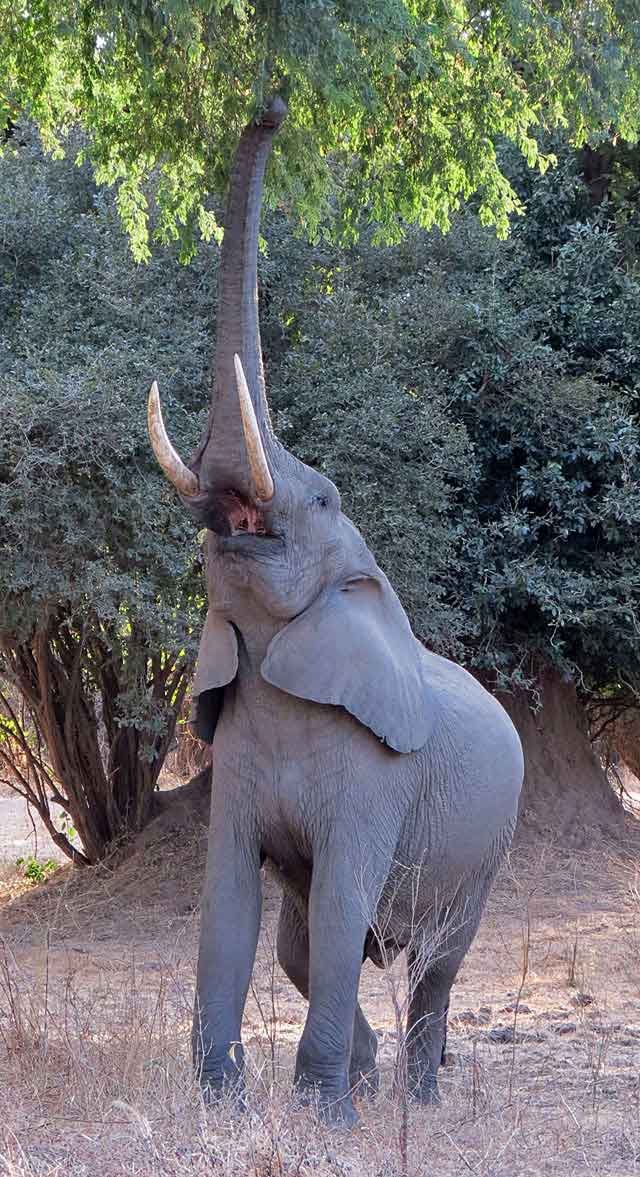 Even Elephants have to stretch.

Now you can gauge exactly how high your treehouse needs to be. If it’s lower than this, don’t keep oranges around because elephants can smell oranges clear across a national park. A number of people (in various places) have had their oranges suddenly snatched by some wandering trunk finding a gap in their defenses – watch out for baboons too! We had to invent a way to keep elephant out of camp when the oranges started bearing. 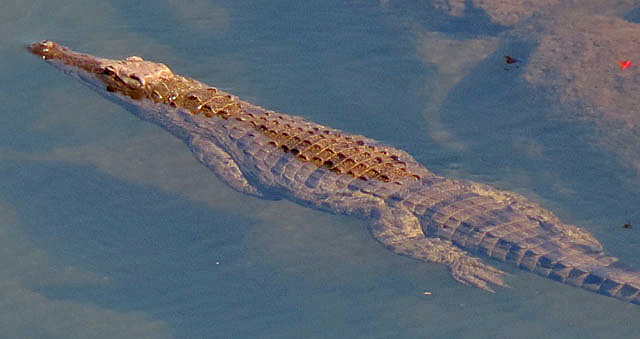 “What form? What conformation! What style!”

“Any synchronized swimming team would be proud to have me!”

I just knew you were desperate to know what crocodiles think about all day. You’re welcome. 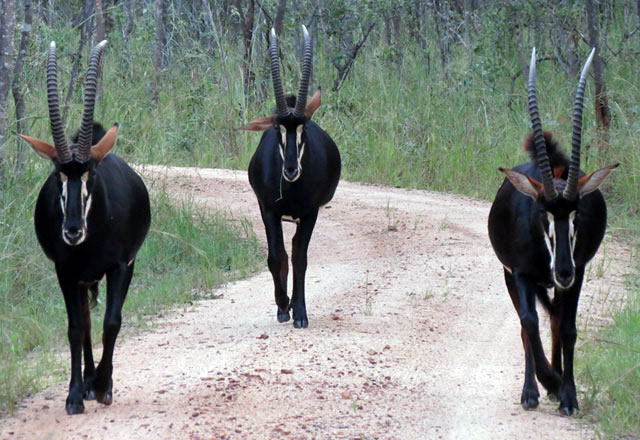 Our three, stout dinner guests probably don’t know that, due to its slimming qualities, black has been a fashion statement for a long time. 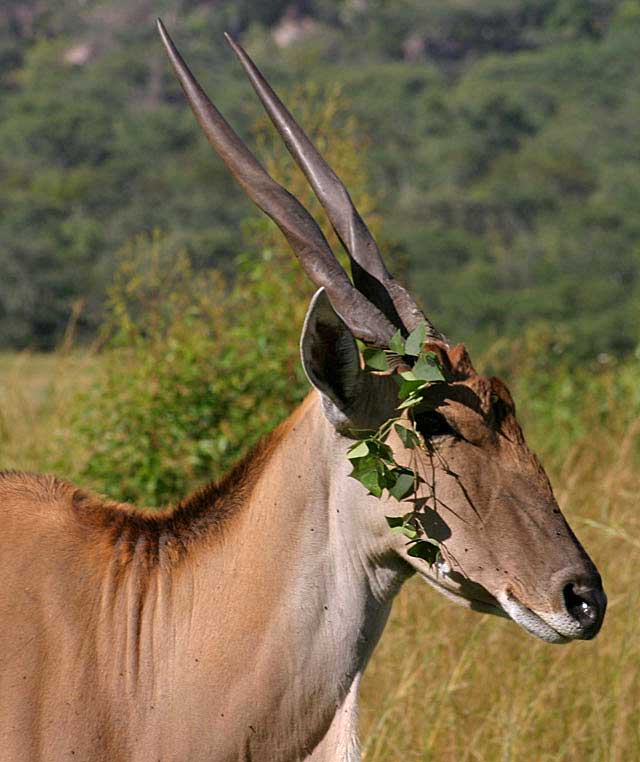 Must be the race winner.

Even a common eland, who mainly eats grass and leaves, prefers places with a wide variety of flowering plants such as savannah, woodlands, and open grassland. Now we know why – they’re not averse to crowing their winners with garlands! 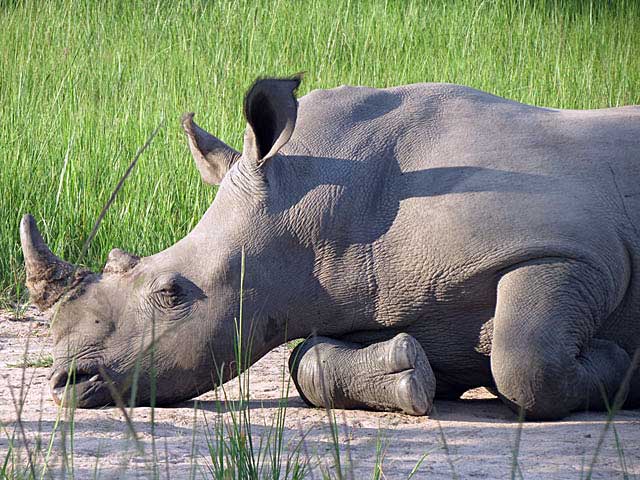 “Everyone is a bore to someone. That is unimportant. The thing to avoid is being a bore to yourself.” ~ Unknown 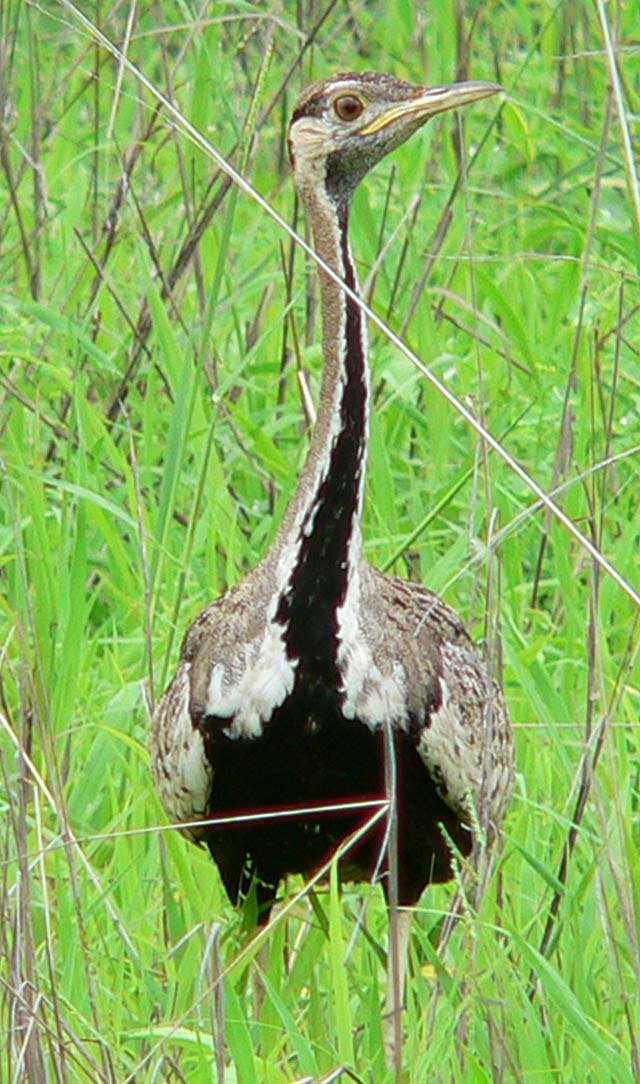 Look! I’m not a Roadrunner.  Only a Black-bellied korhaan… Wada I know ‘bout Hollywood? Its not Hollywood I’m after, its Nollywood I want and that’s another story.

“Pick a number, any number. I didn’t know where I was.” 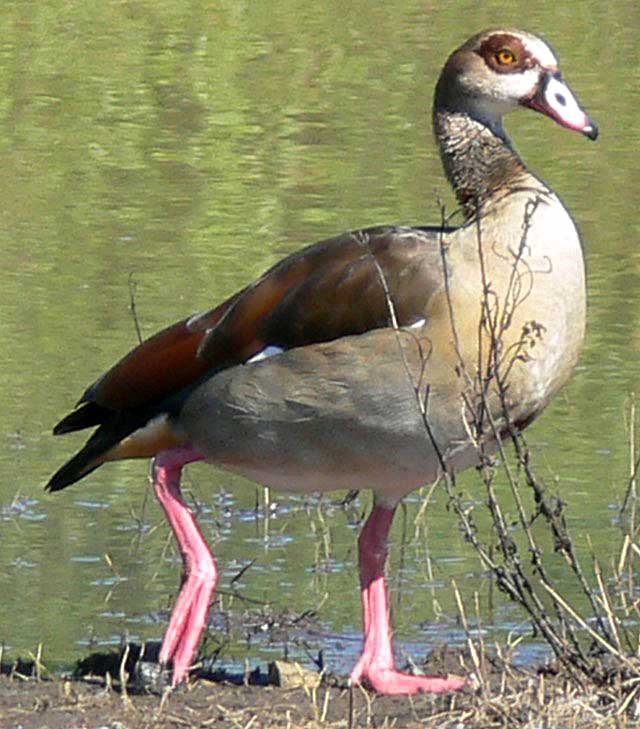 I keep stubbing my toe on that one. And yes, I love pink.

“Pesky stones! Well why pink waders you ask? Some animals don’t fancy pink. They say the predators can see you better.

Me? I like a touch of pink, it goes with everything and it’s cheerful. Just ask a baboon.” 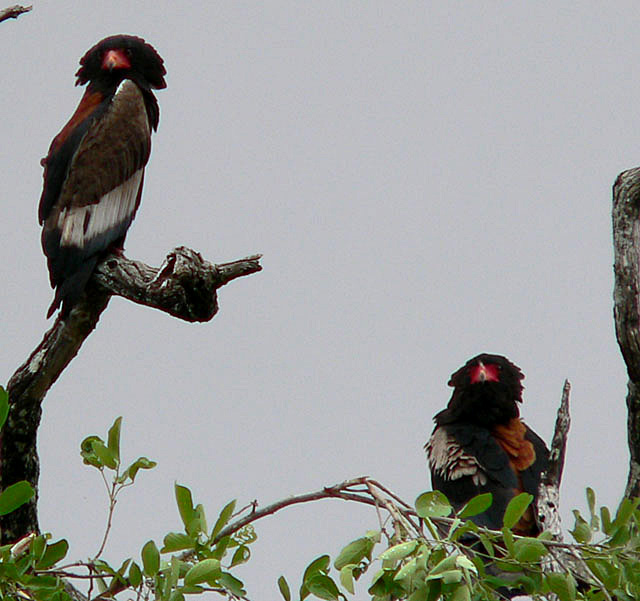 Twins? “No, but she’s definitely the ugly one.”

No! I’m not having a “bad feather day,” I always look like this. We’re Bateleurs, a type of African eagle, one of the best known large birds of prey in the African savannah. We may not look pretty but we sure fly pretty. 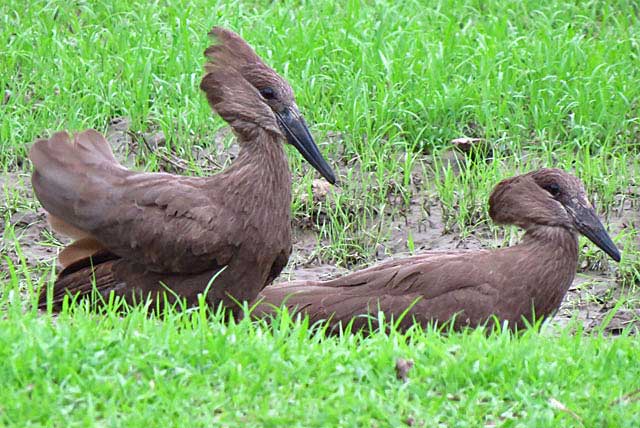 Fancy that. He called me a hammerhead.

“Being one of the only species in our genus, you’d think he’d have better breeding.”

Meet the “Hammerkops” – somewhere between a stork and a heron, they’re the only members of a big family from Africa, Southern Arabia, and Madagascar.

Go figure, they keep telling me to shut my mouth. I ain’t sayin nothin!

The African openbill is a bird of shallow wetlands found in sub-Saharan Africa and the space between the beak is supposed to be there. These storks feed almost exclusively on aquatic snails and freshwater mussels and the funny-looking bill helps the bird find its prey, and is a valuable tool, used to easily pry open mollusks. 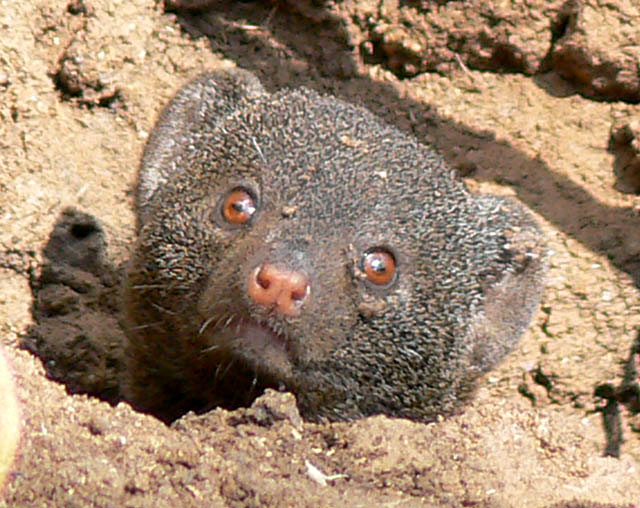 Hey, you? Quickly, hide… the birds are coming!

This is a common dwarf mongoose – sometimes called the Pygmy Mongoose. They live in dry grassland, open forests, and bush. They love termite mounds – their favorite sleeping place – and hollow, dead logs, next favorite.

The species ranges from East to southern Central Africa, from Eritrea and Ethiopia to the provinces of Limpopo and Mpumalanga in the Republic of South Africa.

A symbiotic relationship has developed between dwarf mongooses and hornbills; the hornbills look for the mongooses so that the two species can forage together, and warn each other of raptors and other predators. 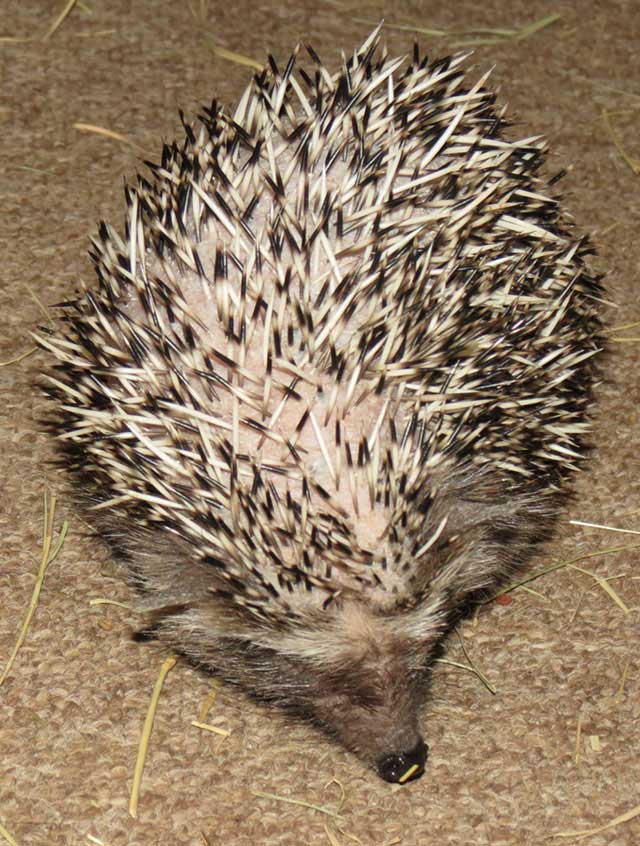 Hi. “Yep, you guessed it. I’m still searchin for that hedge.”

The Southern African hedgehog is a mammal found in Angola, Botswana, Lesotho, Namibia, South Africa, Tanzania, Zambia and Zimbabwe. These little guys (around 350 grams) are covered with spines made of keratin protein, all over except for the face, belly and ears.

During the day, they stay close where they live, in an area covered with vegetation. Hedgehogs also curl up into a ball and rest under logs or some such protected spot, until nightfall and being nocturnal, forage for food then. But hedges? No hedges in Africa. 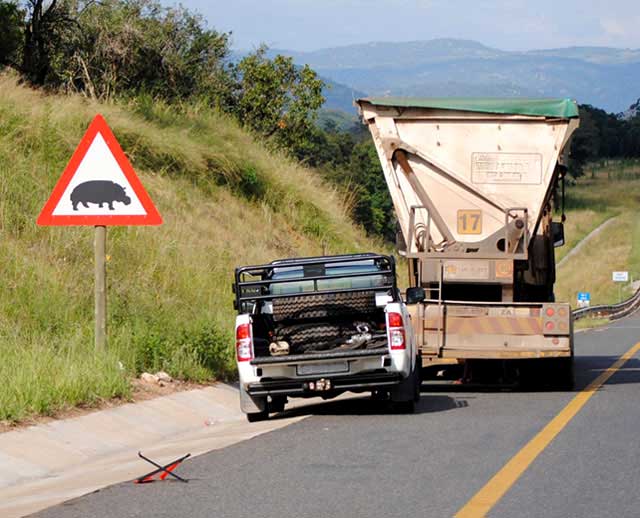 If I get back in one piece. I’m seriously putting in for a pay raise!

This is one occasion when ignoring the sign is best. Just to get the job done. Nah, a big stick won’t help! Now a Michigan front end loader, now that would help. 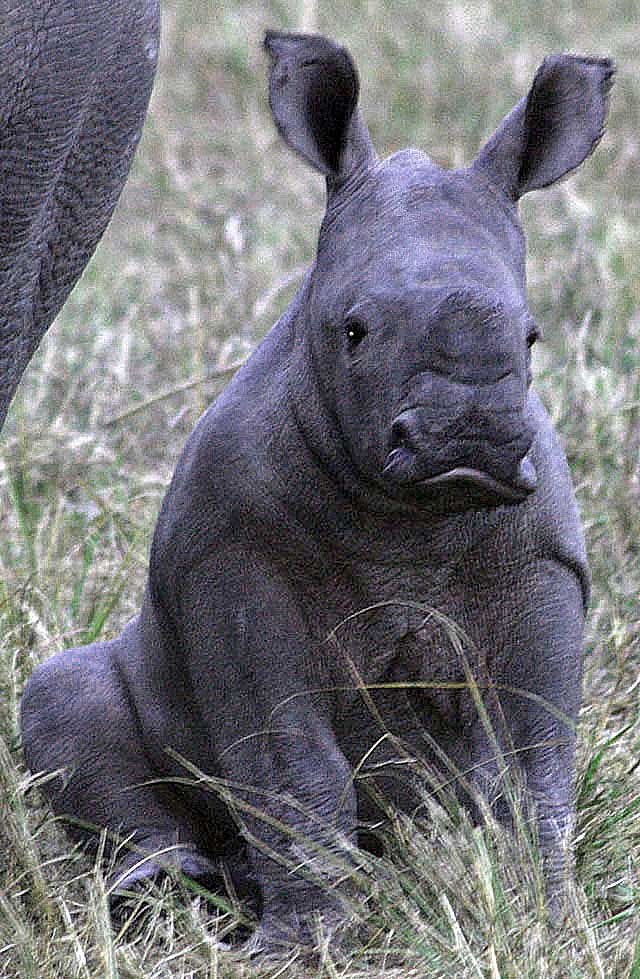 Aww, they never showed any wabbits.