Was Hippo Once Hairy? 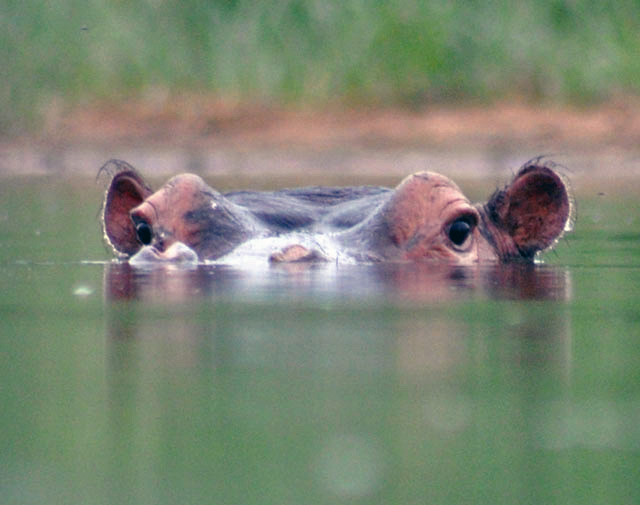 Long, long, ago somewhere in Africa… When all the people and animals were new… Is the story of how hippo lost his hair. Hare. No, not that hair, this Hare! As I said, Hare, had become pretty tired of Hippo’s vanity.

Oh yes, don’t laugh, Hippo was once very handsome indeed. That once was when Hippo was hairy. In fact, hairy all over and very silky was his hair, from his head to his long fluffy tail. Well, irrefutably so, but was it necessary to be overcome by your own beauty? Starting with Lion, Hippo would compare his mighty mane of hair, whilst looking at his fine reflection in the waterhole.

“Lion is a wimp, aside of me. Surely, I am the king of the beasts? He looks like a shaggy dog, no match to my beauty”

Then Hare heard how he mocked Leopard, as well.

“Oh Leopard. Look at me and my silky shiny fur. Not all pock marked, like your messy patch of pajamas.” Said Hippo, barreling with laughter. Now Hare, thought it not unjust to tell all the other animals he should happen upon, how he had heard Hippo mocking every one of them, in detail as well.

This stirred up a great fuss amid all the animals, who were not unfamiliar with the sort Hippo had turned into. Then before a lynch mob could be formed, Lion spoke out with a mighty roar, to address the crowd.

“Before you all take the law into your own hands, listen to my plan.” Lion, as you will remember, was wise. “We will make Hippo a great big, comfortable bed, with much grass under the great baobab tree, that looks like it was planted upside down. Then, every morning we will bring Hippo his food and worship him from new moon to new moon. Our purpose is to shame Hippo into not acting so almighty over us. We will wash him, clean him and brush him down until he shines.” As you can tell, Lion was wise and all the animals agreed to listen to his wise counsel.

Everyone set about to do all Lion had said, as well as doing all of Hippo’s bidding…